A new earthquake swarm was detected at the La Soufrière Volcano, St. Vincent and the Grenadines on April 5, 2021. The swarm was much more intense than the one detected from March 23 to 25. The alert level remains at Orange.

The new swarm of Volcano-Tectonic (VT) earthquakes which began at the volcano at 06:38 LT on April 5 continued at a fairly constant rate before starting to decline at about 14:00 LT.

The activity declined significantly at 16:00 LT although small Volcano-Tectonic earthquakes were still being recorded.

The largest VT earthquake was recorded at 14:16 LT, with a magnitude of 3.9. There were 9 more VT earthquakes in the swarm with magnitudes of 3.0 or more.

Yesterday's swarm was much more intense than the one that took place from March 23 to 25 and contained many more small earthquakes, with an average rate of about 50 earthquakes per hour compared with 1.5 per hour in March, the National Emergency Management Organisation (NEMO) St. Vincent and the Grenadines said.

There were several reports of earthquakes being felt today in communities close to the volcano such as Fancy and Chateaubelair. 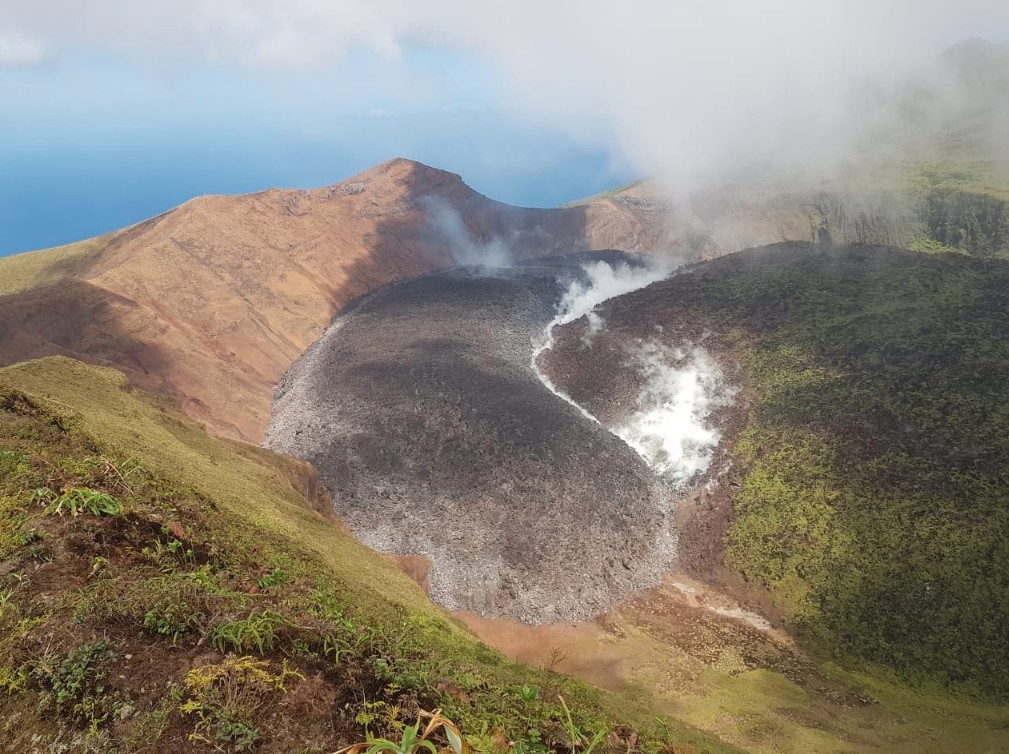 The NEMO is reminding the public that no evacuation order or notice has been issued and encouraging residents, especially persons living in communities close to the volcano, to be prepared in the event that it becomes necessary to evacuate at short notice.