A series of 50 relatively weak tremor episodes were recorded at Taal volcano, Philippines from 05:00 to 15:00 LT on Monday, February 15, 2021 (21:00 UTC on February 14 to 07:00 UTC on February 17). There is an increased possibility of sudden steam-driven or phreatic explosions, lethal accumulations or expulsions of volcanic gas, and minor ashfall from the Main Crater that can occur and threaten areas within Taal Volcano Island (TVI).

These tremor episodes ranged in duration from 2 to 5 minutes and occurred at shallow depths of less than 1 km (0.62 miles), signaling increased hydrothermal activity beneath Taal Volcano Island.

Since February 13, 2021, a total of 68 shallow tremor episodes have occurred in TVI.

Furthermore, geochemical data on the Main Crater Lake indicate continuous acidification of lakewater from a pH 2.79 to pH 1.59 between January 2020 and February 2021, an unseasonal temperature high of 77 °C (170 °F) and CO2/H2S gas flux ratios consistent with shallow magma degassing.

Ground deformation data from continuous electronic tilt on Volcano Island record a slight deflation localized around the Main Crater, although very slight inflation from GPS data and InSAR analysis and positive microgravity changes have been steadily recorded across the Taal region consistent with continuous magmatic degassing and hydrothermal unrest. 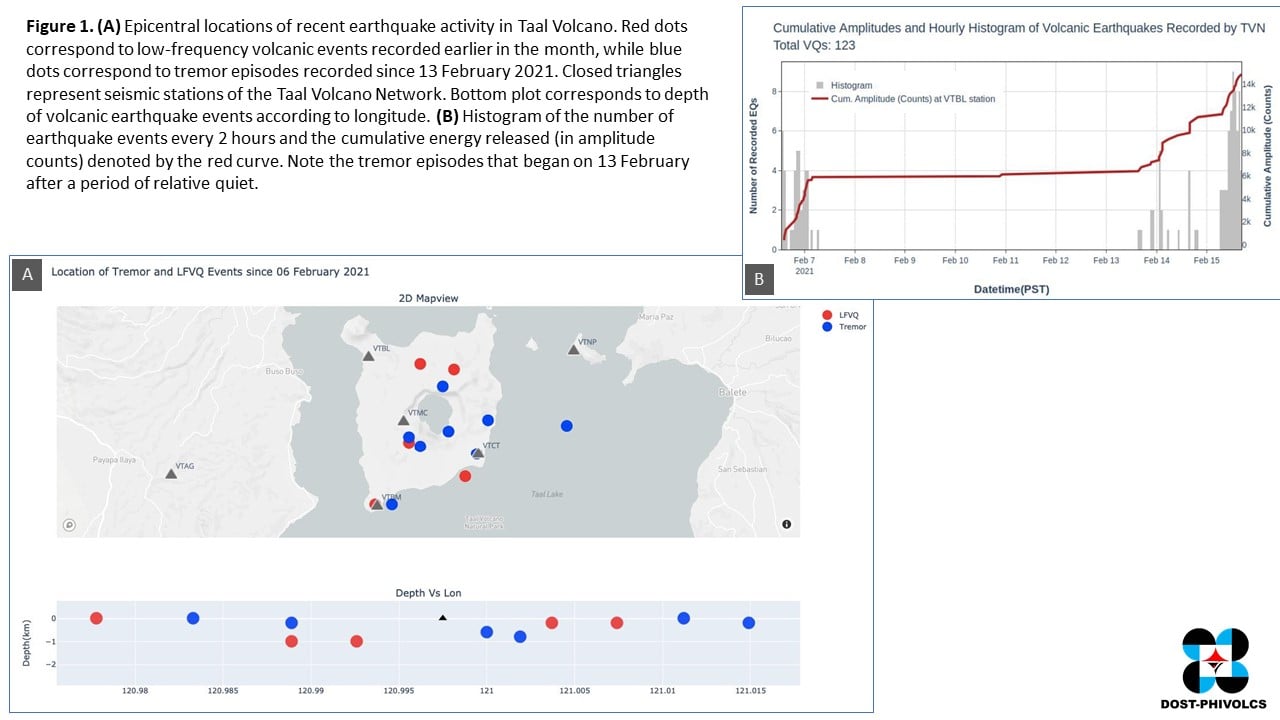 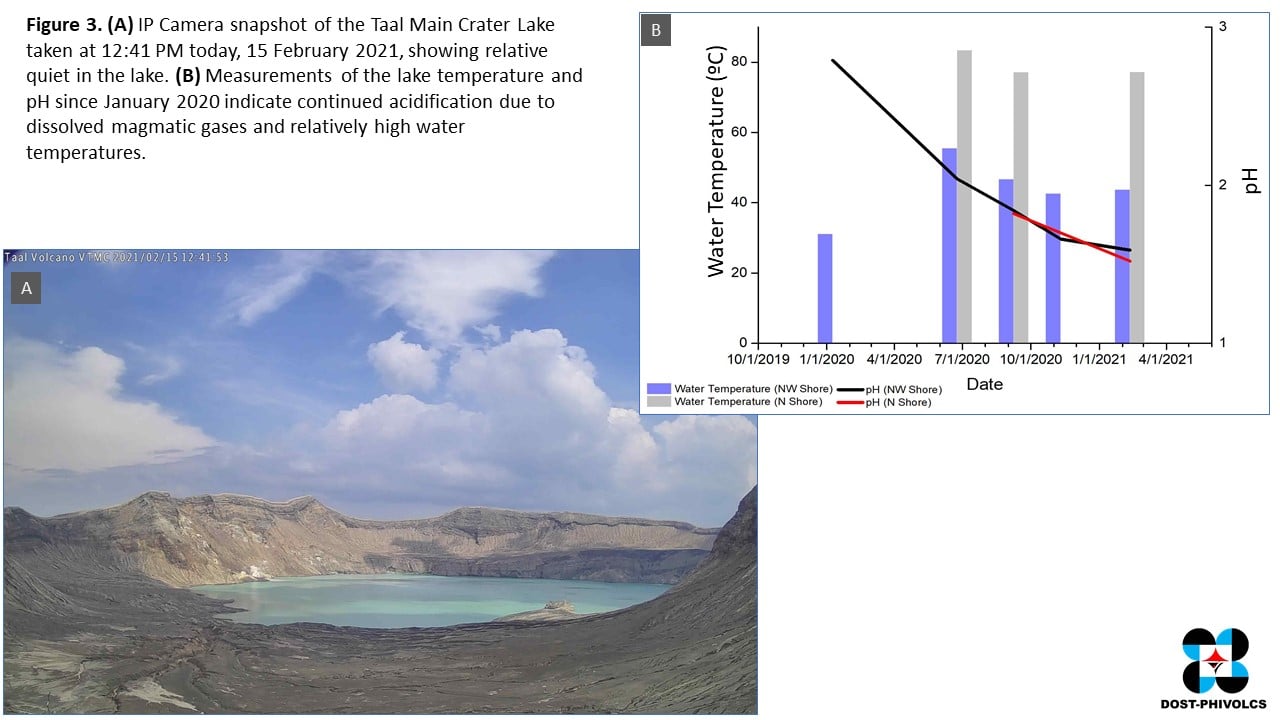 There is an increased possibility of sudden steam-driven or phreatic explosions, lethal accumulations or expulsions of volcanic gas, and minor ashfall from the Main Crater that can occur and threaten areas within TVI, PHIVOLCS said.

Civil aviation authorities must advise pilots to avoid flying close to the volcano as airborne ash and ballistic fragments from sudden explosions and wind-remobilized ash may pose hazards to aircraft.

Taal is one of the most active volcanoes in the Philippines and has produced some of its most powerful historical eruptions. Though not topographically prominent, its prehistorical eruptions have greatly changed the topography of SW Luzon. The 15 x 20 km (9 x 12 feet) Talisay (Taal) caldera is largely filled by Lake Taal, whose 267 km2 (103 mi2) surface lies only 3 m (9.8 feet) above sea level.

The maximum depth of the lake is 160 m (525 feet), and several eruptive centers lie submerged beneath the lake. The 5-km-wide (3.1 miles) Volcano Island in north-central Lake Taal is the location of all historical eruptions. The island is composed of coalescing small stratovolcanoes, tuff rings, and scoria cones that have grown about 25% in the area during historical time. Powerful pyroclastic flows and surges from historical eruptions have caused many fatalities. (GVP)