An extratropical storm moving northeast across the North Pacific is forecast to bring major waves, strong winds, and heavy rains and snow to Southeast Alaska on Tuesday, December 15, 2020. The system has already generated significant wave heights that are being pushed towards the region, and its impact is expected to be felt throughout the evening.

As of Tuesday morning, the system is seen intensifying and is forecast to further strengthen later in the day, reaching its peak strength. "It has grown quite big, with a well-developed broad wind field," said Severe Weather Europe.

These strong winds, which already generated high waves, is set to further trigger major ones as it moves east-northeast to the south and southeast of the storm's center, eventually heading towards Southeast Alaska. 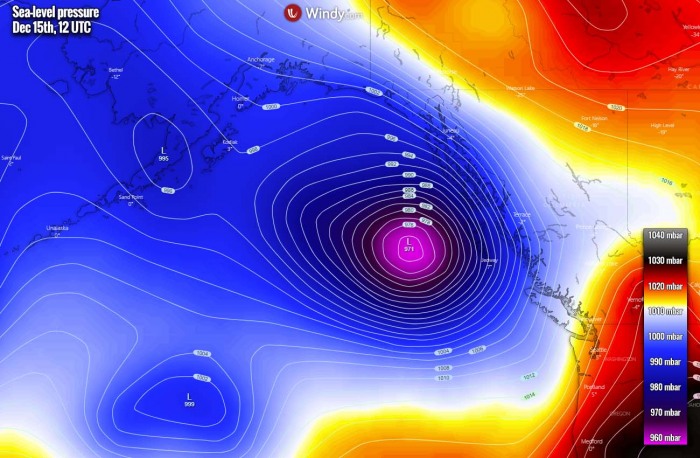 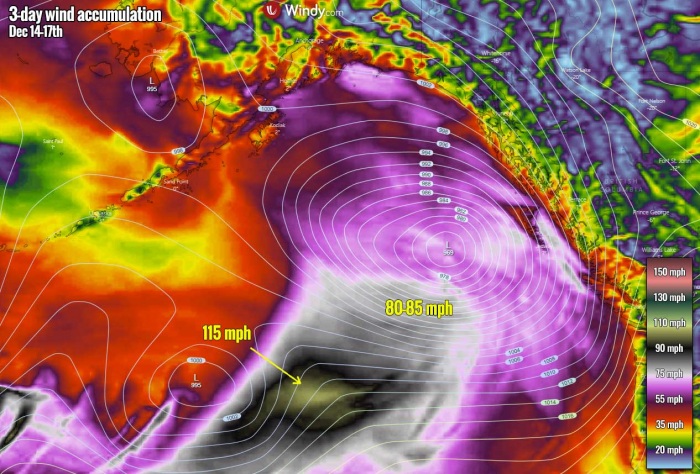 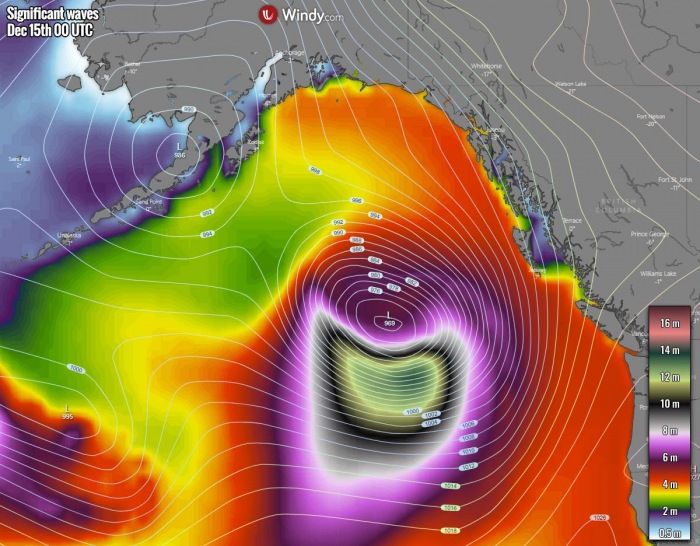 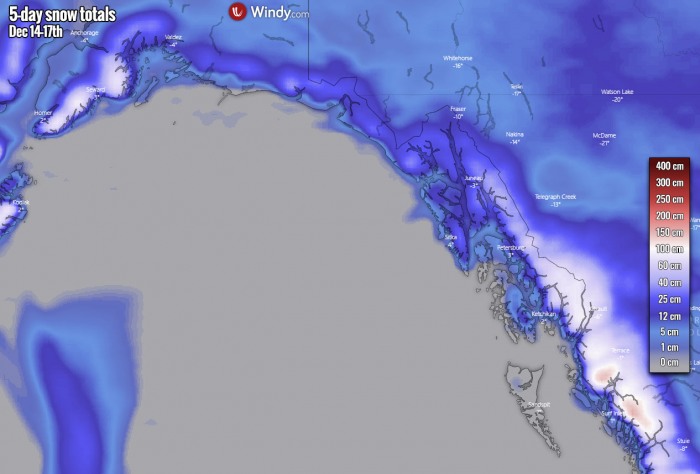 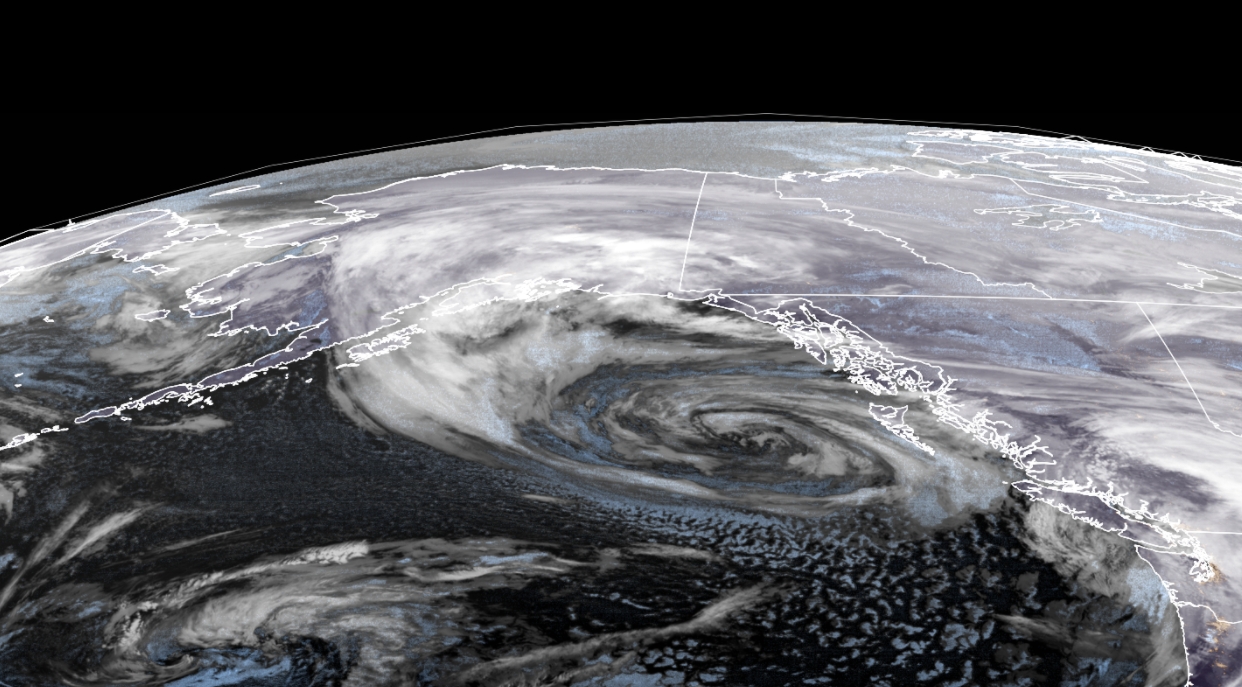 A lot of moisture will be pushed into the region, as well as into the Pacific Northwest of the United States and Canada, which will bring heavy rains and snow to the mountain range. In addition to major waves, river levels are also set to rise.

"The additional rain will certainly push the river levels much higher and flooding could become an issue with time," SWE warned.

SWE forecasts a trail of storms towards Alaska and the Pacific Northwest in the coming days, resulting in more rain and snow for this part of North America.