Intense Strombolian activity continues at Etna's Southeast Crater since December 13, 2020. The most recent paroxysmal episodes occurred at the Voragine crater in December 2015 and May 2016. Since then, activity at Etna's summit has never reached the intensity of a paroxysm until the evening of December 13.

Strombolian activity at the easternmost mouth of the Southeast Crater started at the beginning of December 2020 and rapidly intensified on the evening of Sunday, December 13, INGV's Boris Behncke said.

Lava fountaining during the first phase lasted a few tens of minutes and ended just before 23:00 UTC. Strombolian activity intensified at around midnight UTC on December 14, culminating in the second phase of lava fountaining, also lasting about 10 minutes.

Modest Strombolian activity continued throughout the rest of the night and morning, while the effusive activity ceased, and at dawn, there were few incandescent spots on the southwestern flow front. 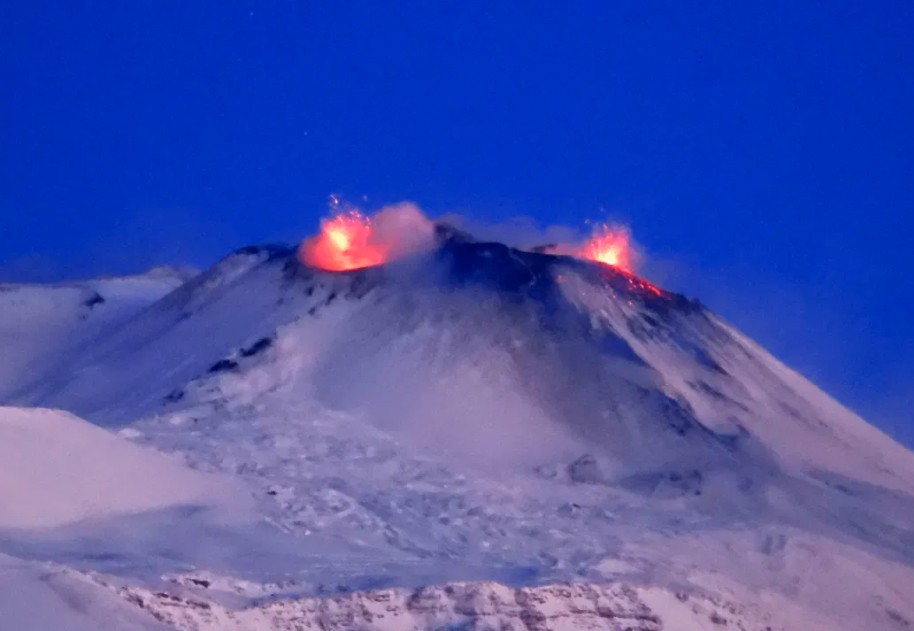 Simultaneous strombolian activity at Etna on the morning of December 2, 2020. Credit: INGV 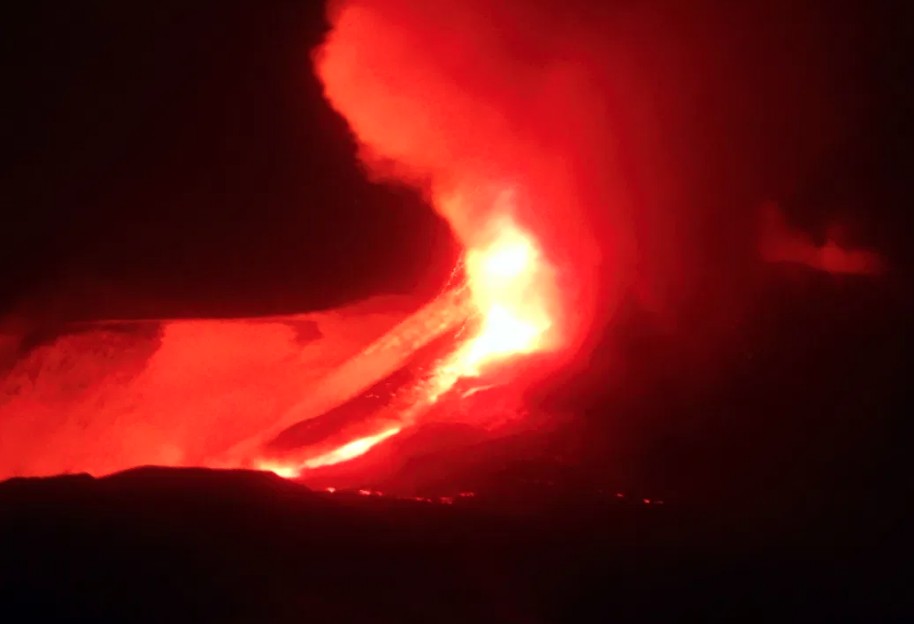 Fountains and lava flows during the second paroxysmal phase of the eruptive episode on the night between December 13 and 14, 2020. Credit: INGV 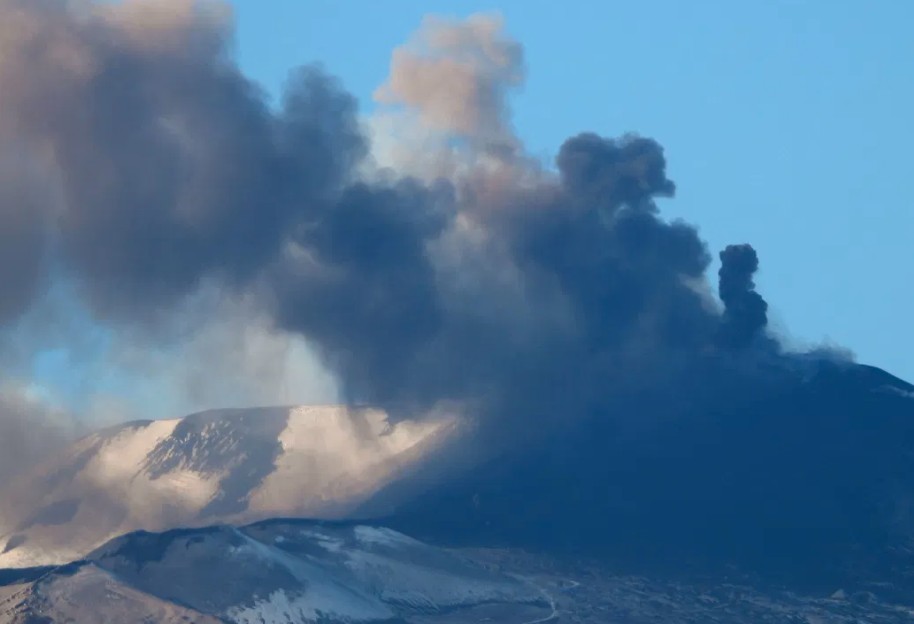 Ash emission from the Southeast Crater on the afternoon of December 14, 2020. Credit: INGV

During the day of December 14, the emission of ash increased and a vent further east was activated at the Southeast Crater, between the 'saddle mouth' and the easternmost vent.

An inspection carried out by INGV-Osservatorio Etneo personnel ascertained that the morphology of the Southeast Crater had undergone strong changes due to the activity of the previous night. The 'mouth of the saddle' has widened, and in its southwestern edge, there is a deep opening.

Lava emission from the southwestern side of the cone resumed.