Low-level seismicity continues at Korovin Volcano with no other signs of volcanic activity detected in infrasound sensors or partly cloudy satellite views, the Alaska Volcano Observatory (AVO) reported at 19:42 UTC on November 1, 2020. The last eruption at this volcano took place in 2007. Its strongest known eruption took place in 1998 (VEI 3).

AVO raised the Aviation Color Code and Alert Level at Korovin Volcano to YELLOW/ADVISORY at 17:51 UTC on October 28 based on recent satellite detections of significant sulfur dioxide emissions and an increase in seismicity to a level above background.

Discrete earthquakes have been detected over the past two weeks and sulfur dioxide degassing has been detected four times in satellite data on October 15, 20 and 26. 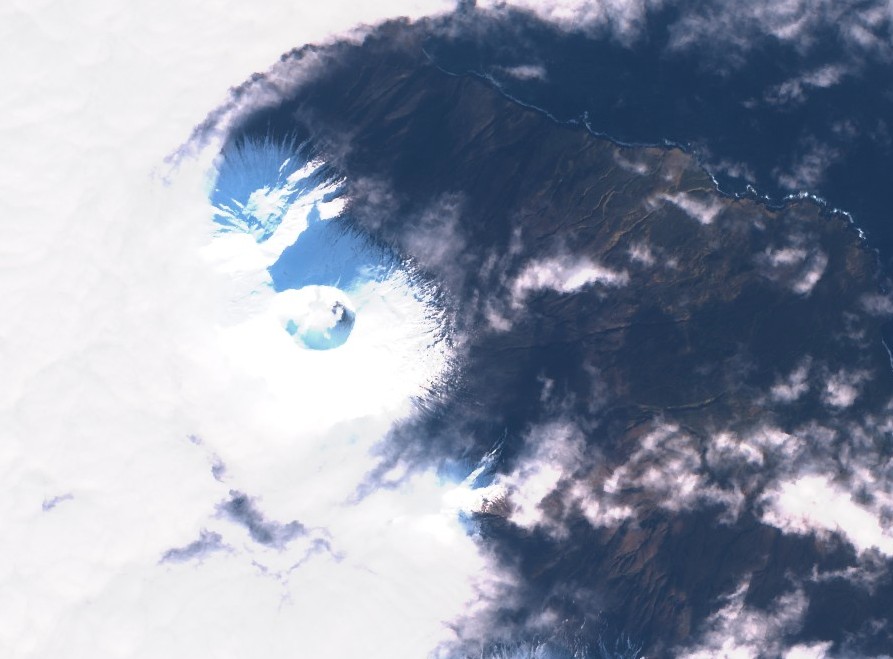 Korovin, the most frequently active volcano of the large volcanic complex at the NE tip of Atka Island, contains a 1 533 m (5 029 feet) high double summit with two craters located along a NW-SE line.

The NW summit has a small crater, but the 1 km (0.6 miles) wide crater of the SE cone has an unusual, open cylindrical vent of widely variable depth that sometimes contains a crater lake or a high magma column.

A fresh-looking cinder cone lies on the flank of partially dissected Konia volcano, located on the SE flank. The volcano is dominantly basaltic in composition, although some late-stage dacitic lava flows are present on both Korovin and Konia.