Tropical Storm "Eta" formed on November 1, 2020, and strengthened into a hurricane at 09:00 UTC on Monday, November 2. The official forecast calls for rapid intensification and Eta could very well be a major hurricane when it makes landfall in Nicaragua. Since Eta is likely to be a very slow-moving system after it makes landfall, torrential rains and flooding will be a major threat. Life-threatening storm surge, damaging winds, flash flooding, and landslides are expected across portions of Central America. 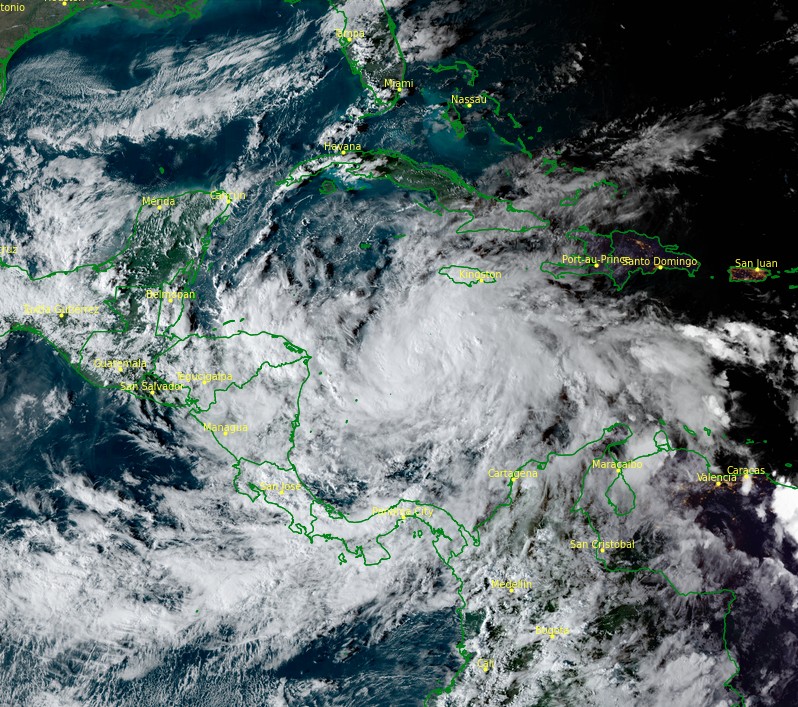 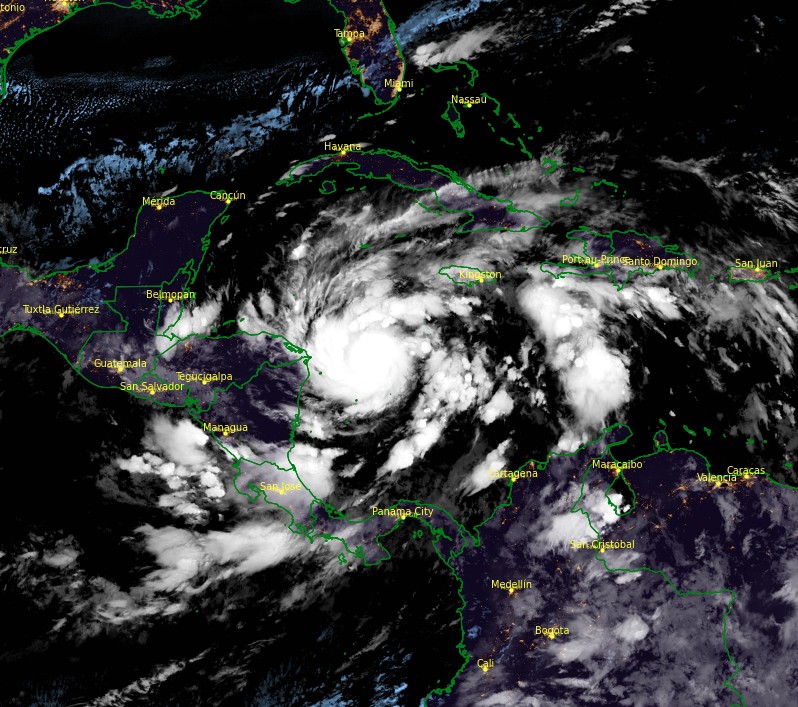 A Hurricane Warning is in effect for the coast of Nicaragua from the Honduras/Nicaragua border to Sandy Bay Sirpi.

A Tropical Storm Warning is in effect for the northeastern coast of Honduras from Punta Patuca to the Honduras/Nicaragua border. 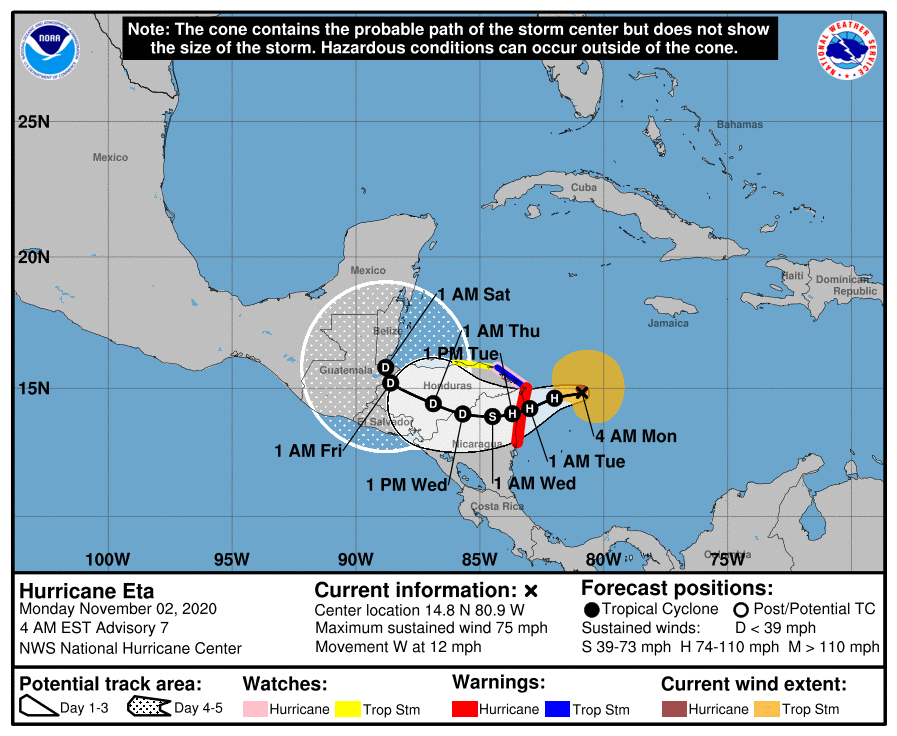 Eta is moving W at 19 km/h (12 mph) and this general motion is expected to continue through this morning (EST).

A slower motion toward the WSW is forecast by this afternoon (EST) and continuing into Tuesday, November 3.

On the forecast track, Eta is expected to approach to NE coast of Nicaragua this afternoon and make landfall within the Hurricane Warning area in Nicaragua by early Tuesday.

The center of Eta will then move farther inland over Nicaragua through early Wednesday, November 4 (EST).

This rainfall would lead to catastrophic, life-threatening flash flooding and river flooding, along with landslides in areas of higher terrain of Central America.

Flash flooding and river flooding would be possible across Jamaica, southeast Mexico, El Salvador, southern Haiti, and the Cayman Islands.

Near the coast, the surge will be accompanied by large and destructive waves.

Swells generated by Eta are expected to affect portions of the coast of Central America and the Yucatan Peninsula of Mexico during the next few days. These swells are likely to cause life-threatening surf and rip current conditions.

"After landfall, weakening will occur while the cyclone interacts with the very mountainous terrain of Central America," NHC forecaster Pasch said.

"Even though official forecast points are shown through day 5, it is doubtful that the surface circulation could survive after being inland that long over the mountains of Nicaragua and Honduras. Although some of the global models are showing a cyclone over the northwestern Caribbean later this week and into the weekend, it is not certain whether this is Eta, or a new system that could form in that area."