Two tropical systems are forecast to strike parts of the northern Gulf Coast starting Monday, August 24 into the mid-week.

Marco strengthened into a hurricane at 16:30 UTC on August 23 – the 3rd hurricane of the 2020 Atlantic hurricane season – while it was about 480 km (300 miles) SSE of the Mouth of the Mississippi River, moving NNW at 22 km/h (14 mph). It weakened back into a tropical storm later in the day but Hurricane and Storm Surge warnings remain in effect for parts of the northern Gulf Coast.

Tropical Storm "Laura" is currently near Cuba, moving over the warm waters of the Caribbean Sea and bringing heavy rains over Cuba and Jamaica. Laura has already brought floods and destruction to the Dominican Republic and Haiti.

Strong winds, life-threatening storm surge, and heavy rainfall are expected along portions of the Gulf Coast beginning on Monday, August 24, NHC forecaster Zelinsky noted. Interests in these areas should follow any advice given by local government officials.

Tropical Storm "Laura" could bring additional storm surge, rainfall, and wind impacts to portions of the U.S. Gulf Coast by the middle of the week. This could result in a prolonged period of hazardous weather for areas that may also be affected by Marco. Interests there should monitor the progress of Marco and Laura and updates to the forecast during the next few days. 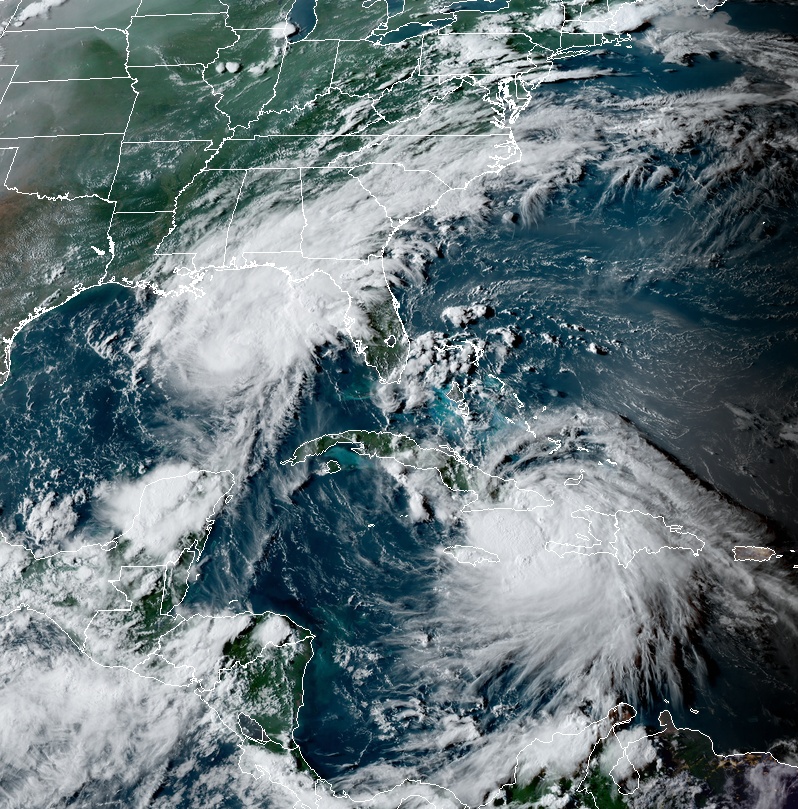 Marco is forecast to approach the coast of Louisiana Monday afternoon (LT), and then turn westward and move near or over the coast through Tuesday, August 25, NHC forecasters said.

Fluctuations in intensity are forecast over the next 24 hours, but Marco is expected to weaken rapidly by early Tuesday (LT).

"It is worth noting that Marco is a small tropical cyclone," NHC forecaster Zelinsky noted.

"The large area of Tropical Storm and Hurricane watches and warnings along the northern Gulf Coast is a reflection of the unusually high uncertainty in the forecast, and it is unlikely that all of those regions will experience tropical-storm-force winds or life-threatening storm surge associated with Marco.

"However, impacts will likely occur in some portions of the watch/warning area beginning on Monday, and heavy rain is likely across most of the region during the next couple of days. Changes to the watches and warnings are likely on Monday and users should consult products from their local weather forecast office for more information about potential hazards in their area." 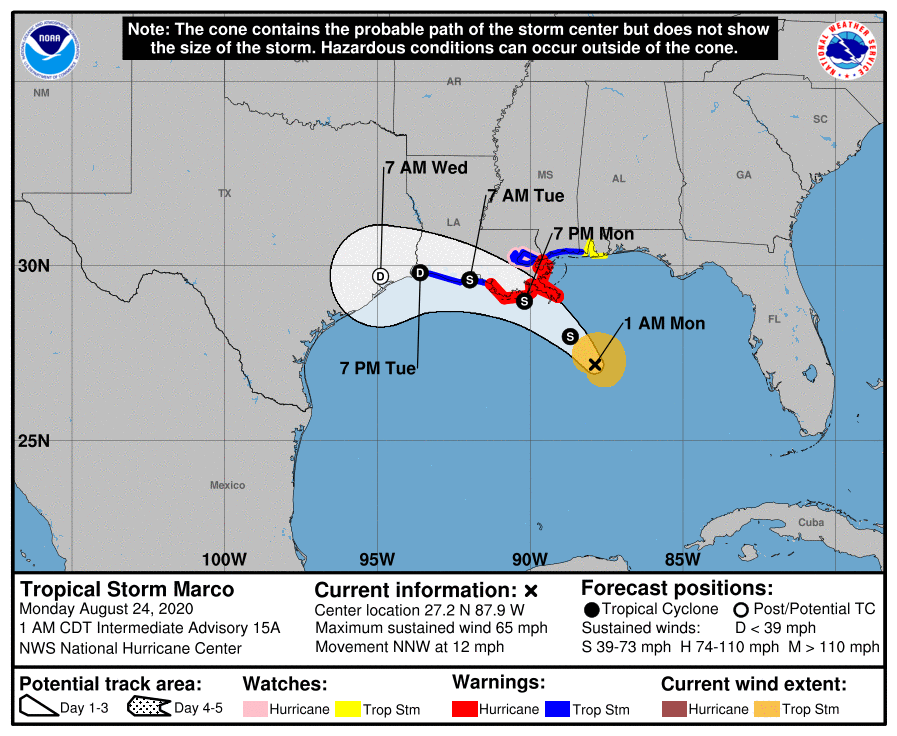 A Hurricane Warning is in effect for:
– Morgan City Louisiana to the Mouth of the Pearl River

A Storm Surge Watch is in effect for:
– Sabine Pass to Morgan City Louisiana
– Ocean Springs Mississippi to the Mississippi/Alabama border
– Lake Pontchartrain and Lake Maurepas

A Hurricane Watch is in effect for:
– Lake Pontchartrain, Lake Maurepas, and Metropolitan New Orleans

A Tropical Storm Warning is in effect for:
– Mouth of the Pearl River to the Mississippi/Alabama border
– Lake Pontchartrain, Lake Maurepas, and Metropolitan New Orleans
– Cameron to west of Morgan City

A Tropical Storm Watch is in effect for:
– Mississippi/Alabama border to the Alabama/Florida border 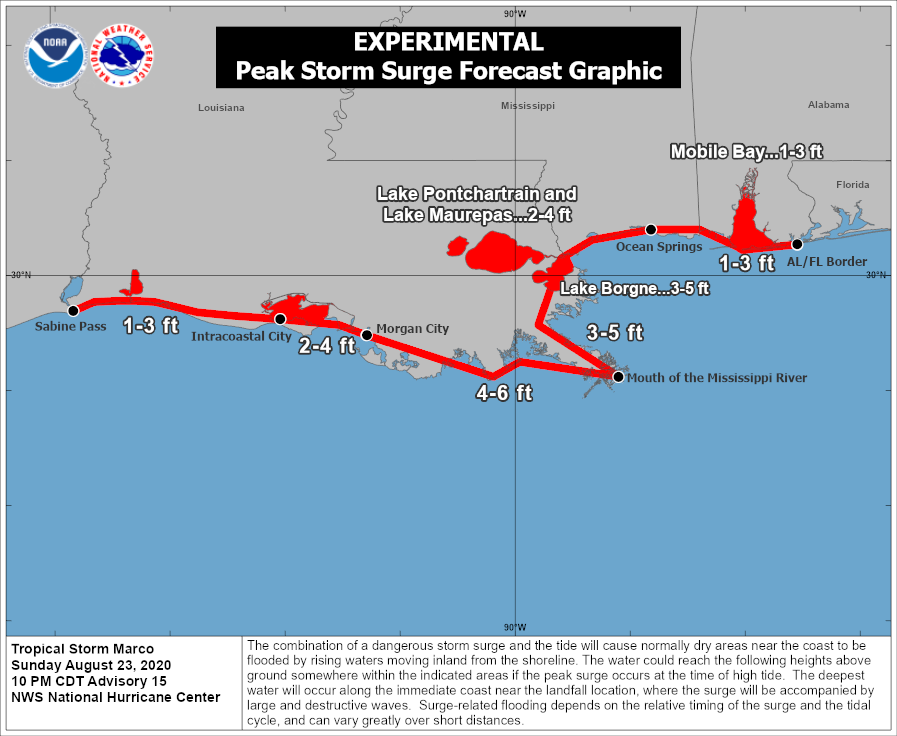 The deepest water will occur along the immediate coast in areas of onshore winds, where the surge will be accompanied by large and dangerous waves. Surge-related flooding depends on the relative timing of the surge and the tidal cycle, and can vary greatly over short distances.

Marco is expected to produce total rainfall accumulations of 75 – 125 mm (3 to 5 inches) with isolated maximum amounts of 250 mm (10 inches) across portions of the northeast and north-central Gulf coast through Tuesday. This rainfall may result in areas of flash, urban and small stream flooding along the area.

Swells generated by Marco are likely to affect portions of the northern Gulf Coast for the next couple of days. These swells are likely to cause life-threatening surf and rip current conditions.

The center of Laura is forecast to move over the Caribbean Sea just offshore the southern coast of Cuba today, and move into the southeastern Gulf of Mexico tonight and Tuesday.

Laura is then forecast to move over the central and northwestern Gulf of Mexico Tuesday night and Wednesday.

"Across the Greater Antilles, this heavy rainfall could lead to life-threatening flash and urban flooding, and the potential for mudslides," NHC forecaster Stewart warned.

From late Wednesday into Friday, Laura is expected to produce rainfall of 125 – 250 mm (5 to 10 inches), with isolated maximum amounts of 380 mm (15 inches) across portions of the west-central U.S. Gulf Coast near the Texas and Louisiana border north into portions of the lower Mississippi Valley.

This rainfall could cause widespread flash and urban flooding, small streams and tributaries to overflow their banks, and the possibility of some minor river flooding to this region. 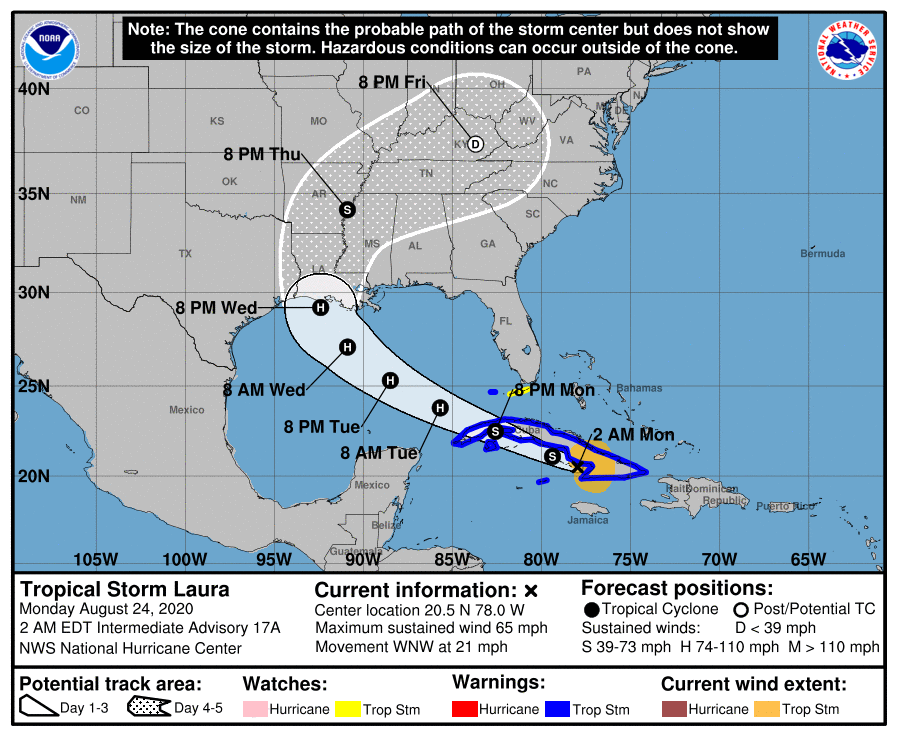 A Tropical Storm Watch is in effect for:
– Florida Keys from Craig Key to Key West

Tropical storm conditions are expected to spread westward within the warning area in Cuba through today, August 24.

Tropical storm conditions are expected in Little Cayman, Cayman Brac, and the Dry Tortugas today; possible within portions of the watch area in the Florida Keys today. 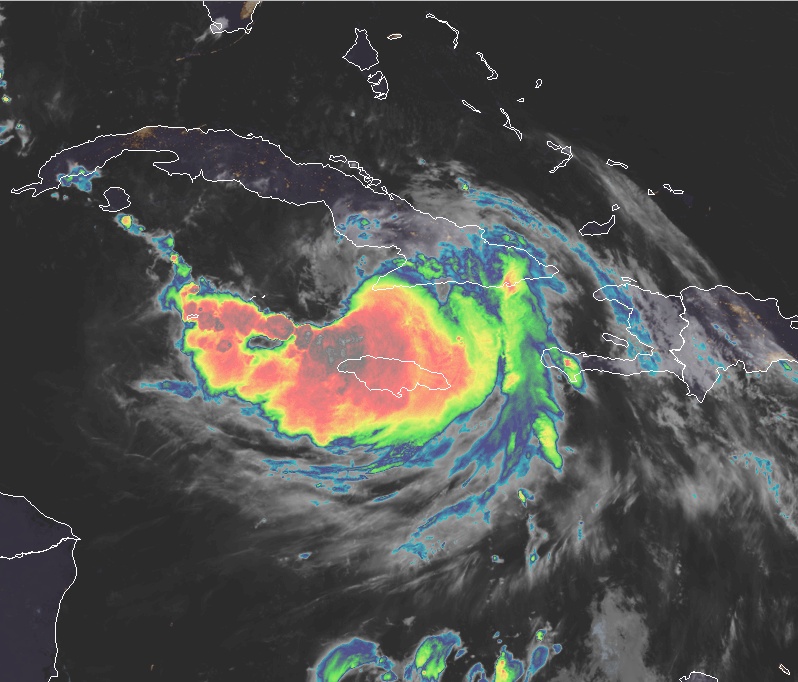 Swells generated by Laura are affecting portions of Hispaniola, eastern Cuba, the southeastern Bahamas, and the Turks and Caicos Islands.

These swells are expected to spread across central and western Cuba, the central and northwestern Bahamas, and the Florida Keys today.

An isolated tornado is possible across far southern Florida today.