If the Garlock Fault ruptured in a massive shock, it could possibly trigger a San Andreas earthquake north of Los Angeles, warned Ross Stein– the CEO of catastrophe modeling company Temblor, and Shinji Toda of Tohoku University.

"In our study, we developed a new method to forecast future seismicity," they wrote. "These forecasts are not earthquake predictions, which have so far proven impossible. Rather, they are probabilistic, framed in the language of chance."

"We use past seismicity, the stress imparted by recent large and moderate earthquakes and the equations governing how fault friction varies in time and space (‘rate-state friction’) to estimate the likelihood of future earthquakes of different sizes."

The scientists used machine learning technology, which estimates a 2.3 percent chance of an M7.7 Garlock Fault rupture in the following year. 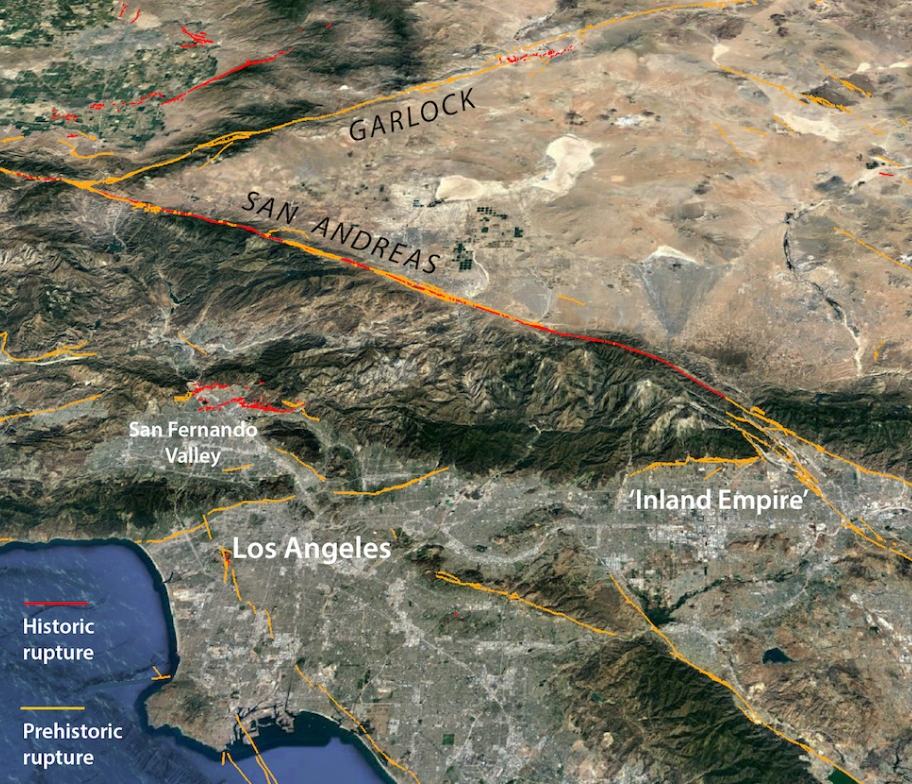 If the Garlock Fault rupture within about 48 km (30 miles) of its junction with the San Andreas Fault, it would raise the chances of a San Andreas rupture that extends to the southeast, on the Mojave section, by a factor of around 150.

"That translates into a 50-50 chance of a San Andreas Mojave section rupture (with a range, 25 percent-67 percent), either immediately following a Garlock quake, or after some delay."

The scientists estimate that the net probability of a massive San Andreas quake in the next 12 months is 1.15 percent.

"While small, this probability is 3.5-5.0 times higher than the annual chance of a large San Andreas earthquake in the ‘UCERF3’ benchmark model for California."

"But, as we have seen during the COVID-19 pandemic, low probability chain-reaction events do occur in nature, and when they do, their consequences can be great," they continued.

"It is the responsibility of scientists to assess the likelihood of such events, and then to bring them to the attention of the public and decision-makers." 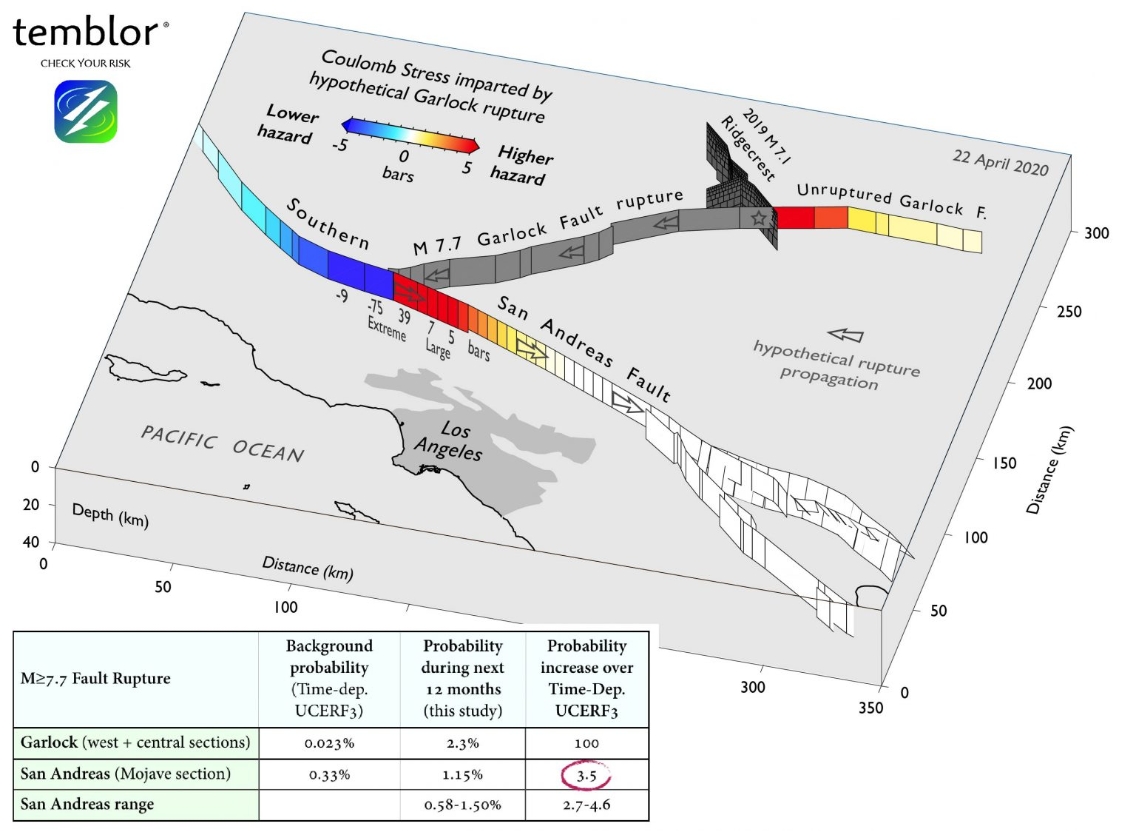 Meanwhile, seismologist Lucy Jones, who was not part of the study, said it "assumes a reason for quake triggering that is not consensus."

"The possibility of a San Andreas quake at any time should already be part of your planning or you shouldn't be in California," she added.