Nine of the fatalities were confirmed in Santa Catarina, where one person was also reported missing. The tenth casualty was in the southern Rio Grande do Sul, bordering Argentina and Uruguay.

Among the victims were a 78-year-old woman from Chapeco, who was hit by a tree; a man from Santa Amaro da Imperatriz, who was killed by high voltage wires, and a person in Tijucas, who died after being hit by a collapsed building.

Emergency services in the state responded to hundreds of calls for assistance on the onset of the storm.

State capital Florianopolis and the metropolitan region were hit the worst, where six of the victims died due to landslides.

A resident of Ilhota in greater Florianopolis told local media, "We have never seen anything like it. We always believed we were far from the kind of phenomena we were used to seeing on television of the Caribbean."

The Ijui and Gravatai rivers increased closed to flood levels, while the Sinos River already hit above the flood stage near Campo Bom.

Winds of up to 80 km/h (50 mph) whipped as far as the southeast state of Sao Paulo– where damage to a marina caused eight boats to sink– and in Rio de Janeiro.

In Parana, 3 127 people in 30 cities were affected. More than 600 houses were damaged, and at least 81 people were forced to evacuate. Thousands were left without power supply.

The state governments of Parana, Rio Grande do Sul, Santa Catarina had issued flood warnings and evacuated more than 1 000.

Meteorologists said the extratropical bomb cyclone came from the Atlantic Ocean and battered southern Brazil with winds of up to 110 km/h (68 mph).

According to Brazil's National Institute of Meteorology (INMET), more significant rains will hit the North and South regions of Brazil this week. 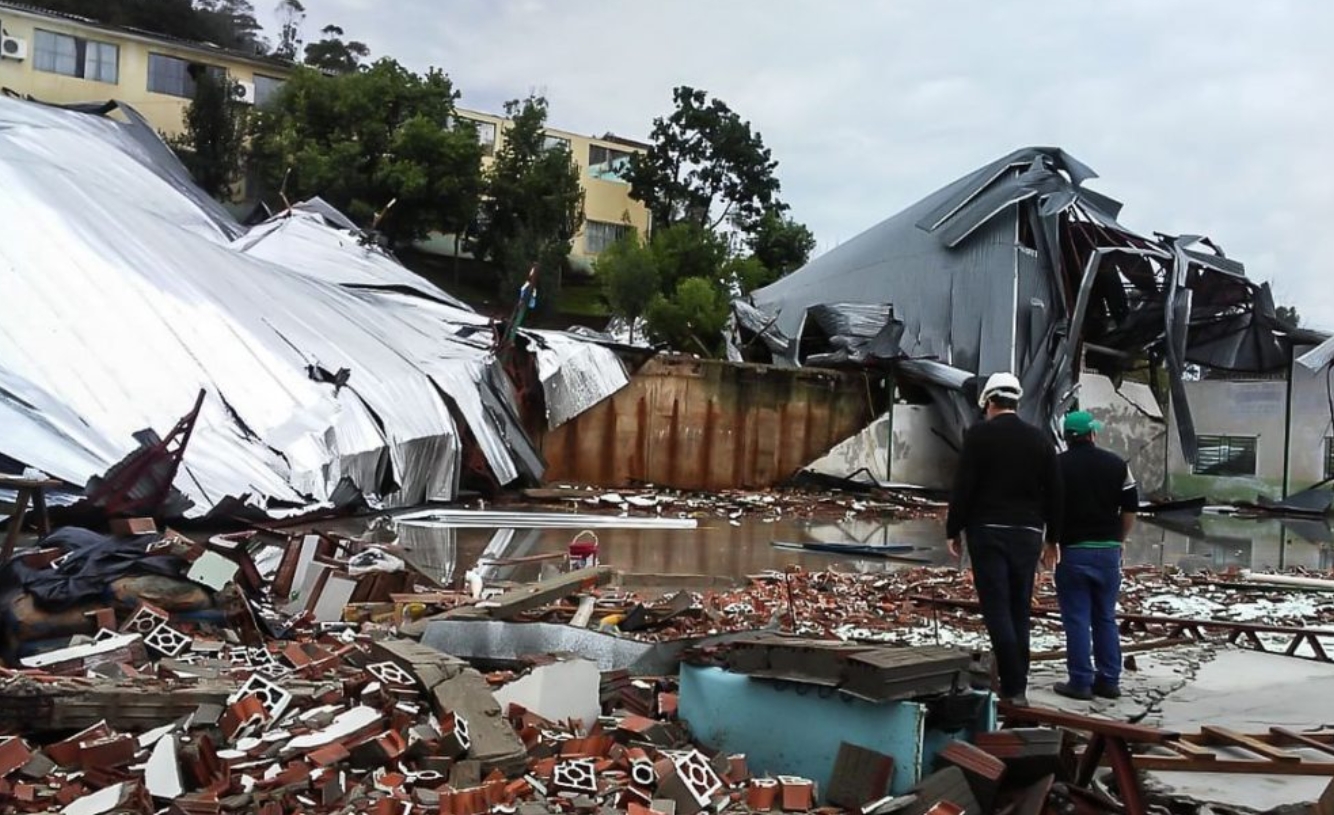