A new search of NASA's Kepler space telescope archive has uncovered a vampire star system undergoing super-outburst. Crafted to search for exoplanets, the spacecraft sometimes spots other objects that brighten or dim.

The newly-discovered star system consists of a white dwarf and its brown dwarf companion, which is around 10 percent as big as the former. The brown dwarf circles the white dwarf every 83 minutes at a distance of 402 336 km (250 000 miles).

Both objects are so close to each other that the white dwarf's powerful gravity sucks the brown dwarf's essence away, hence, the name vampire star. The stripped material forms a disk– known as an accretion disk– as it spirals toward the white dwarf.

The spacecraft was able to take data every half hour and capture major details of the event as the vampire star system went through a super-outburst.

"In a sense, we discovered this system accidentally," said Ryan Ridden-Harper of the Space Telescope Science Institute (STScI), in Baltimore, Maryland.

"These dwarf nova systems have been studied for decades, so spotting something new is pretty tricky, " Ridden-Harper. added.

"We see accretion disks all over– from newly forming stars to supermassive black holes– so it’s important to understand them." 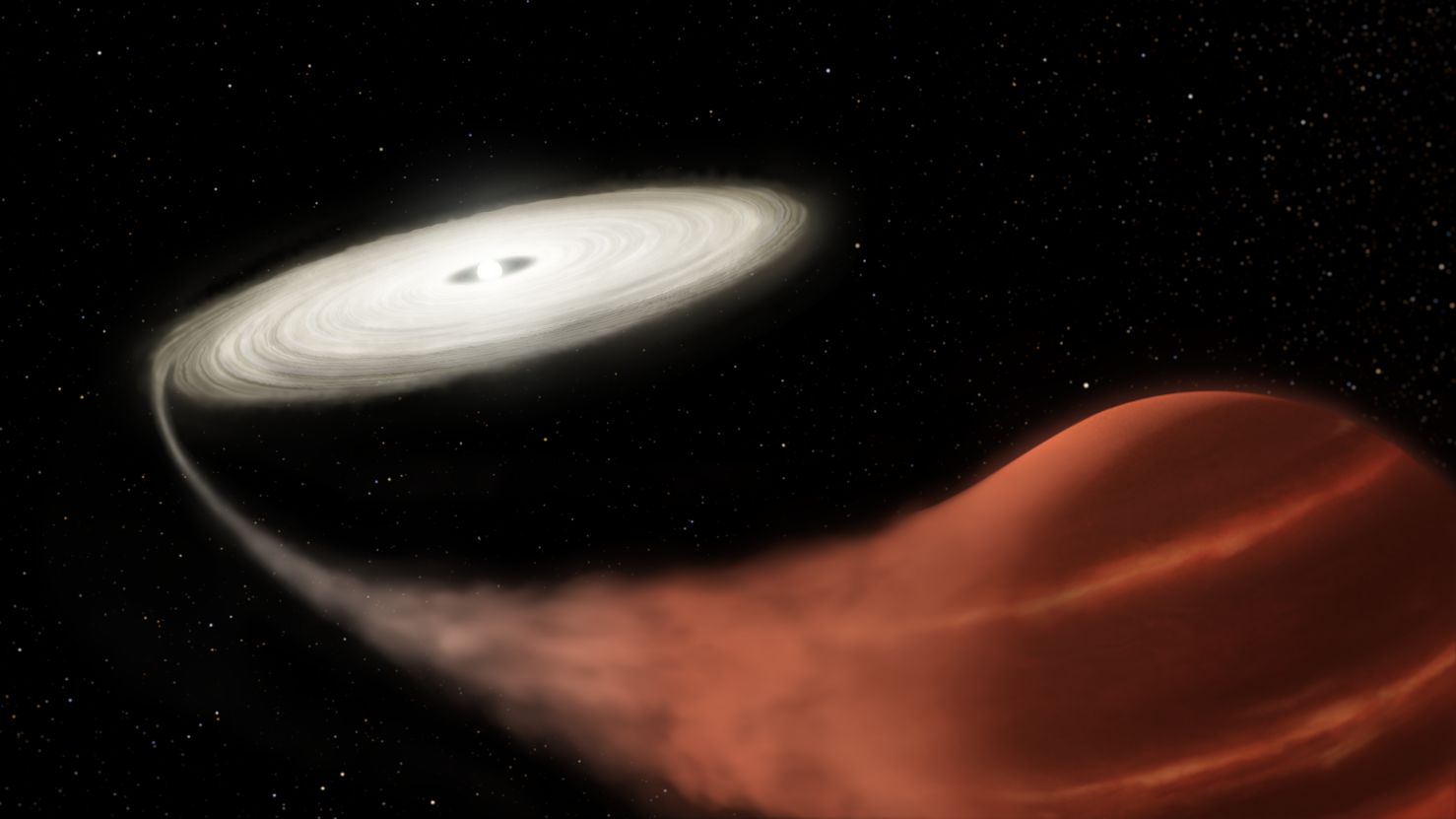 This illustration shows a newly discovered dwarf nova system, in which a white dwarf star is pulling material off a brown dwarf companion. The material collects into an accretion disk until reaching a tipping point, causing it to suddenly increase in brightness. Using archival Kepler data, a team observed a previously unseen, and unexplained, gradual intensification followed by a super-outburst in which the system brightened by a factor of 1 600 over less than a day. Image credit: NASA and L. Hustak (STScl)

We present the detection of an unusually large transient gas absorption in several ionized species in the debris disc star HD 37306 using high-resolution optical spectra. We have been analysing a large sample of debris discs searching for circumstellar gas absorptions aiming to determine the frequency of gas in debris discs. HD 37306 stood out showing remarkably broad absorptions superimposed on to several photospheric Ca II, Fe II, and Ti II lines. The observed absorptions, unlike typical exocometary transits, lasted for at least eight days. Here, we analyse simultaneous spectroscopic and photometric data of the event and evaluate different scenarios that might explain the observed features. We conclude that the most likely scenario might be an exocometary break-up releasing a significant amount of gas close to the star, producing an occulting ‘ring’/‘torus’ shape.