"During the 7 minutes around the closest approach, one of its scientific instruments detected low‐frequency radio emission of a type naturally generated by planetary ionospheres," the authors said.

"By measuring the frequency of this emission, we can directly calculate the density of the ionosphere around Parker, finding it to be far less dense than previous missions have encountered. This supports the theory that the ionosphere of Venus varies substantially over the 11-year solar cycle."

The data sonification in the video below translates data from Parker Solar Probe's FIELDS instrument — which detected the emission during a brief flyby on July 11, 2020 — into sound.

Glyn Collison of NASA's Goddard Space Flight Center recognized the signal from his previous work with NASA's Galileo orbiter, which explored Jupiter and its moons before the mission ended in 2003. A similar frown appeared whenever the spacecraft passed through the ionospheres of Jupiter's moons.

The researchers used this radio emission to calculate the density of the ionosphere that Parker Solar Probe flew through. Researchers last obtained direct measurements of Venus' ionosphere from Pioneer Venus Orbiter in 1992. Then, the Sun was near solar maximum, the stormy peak of the solar cycle.

In the years that followed, data from ground-based telescopes suggested big changes were taking place as the Sun settled into its calm phase, solar minimum.

While the bulk of the atmosphere remained the same, the ionosphere – which is at the top, where gases can escape to space – was much thinner during solar minimum. However, without direct measurements, it was impossible to confirm.

The observations from Parker Solar Probe's recent flyby, which occurred six months after the latest solar minimum, verify the puzzle in Venus' ionosphere, NASA said in a statement.

"When multiple missions are confirming the same result, one after the other, that gives you a lot of confidence that the thinning is real," said Robin Ramstad, a study co-author and post-doctoral researcher at the Laboratory of Atmospheric and Space Physics at the University of Colorado, Boulder.

Understanding why Venus' ionosphere thins near solar minimum is one part of unraveling how Venus responds to the Sun – which will help researchers determine how Venus, once so similar to Earth, became the world of scorching, toxic air it is today.

For example, Venus' ionosphere is prone to leaking, meaning the escape of energized gases into space. Gathering data on this and other changes in the ionosphere is key to understanding how Venus' atmosphere has evolved over time. 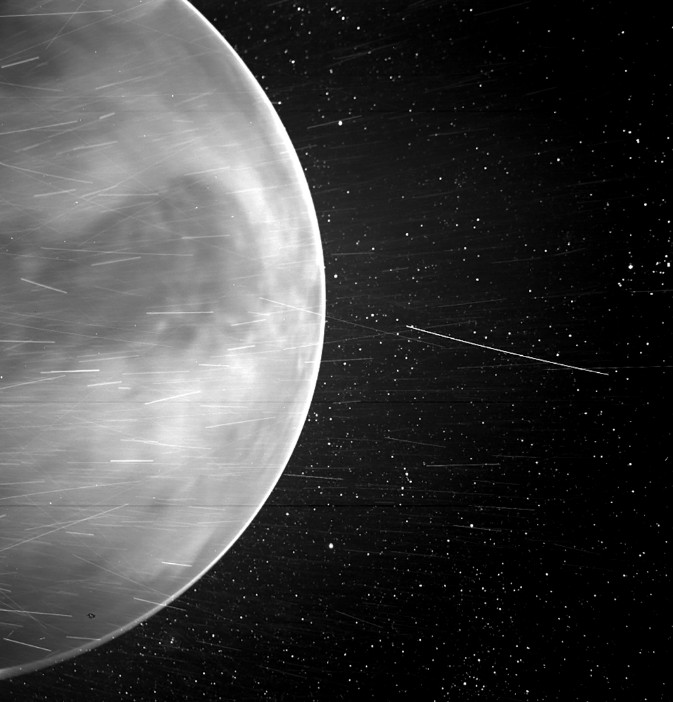 On July 11, 2020, NASA's Parker Solar Probe made its third flyby of Venus. The upper hybrid resonance emission was observed below 1 100 km (a first at Venus), revealing electron densities an order of magnitude lower than at solar maximum. These observations are consistent with a substantial variation in the density and structure of the Venusian ionosphere over the Solar Cycle.