An unusual tear-drop shaped star that only pulsates on one side has been discovered by amateur astronomers, who saw the anomaly in data taken by NASA's Transiting Exoplanet Survey Satellite (TESS). It is reportedly the first of its kind, and scientists are hoping to locate more similar systems as the technology used to study stars further improves.

"What first caught my attention was the fact it was a chemically peculiar star," said study co-author Dr. Simon Murphy from the University of Sydney's Institute for Astronomy. "Stars like this are usually fairly rich with metals– but this is metal-poor, making it a rare type of hot star."

The star, about 1.7 times the mass of the Sun, is located in the Milky Way, about 1 500 lightyears from Earth. Stars are known to pulsate, and even the Sun displays this kind of activity due to hot gas whipping beneath the surface that causes oscillations.

All pulsating stars are often similar in that the pulsating can be observed on all sides of the star, until the discovery of this unusually tear-dropped shape star, as it appears to be pulsating only in one hemisphere of its surface

"We've known theoretically that stars like this should exist since the 1980s," said co-author Don Kurtz, also an inaugural Hunstead Distinguished Visitor at the University of Sydney from the Britain's University of Central Lancashire.

"I've been looking for a star like this for nearly 40 years and now we have finally found one," Kurtz added. 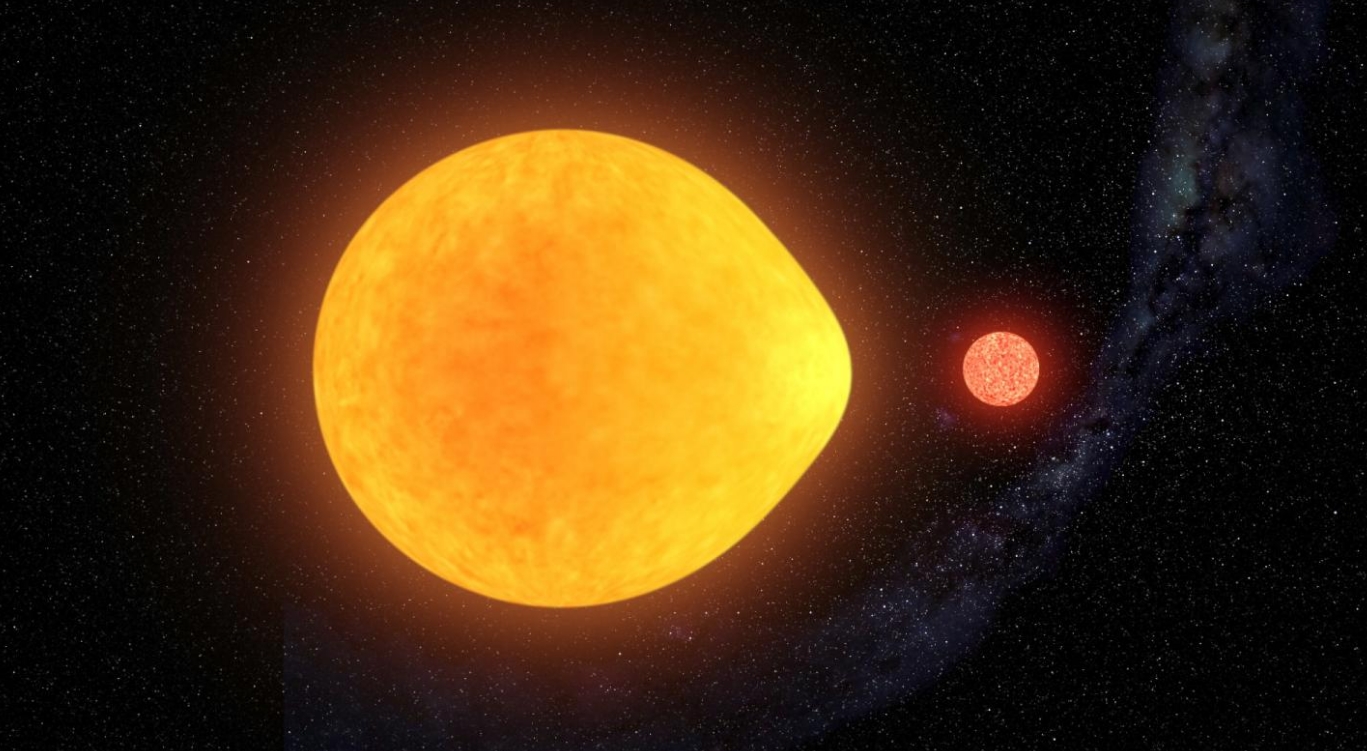 The researchers were also able to identify why this star is behaving in such a peculiar manner. It is one of two stars in a binary system, coupled with a red dwarf. In this case, the two stars orbit each other very closely that they whip around each other in less than two Earth days.

Given the proximity, the red dwarf's gravitational pull deforms the larger star's pulsations, distorting the star into a teardrop shape, instead of the usual sphere.

The astronomers were able to spot the star while looking for signals of planets around other stars. Many planets and exoplanets have been discovered to orbit red dwarfs.

"The exquisite data from the TESS satellite meant that we could observe variations in brightness due to the gravitational distortion of the star as well as the pulsations," said lead author Gerald Handler, also a professor at Poland's Nicolaus Copernicus Astronomical Center.

Researchers were able to identify the source of the pulsation as the star varied in observations, based on changes in brightness, angle, and its orientation in the binary system.

"As the binary stars orbit each other we see different parts of the pulsating star," said co-author David Jones, a researcher at the Institute of Astrophysics of the Canary Islands.

With this newly-found knowledge, researchers believe there may be more of these stars, expecting to further find such types "hidden in the TESS data."

It has long been suspected that tidal forces in close binary stars could modify the orientation of the pulsation axis of the constituent stars. Such stars have been searched for, but until now never detected. Here we report the discovery of tidally trapped pulsations in the ellipsoidal variable HD 74423 in Transiting Exoplanet Survey Satellite (TESS) space photometry data. The system contains a δ Scuti pulsator in a 1.6 d orbit, whose pulsation mode amplitude is strongly modulated at the orbital frequency, which can be explained if the pulsations have a much larger amplitude in one hemisphere of the star. We interpret this as an obliquely pulsating distorted dipole oscillation with a pulsation axis aligned with the tidal axis. This is the first time that oblique pulsation along a tidal axis has been recognized. It is unclear whether the pulsations are trapped in the hemisphere directed towards the companion or in the side facing away from it, but future spectral measurements can provide the solution. In the meantime, the single-sided pulsator HD 74423 stands out as the prototype of a new class of obliquely pulsating stars in which the interactions of stellar pulsations and tidal distortion can be studied.