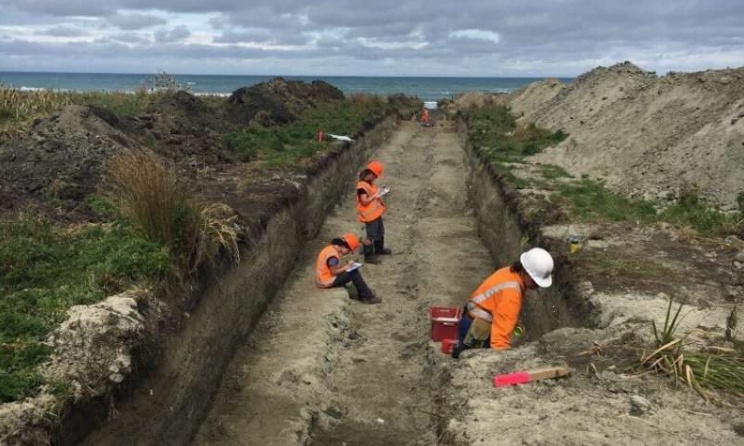 A newly-found complex fault system north of Gisborne, New Zealand, may shed new light on the threats of earthquakes and tsunami in the region, according to a study led by GNS Science.

The researchers used radiocarbon and other methods to identify the ages of marine terraces at two North Island sites– Puatai Beach and the Pakarea River mouth.

Scientists initially believed that the youngest terraces were made at the same time by a fissure in the Hikurangi subduction zone– a major fault area along the boundary of the Pacific Plate and the Australian Plate, or a single-fault quake in the upper plate.

However, radiocarbon dating of beach shells and layers of volcanic ash indicated the uplift occurred at different times.

"New research techniques allow us to build a high-resolution picture of where and how these uplifts occurred," said Litchfield.

"We're now confident that each terrace represents an individual quake – and the patterns of uplift allowed us to map new offshore faults in the region." 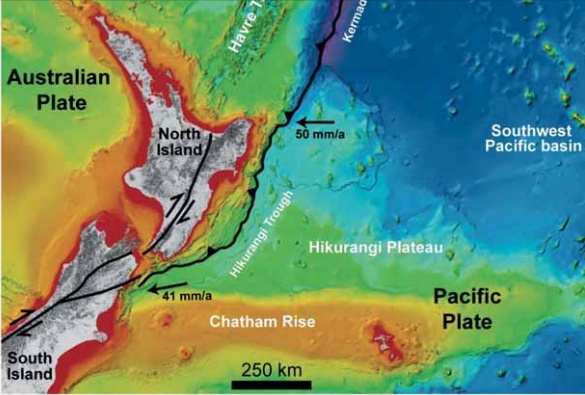 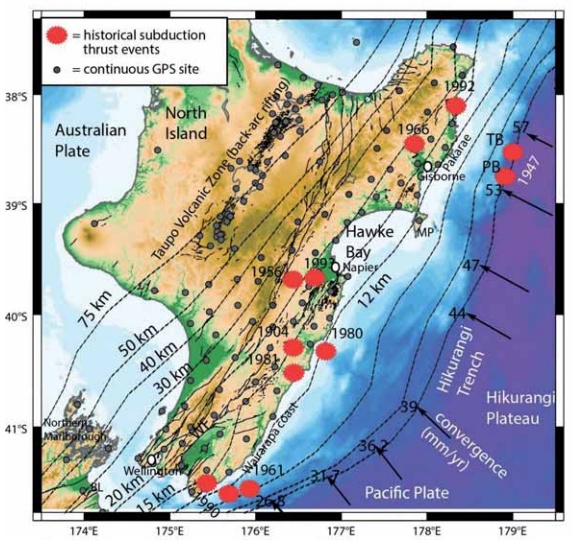 Litchfield noted that the M7.8 Kaikoura earthquake in 2016 prompted seismologists to examine the mechanisms behind complex multiple-fault tremors.

The findings may help scientists further understand the dangers posed by the Hikurangi subduction zone to the East Coast.

"Since the newly identified faults are close to the coastline, this may mean short warning times for a tsunami," she explained. "We need to learn more about these newly mapped offshore faults, how they might rupture together, and what they mean for the overall seismic hazard."

The study was part of a bigger work program led by GNS Science's Dr. Laura Wallace and funded by a grant from the MBIE Endeavour Fund, which aims to discover the secrets of the subduction zone.