Astronomers on the hunt for an intermediate-mass black hole at the heart of the globular cluster NGC 6397, found something they weren’t expecting — a concentration of smaller black holes lurking there instead of one massive black hole. 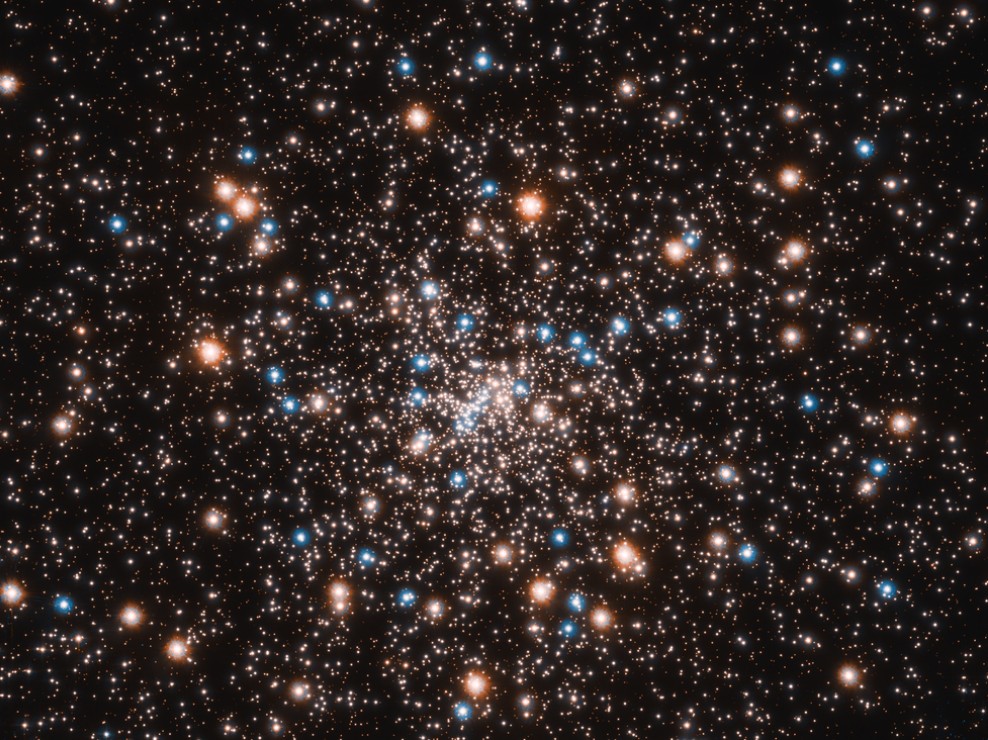 We analyze proper motions from the Hubble Space Telescope (HST) and the second Gaia data release along with line-of-sight velocities from the MUSE spectrograph to detect imprints of an intermediate-mass black hole (IMBH) in the center of the nearby, core-collapsed, globular cluster NGC 6397. For this, we use the new MAMPOSST-PM Bayesian mass-modeling code, along with updated estimates of the surface density profile of NGC 6397. We consider different priors on velocity anisotropy and on the size of the central mass, and we also separate the stars into components of different mean mass to allow for mass segregation. The velocity ellipsoid is very isotropic throughout the cluster, as expected in post-core collapsed clusters subject to as strong a Galactic tidal field as NGC 6397. There is strong evidence for a central dark component of 0.8 to 2% of the total mass of the cluster. However, we find robust evidence disfavoring a central IMBH in NGC 6397, preferring instead a diffuse dark inner subcluster of unresolved objects with a total mass of 1000 to 2000 M⊙, half of which is concentrated within 6 arcsec (2% of the stellar effective radius). These results require the combination of HST and Gaia data: HST for the inner diagnostics and Gaia for the outer surface density and velocity anisotropy profiles. The small effective radius of the diffuse dark component suggests that it is composed of compact stars (white dwarfs and neutron stars) and stellar-mass black holes, whose inner locations are caused by dynamical friction given their high progenitor masses. We show that stellar-mass black holes should dominate the mass of this diffuse dark component, unless more than 25% escape from the cluster. Their mergers in the cores of core-collapsed globular clusters could be an important source of the gravitational wave events detected by LIGO.