Gloria is forecast to strengthen and persist until Tuesday, January 21, with Alicante, Valencia, and the Balearic Islands expected to be the worst-hit regions.

Airport operator Aena SA said they were forced to close Alicante airport for 24 hours due to the extreme weather. This resulted in the disruption of around 200 flights.

The storm also brought snowstorms across the northern part of the country. In Asturias, a man died after being hit by a vehicle on a snowy road, according to a spokeswoman for the emergency services. Local media said he was struck while fitting chains to his car.

The second victim was a homeless man who died of hypothermia in the resort town of Gandia; the third was mortally injured by flying debris in the central region of Avila. 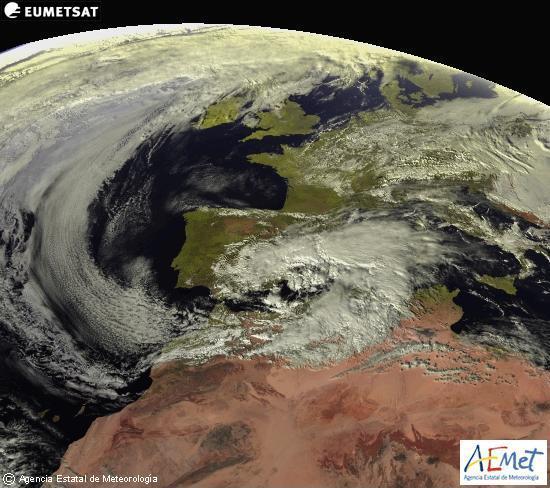 Meanwhile, in Barcelona, authorities advised people to avoid going to beaches as waves are expected to be rough. Public parks were also closed across Madrid.

The State Agency of Meteorology (AEMET) issued red weather alerts across 10 provinces as winds of up to 130 km/h (80 mph), waves up to 7 m (22 feet) and heavy snow are expected to continue into January 21.

Furthermore, Aemet declared a red alert across 10 provinces in expectation of winds of up to 130 kilometers per hour (80 mph), seven-meter (22-foot) waves, and heavy snowfall.