Two Australian firefighters were killed and three others were injured while battling out-of-control blazes southwest of Sydney late Thursday, December 19, 2019, the New South Wales Rural Fire Service confirmed. The firemen's truck crashed into a tree then rolled off the road.

According to authorities, the truck was traveling as part of a convoy when the accident occurred– it hit a tree on Wilson Drive in Buxton, before rolling off the road about 12:30 UTC (23:30 LT).

The firefighters were identified as Geoffrey Keaton, 32, and Andrew O’Dwyer, 36, both fathers to 19-month-old children.

The injured firefighters were treated by paramedics then taken to the hospital. NSW Premier Gladys Berejiklian said they were now in stable condition.

The incident was near the Green Wattle Creek Fire, one of two bushfires still burning at an emergency level through Thursday night. 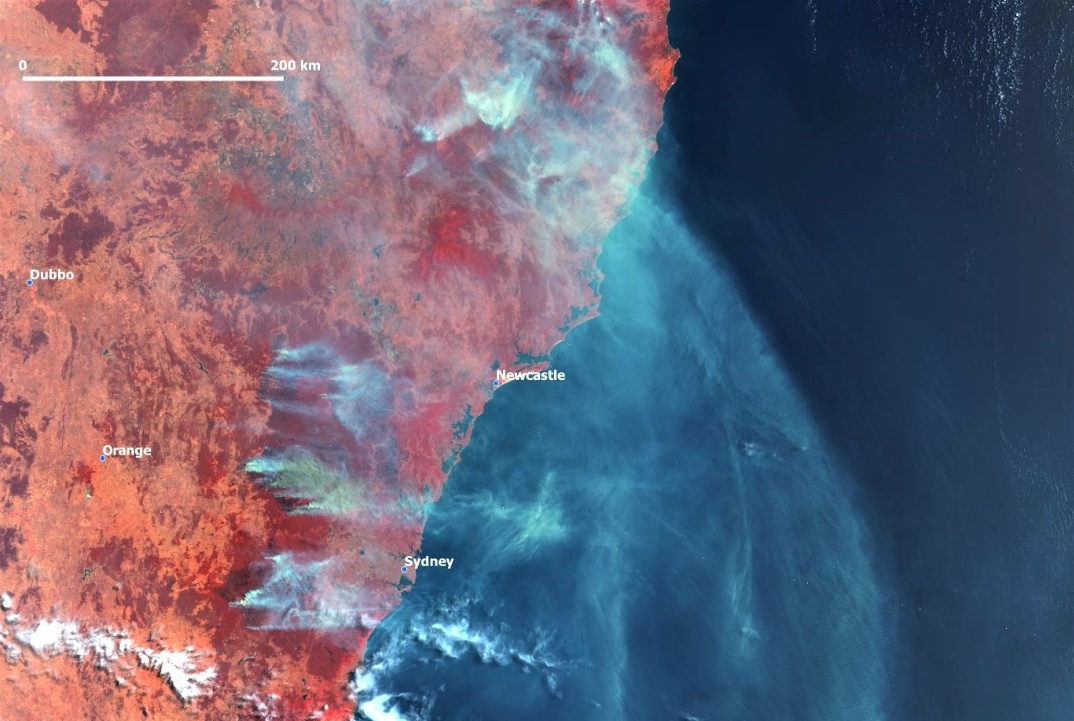 "To not be coming home after their shift is a tremendous grief, and I applaud the families and the loved ones for their remarkable comprehension of what’s been unfolding," he said.

Fitzsimmons described the two firefighters as heroes, saying, "there is a definition of [a] hero and these two lines up to it."

An investigation has been launched into the circumstances surrounding the crash.

The tragedy forced Prime Minister Scott Morrison to cut short a vacation in Hawaii, as temperatures were also set to worsen.

Black armbands and a flag at half-mast at the Balmoral Fire Brigade after two firefighters were killed last night trying to protect the village @SBSNews #NSWfires #NSWRFS #nswbushfire #NSWbushfires pic.twitter.com/4jPNhTrdLQ

The fire has crossed the railway line near Balmoral. #nswrfs #nswfires pic.twitter.com/TanlvHhZ6Q

It's just making me sad to watch this happening. It is literally breaking my heart.  #SAFires #nswbushfire pic.twitter.com/bEGyoAktPo

Unprecedented: you can’t get in or out of Lithgow. Houses close to bush land are under threat. They almost lost the village of Cullen Bullen last night. BE AWARE OF EMBER ATTACK; Oakey Pk, Corney Town, Morts Est. Vale of Clwydd. #nswbushfire pic.twitter.com/83HojwK891

Morrison said the two firefighters were "bravely defending their communities with an unmatched spirit and a dedication that will forever set them apart amongst our most courageous Australians."

"Their sacrifice and service saving lives and saving properties will be forever remembered. I wish those injured all the best in their recovery," the prime minister added.

"I deeply regret any offense caused to any of the many Australians affected by the terrible bushfires by my taking leave with family at this time," Morrison said as his absence amid the nation's crisis sparked public outrage, with the government's failure to deliver adequate climate change policies also pointed out.

New South Wales declared a seven-day state of emergency on December 19, as around 2 000 firefighters battle 100 wildfires across the state.

The fires have resulted in days of poor air quality and heavy pollution in the city. Commuters were advised to wear breathing masks as the air quality has pummeled to hazardous levels not previously experienced in Sydney.

"Currently, there are 100 bush and grass fires in NSW, 55 still to be contained. Crews are taking the opportunity of favorable conditions over coming hours to consolidate containment options supported by heavy plant ahead of dangerous fire conditions tomorrow," NSW RSF said on Friday, December 20.

On the same day, power has been cut in several towns in South Australia and some homes in Adelaide are believed to have been destroyed in fires.

Melbourne shrouded in haze, while catastrophic fire danger is forecast for parts of NSW, including Greater Sydney. Almost 70 fires were also raging across Queensland.

Emergency warnings remain in place in the Adelaide Hills, on Kangaroo Island, and on the Yorke Peninsula. One person has died in a car crash near Lameroo, in the bushfire zone. Reports said it was not clear at this stage whether they were fleeing the fire.

The Adelaide Hills appear to have sustained major damage. One person has been reported missing.

In addition, eight people– four firefighters, three police officers, and one other person– have been treated for burns and smoke inhalation in SA.

NSW has prepared for catastrophic bushfires on Saturday, December 21, as temperatures are also expected to hit 40 °C (104 °F) on the weekend.

A warning has been issued for Greater Sydney, Illawarra/Shoalhaven, and Southern Ranges– all areas where fires are currently burning.

RFS deputy commissioner Rob Rogers said it would be a “miracle” if more houses were not lost in NSW on Saturday.

Currently, there are 100 bush and grass fires in NSW, 55 still to be contained. Crews are taking the opportunity of favourable conditions over coming hours to consolidate containment options supported by heavy plant ahead of dangerous fire conditions tomorrow. #nswrfs #nswfires pic.twitter.com/3yPxK7FzO2

A statewide Total Fire Ban remains in place across NSW. More favourable conditions are expected today, ahead of dangerous fire weather forecast for tomorrow. Ensure you & your family have a bush fire survival plan, & know what you will do if a fire threatens. #nswrfs #nswfires pic.twitter.com/34NMbKcHoT