New research shows that the fatal 2018 volcanic eruption of Anak Krakatoa in Indonesia sent a tsunami at least 328 feet (100 m) high, which could have resulted in widespread devastation had it traveled on another path. The researchers say this study is important for coastal communities living near volcanoes as it is the first to show that such a big wave could be generated by the 2018 Anak Krakatoa eruption.

More than 400 people were killed in December 2018 when Anak Krakatoa exploded and partially collapsed in the ocean, unleashing a wave westward towards Sumatra island which was between 5 to 13 m (16 to 43 feet) high when it made landfall less than an hour later.

However, this new study from Brunel University London and the University of Tokyo has shown that the calamity could have been significantly worse had the wave that started between 328 to 492 feet (100 to 150 m) went towards closer shores. 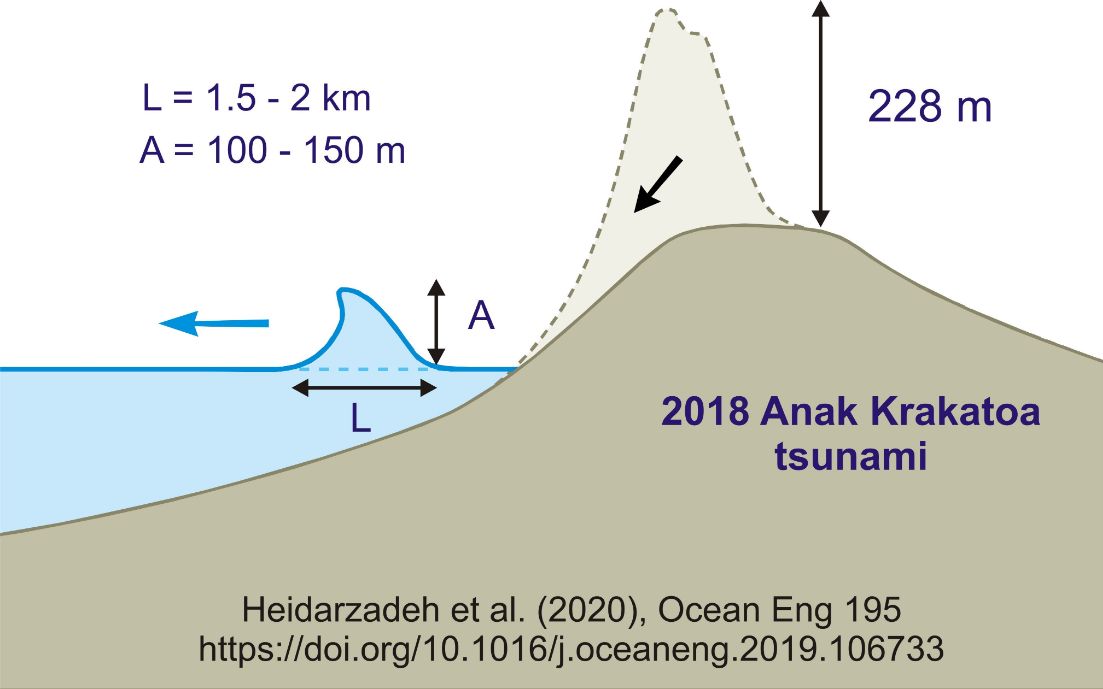 "When volcanic materials fall into the sea they cause displacement of the water surface," said lead author Dr. Mohammad Heidarzadeh, an assistant professor of civil engineering at Brunel. "Similar to throwing a stone into a bathtub– it causes waves and displaces the water."

He continued, "In the case of Anak Krakatoa, the height of the water displacement caused by the volcano materials was over 100 m (328 feet)."

The height of the wave immediately shrunk due to the joint effects of gravity pulling the mass of water downward and the friction created between the tsunami and the ocean floor. It was still more than 262 feet (80 m) when it slammed an uninhabited island nearby.

Took another look at Kecil island to east of #Krakatau – the one which has been essentially killed off by the #volcano pic.twitter.com/FuA3w2cmWi

The #tsunami scouring on Sertung island to west of #Krakatau and facing directly the collapse zone was well… wow! pic.twitter.com/sBhAoHQoFh

"Fortunately, nobody was living on that island," said Heidarzadeh. "However, if there was a coastal community close to the volcano– say, within 5 km (3 miles)– the tsunami height would have been between 50 and 70 m (164 and 230 feet) when it hit the coast."

As a context, Heidarzadeh cited the 1883 Krakatoa eruption which produced a tsunami that hit land at a maximum height of 42 m (138 feet), killing at least 36 000 at a time when coastal areas were less populated.

Researchers used sea-level data from five locations near Anak Krakatoa for the new analysis to justify computer models that simulated the tsunami's movements– from the volcano's collapse to the landfall. 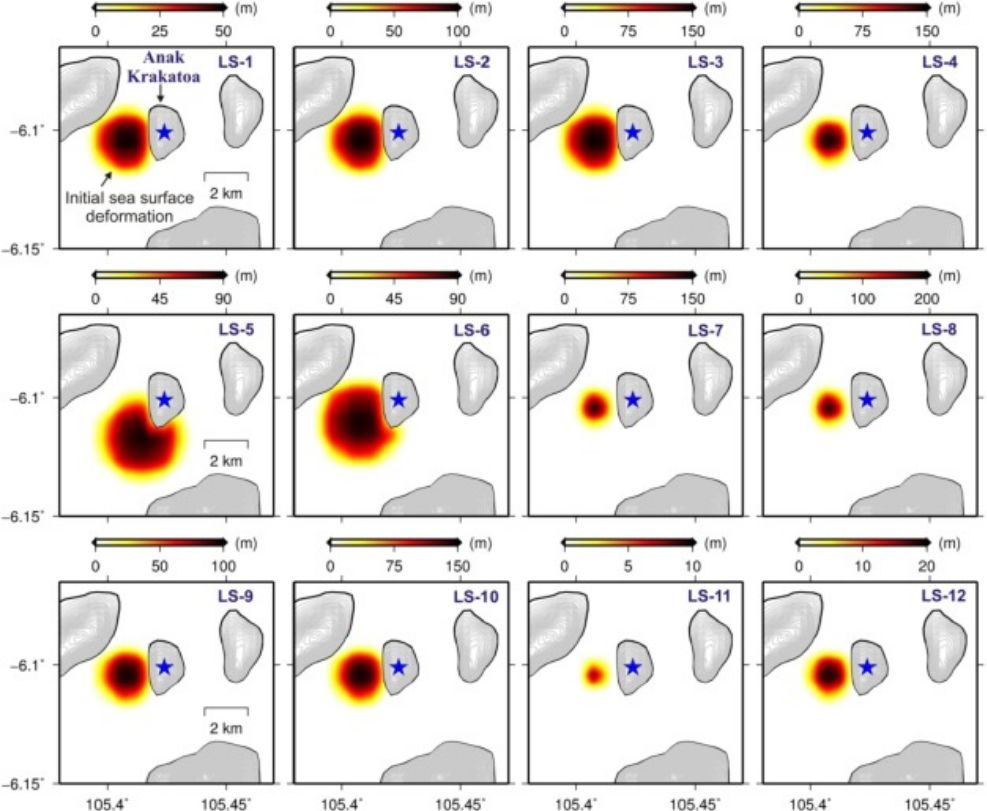 "The measurements were done by wave gauges operated by the government of Indonesia," Heidarzadeh said. "We used that real data to make sure that our simulations are consistent with reality– it's extremely important to validate computer simulations with real-world data."

Indonesia is one of the countries in the world that are vulnerable to tremors and tsunamis. The nation was hit by two deadly waves in 2018– one was unleashed by Krakatoa and one by a landslide off of Sulawesi coast that killed more than 2 000.

In the present, Heidarzadeh will be working with the Indonesian Institute of Sciences (LIPI) and Agency for the Assessment & Application of Technology (BPPT) to map the country's eastern ocean floor and develop a new tsunami resilience plan, funded by The Royal Society.

The eruption of the Anak Krakatoa volcano (Indonesia) in December 2018 produced a destructive tsunami with maximum runup of 13 m killing 437 people. Since the occurrence of this rare tsunami, it has been a challenge as how to model this tsunami and to reconstruct the network of coastal observations. Here, we apply a combination of qualitative physical modeling and wavelet analyses of the tsunami as well as numerical modeling to propose a source model. Physical modeling of a volcano flank collapse showed that the initial tsunami wave mostly involves a pure-elevation wave. We identified initial tsunami period of 6.3–8.9 min through Wavelet analysis, leading to an initial tsunami dimension of 1.8–7.4 km. Twelve source models were numerically modelled with source dimensions of 1.5–4 km and initial tsunami amplitudes of 10–200 m. Based on the qualities of spectral and amplitude fits between observations and simulations, we constrained the tsunami source dimension and initial amplitude in the ranges of 1.5–2.5 km and 100–150 m, respectively. Our best source model involves potential energy of 7.14 × 1013–1.05 × 1014 J equivalent to an earthquake of magnitude 6.0–6.1. The amplitude of the final source model is consistent with the predictions obtained from published empirical equations.