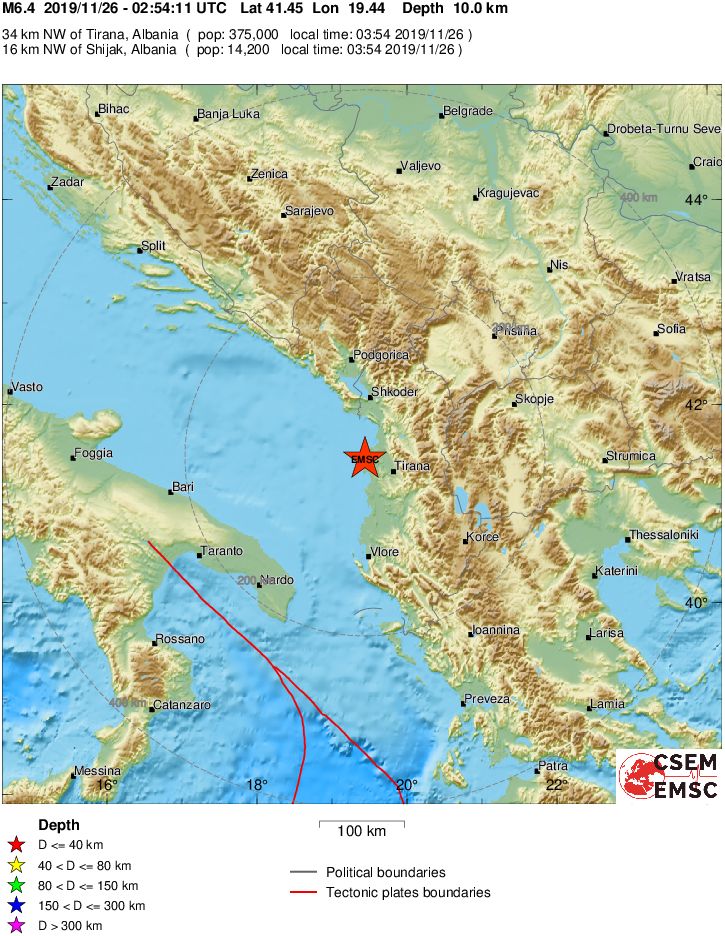 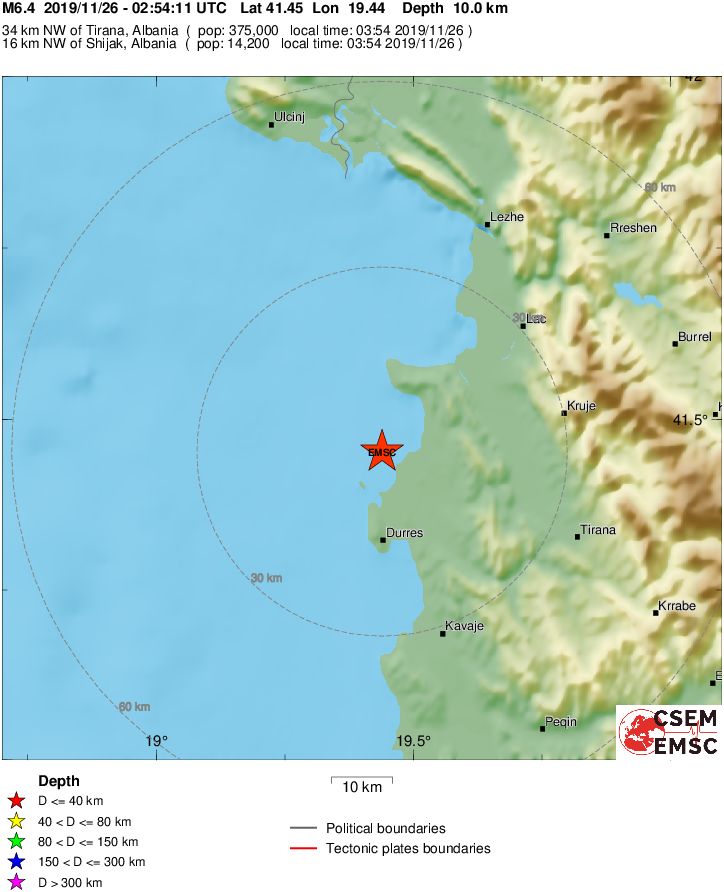 The USGS issued a yellow alert for shaking-related fatalities (some casualties are possible) and orange alert for economic losses.

Significant damage is likely and the disaster is potentially widespread. Estimated economic losses are 0-3% GDP of Albania. Past events with this alert level have required a regional or national level response.

Overall, the population in this region resides in structures that are a mix of vulnerable and earthquake-resistant construction. The predominant vulnerable building types are unreinforced brick with timber floor and nonductile reinforced concrete frame construction.

This is Albania's biggest earthquake in decades.

Several buildings collapsed and many were badly damaged, with the coastal town of Durres suffering the worst damage.

At least three apartment buildings collapsed with people inside.

At least 50 people had been taken to the hospital in capital Tirana alone.

At least 14 people have been killed and more than 600 injured. The death toll is expected to continue rising.

More than 30 moderate to strong aftershocks were registered by 12:00 UTC. Three of them had magnitudes above 5.0.

The death toll rose to 18. Several more are missing.

The video below shows what remains of what used to be 7 floors high Hotel Palma.

The number of casualties in Thumane, adjacent to the Adriatic coastal city of Durres, is now 39, the Defense Ministry said today.

According to the Health Ministry on Wednesday, some 658 people were injured, eight of them critically.

Some 2 150 people are taking shelter in 148 tents set up in villages around Thumane and Durres. 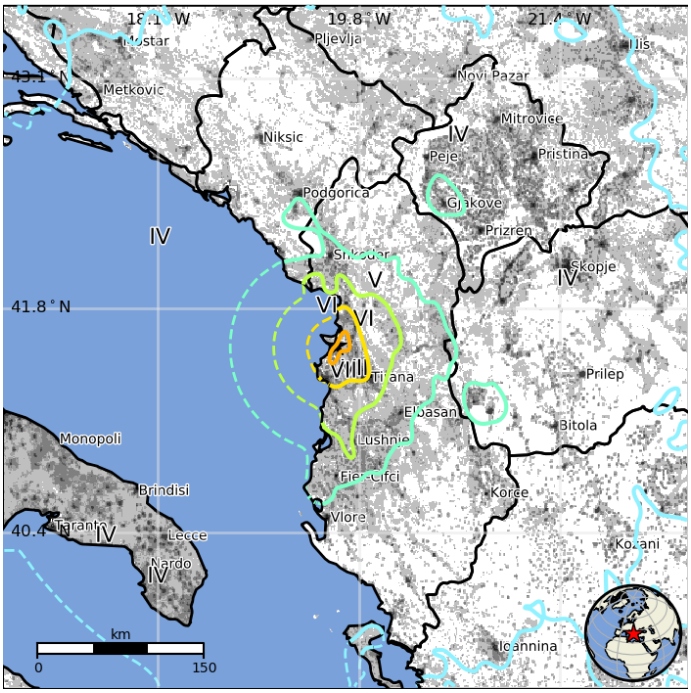 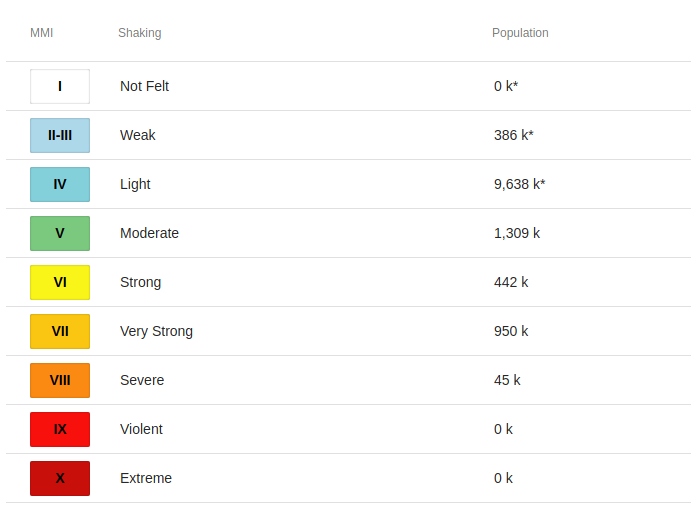 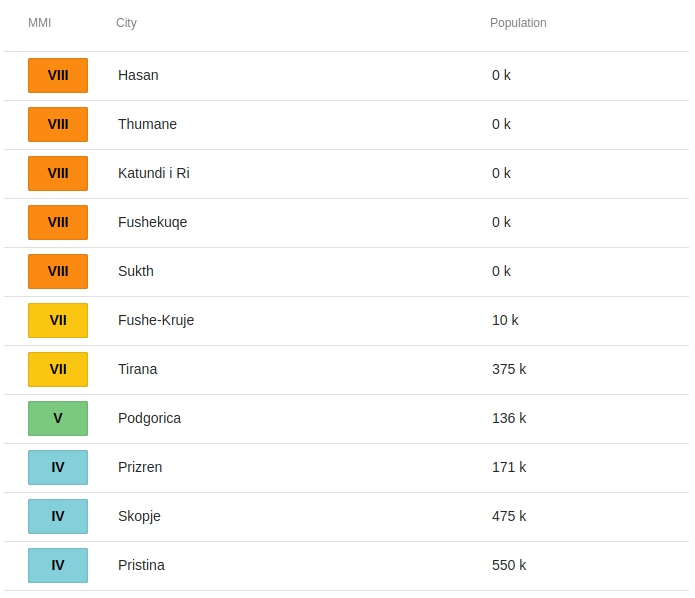 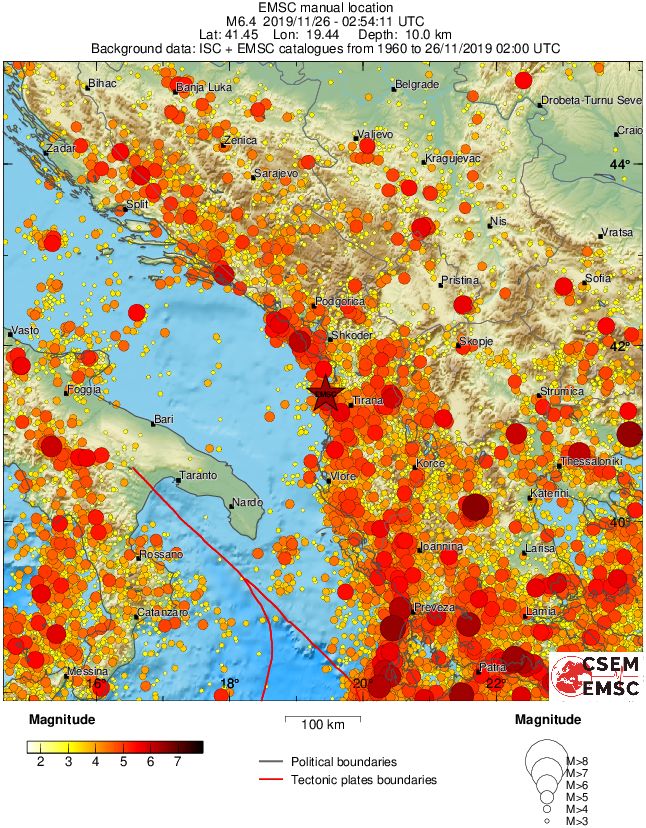