This is the strongest quake to hit Albania in the last 30 years, country's Ministry of Defence said, adding that over 500 houses and 100 apartment buildings suffered damages at a different scale.

105 people were injured in Tirana and Durres. 12 of them are hospitalized as of September 22.

Health Minister said most were hurt while running out of their homes in panic. 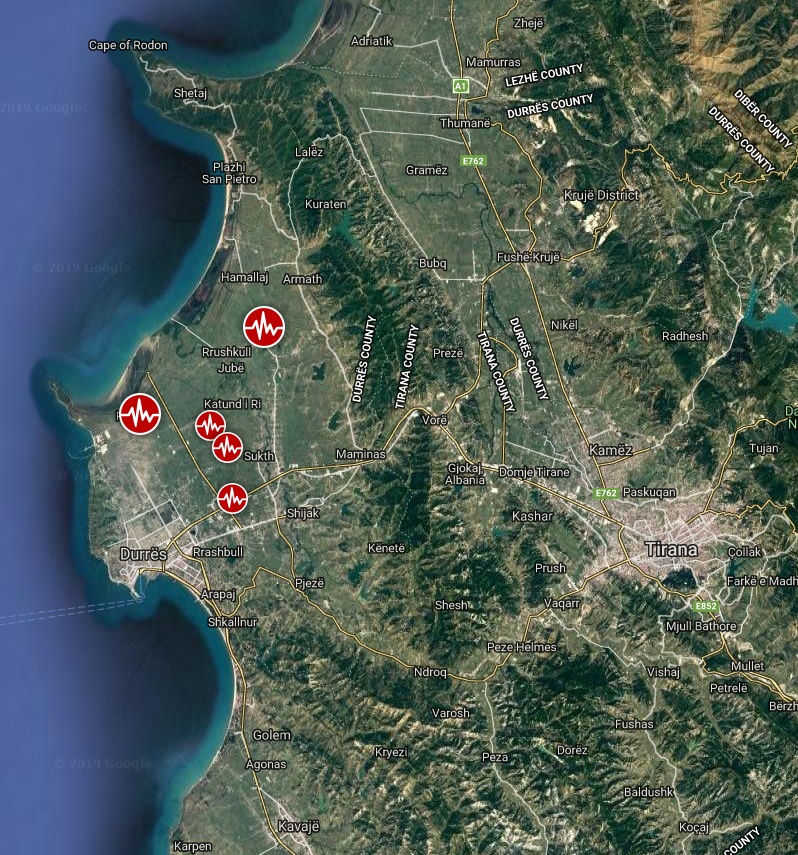 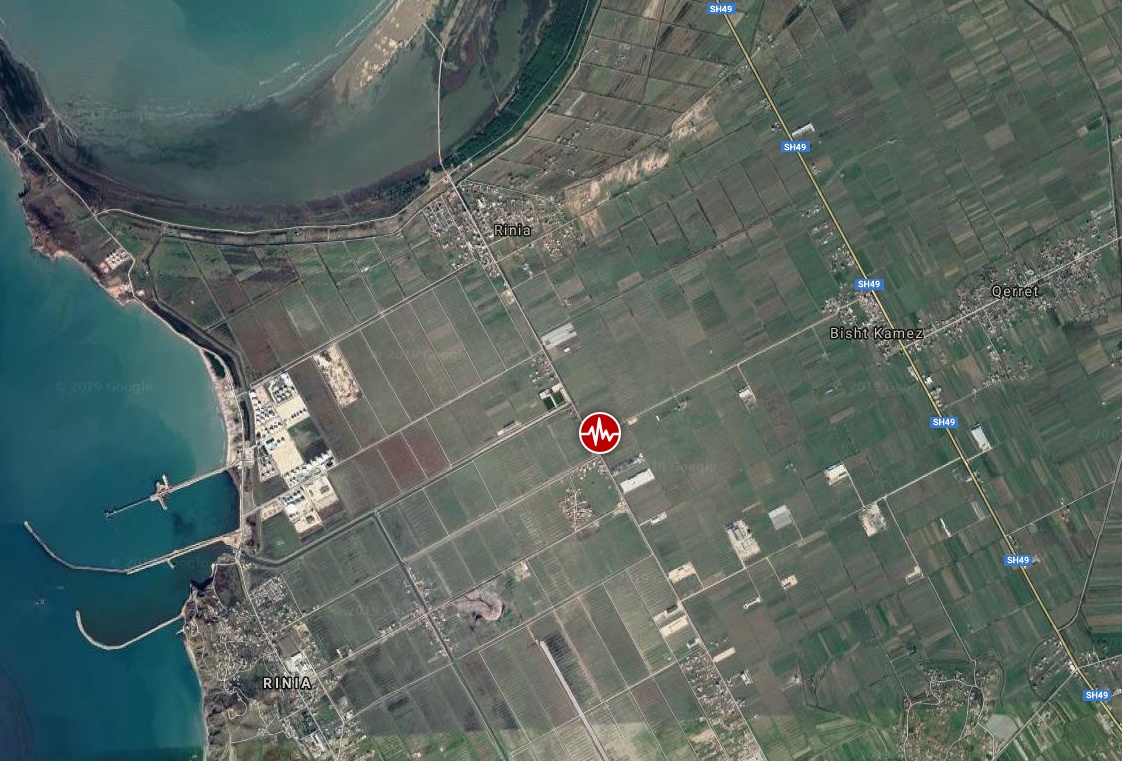 The USGS issued a yellow alert for shaking-related fatalities and economic losses. Some casualties and damage are possible and the impact should be relatively localized. Past yellow alerts have required a local or regional level response. Estimated economic losses are less than 1% of GDP of Albania.

Overall, the population in this region resides in structures that are a mix of vulnerable and earthquake resistant construction. The predominant vulnerable building types are unreinforced brick with timber floor and nonductile reinforced concrete frame construction. 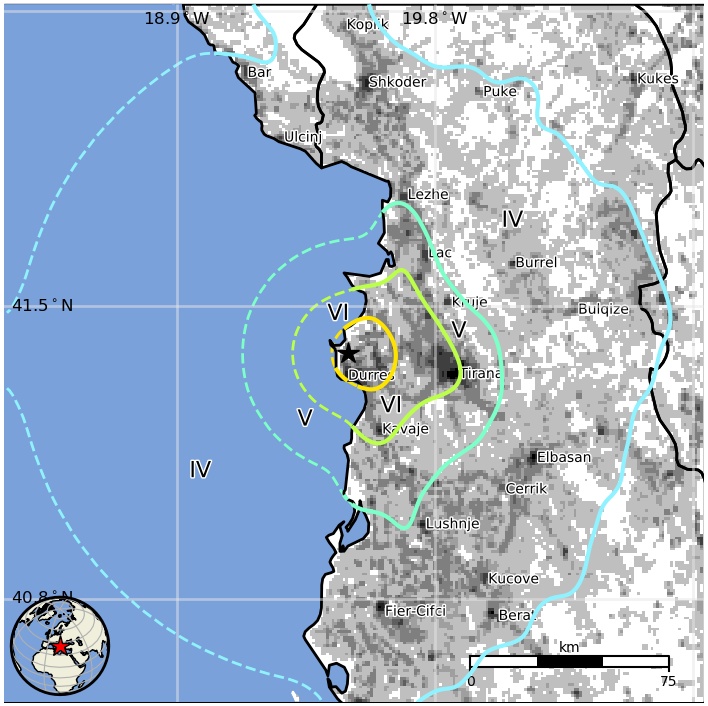 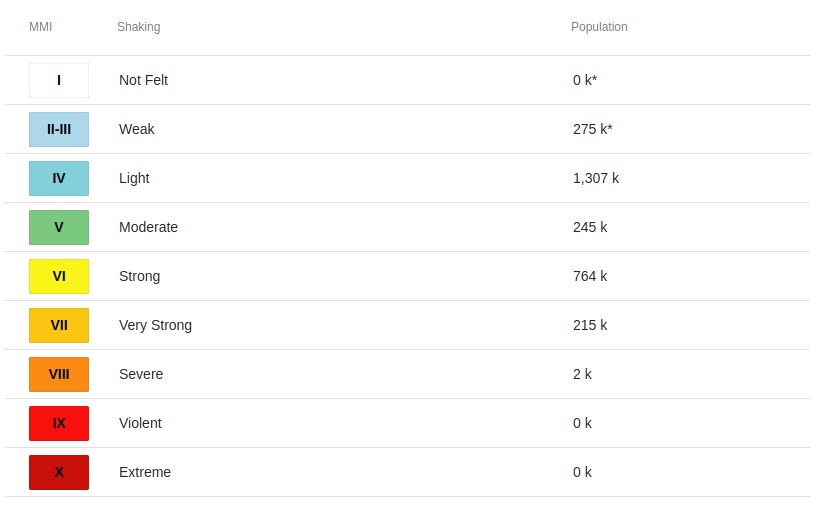 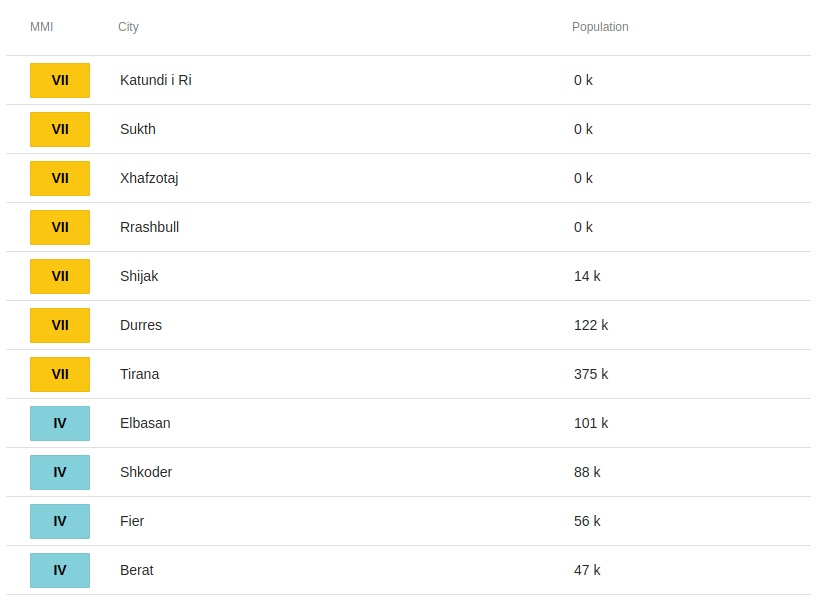 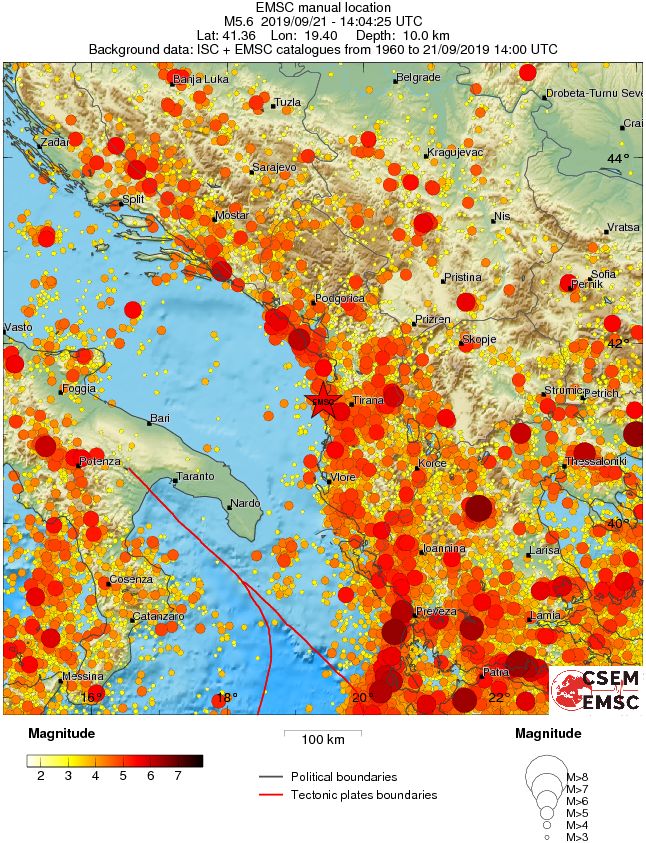