At least 46 people were killed and more than 650 others injured after a very strong M6.4 earthquake hit Albania, the strongest in 40 years, on November 26, 2019. Hours after, 300 aftershocks had been registered and a day after, another tremor was registered by USGS as M5.3 on November 27 at around 14:45 UTC. Experts stated in a detailed analysis that the quake most probably struck on a blind thrust fault.

The latest quake struck 19 km (12 miles) southwest of Mamurras, near the coastal city of Durres, badly hit by the first devastation.

Among the 46 fatalities were three children and nine women. A day of national mourning has been proclaimed on November 27 in memory of the victims.

At least 13 bodies were retrieved from the rubble in some portions of Durazzo, while a victim was found in Kurbin. Officials said roughly 20 people were still missing.

The main shock, followed by over 300 aftershocks felt throughout the Balkans, had an epicenter between Shijak and Durres, not far from the coast. The tremors were also felt in the capital city of Tirana, causing people to panic.

"I felt inside an apocalyptic film," said resident Antonio Imperiale, an Italian who settled in Albania.

In the village of Thumana, at least five fatalities were reported, as well as damages in buildings and establishments.

Albanian Republic president Ilir Meta expressed his gratitude towards rescuers who helped with the retrieval operations. Over 200 support workers have been deployed from France, Italy, Romania, Turkey, Serbia, and the United States.

"The quake likely struck on a ‘blind thrust fault’ that does not reach the Earth’s surface but had nevertheless been previously identified by geologists," according to the analysis of scientists Ross S. Stein, Ph.D., founder of Temblor seismic app, and co-founder Volkan Sevilgen, M.Sc.

The November 26 Albania quake was five times larger than the Skopje event. However, it did not cause much damage, "perhaps because it struck more than 35 km (22 miles) from the 375 000 people living in the Albanian capital of Tirana."

Six hours prior to the M6.4 quake, four M3 shocks were detected in the epicentral region, with the largest being M4.4, shaking an hour before the main event.

"While uncommon, this kind of activity does not make earthquake prediction any easier, because the foreshocks do not show any features that would distinguish them from typical shocks," the experts said.

What was more surprising, according to them, was there was a burst of seismicity 230 km (140 miles) northwest of the main quake, roughly more than six hours later, close to the Moster city in Bosnia and Herzegovina. It was capped by an M5.4 shock. 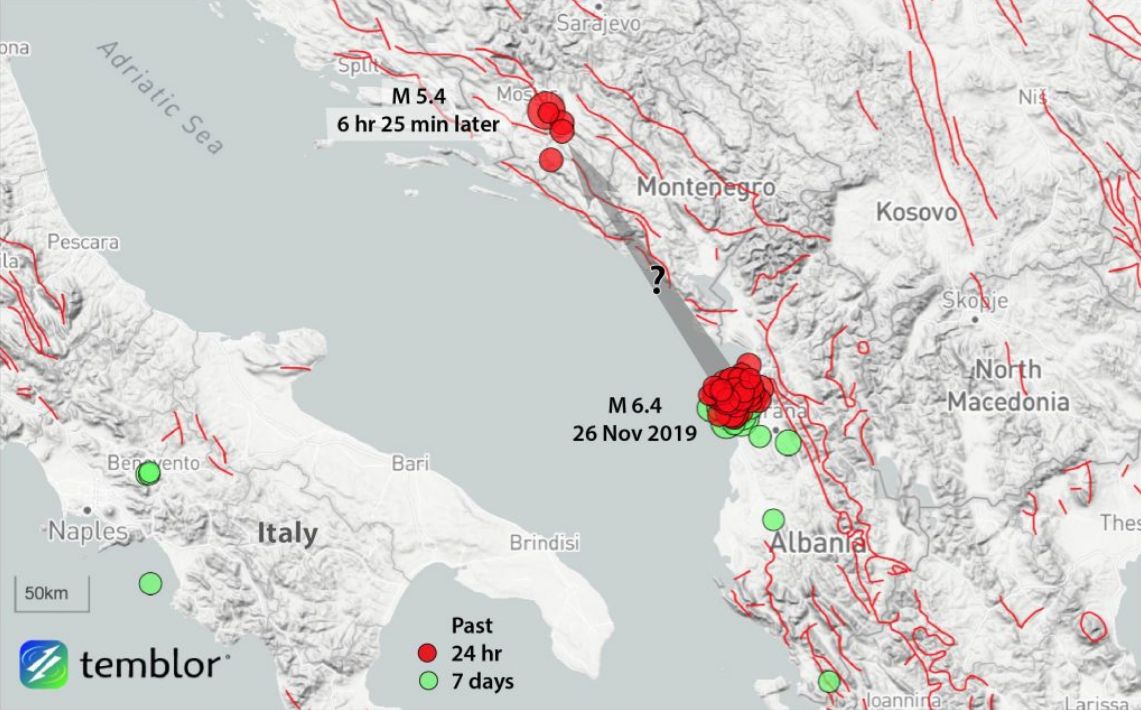 "This might be a coincidence, but if these two distant events are indeed related, it would have to be by the stresses carried by the seismic waves of the M 6.4, which dissipate within several minutes."

The high earthquake risk of coastal Albania originated from tectonic compression of the curst that reaches from south Croatia to Greece. This compression is evident in the contraction of the surface of the Earth measured by GPS, as well as by the long history of massive tremors in the region.

As a matter of fact, experts said the southern Balkans are more seismically active than Italy.

The contraction resulted in a series of thrust faults, only a few of which come to the surface. "Those that do not cut the Earth’s surface instead fold the overlying strata."

"Croatia’s coastal islands are one example of these folds, and one of these folds lies at the epicenter of the 26 Nov 2019 quake," Stein and Sevilgen stated.

The shaking from the M6.4 was almost strengthened in the "weak, unconsolidated basins and coastal estuaries surrounding the epicenter." 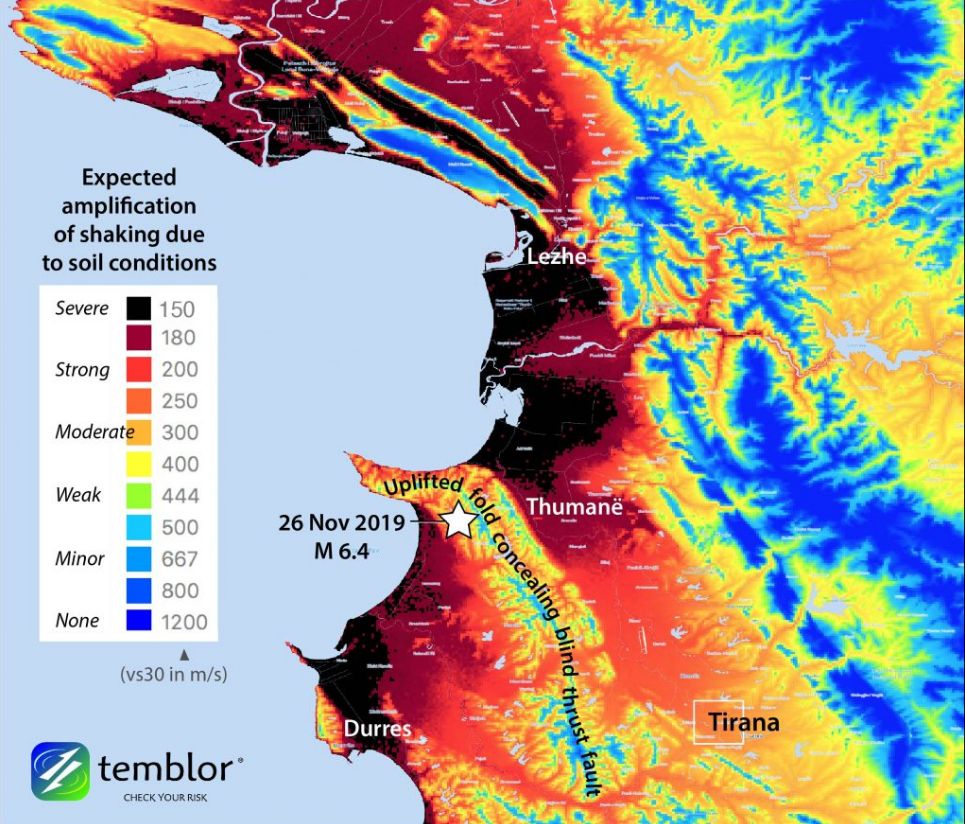 Temblor’s STAMP model "shows amplification factors of 4-5 over the shaking that was experienced at bedrock sites, such as at the epicenter itself."

Water-saturated coastal plains compounded the weak soil, which is vulnerable to liquefaction– eventually turning it to quicksand that causes establishments to sink or tilt. Sandblows and eruptions of artesian water usually happen along with shaking in such areas, aggravating the damage.

Stein and Sevilgen said emergency responders, geologists, and seismologists will undoubtedly learn more about the earthquake in the following days.

"But what we can say now is that the hazard was not unforeseen."