Researchers have used the largest atmospheric radar in Antarctica to make the first measurements of Earth's ionosphere. Observations in the southern hemisphere are significant in finding out the global features of both the atmosphere and the ionosphere.

The ionosphere is the layer of the Earth’s atmosphere that is ionized by solar and cosmic radiation, lying 75 to 1 000 km (46 to 621 miles) above the planet.

Due to the high energy from the Sun and cosmic rays, atoms in this area have been lost one or more of their electrons–  or ionized. Therefore, they become positively charged. The ionized electrons then behave as free particles and these free electrons and heavy ions collide persistently. 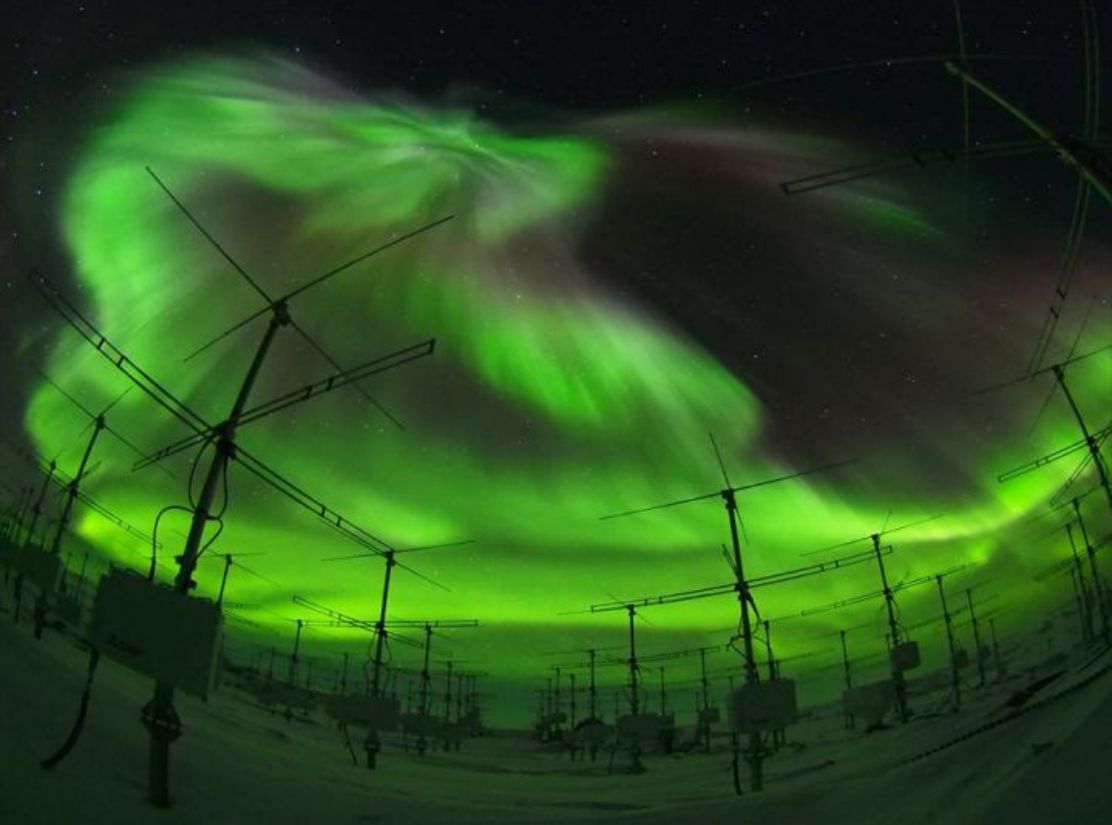 This has been measured by a method called "incoherent scatter radar" in the northern hemisphere, where researchers beam radio waves into the ionosphere– electrons in the atmosphere "incoherently" dissipate the radio waves. The different ways they scatter enabled scientists to get information about the particles populating the layer.

"Clearly, observations in the southern hemisphere are crucial to revealing global features of both the atmosphere and the ionosphere," said Taishi Hashimoto, assistant professor at the National Institute of Polar Research in Japan and one of the authors of the study.

The radar can be compared to how a pebble skips across a pond's surface when thrown. Researchers were eager to understand how the pebble vertically displaces the water until it eventually sinks. Although the researchers are not focused on the concentric ripples made at every skip, they are apparently the same that it was complex for them to recognize which measurements are necessary.

The researchers applied the program to discern the different signals and suppress the irregularities that could cover the data.

"Our next step will be the simultaneous observation of ionosphere incoherent scatter and field-aligned irregularities since the suppression and extraction are using the same principle from different aspects," said Hashimoto.

"We are also planning to apply the same technique to obtain other types of plasma parameters, such as the drive velocity and ion temperature, leading to a better understanding of auroras."

The Program of the Antarctic Syowa Mesosphere–Stratosphere–Troposphere/Incoherent Scatter (PANSY) radar is a large atmospheric radar located at the Antarctic Syowa Station (69.01°S, 39.59°E). The PANSY radar performed the first incoherent scatter (IS) measurements in the Antarctic region in 2015. Several specific observations were undertaken in 2017 including a 24-h observation of the ionosphere using a peripheral antenna array to suppress interference from the field-aligned irregularities (FAIs). This paper presents the preliminary results derived from the IS measurements using the PANSY radar and the adaptive signal processing techniques to suppress FAIs. The norm-constrained and directionally constrained minimization of power (NC-DCMP) algorithm was applied to the 24-h ionosphere observations by the PANSY radar with a weighting applied to the directional constraint based on the gain differences of the subarrays. When compared with the conventional nonadaptive approach, the number of usable power profiles was increased by about 24% by the gain-weighted NC-DCMP algorithm, suggesting its effectiveness for FAI clutter suppression in ionosphere observations. Furthermore, detection of FAIs using the dedicated antenna array was found valuable in assessing the reliability of estimations of electron density based on VHF-band IS radar data.