13 houses along with several schools have been left damaged after a confirmed tornado hit Ulundi in KwaZulu-Natal, South Africa, on Saturday, November 23, 2019. It was the fourth tornado to hit the province this month.

It was also the second tornado in less than 24 hours, following the one that hit Utrecht on Friday night, November 22, 2019.

"According to our tools there is a strong signal that the severe storm that moved over the area produced a tornado," South African Weather Service's William Msimanga said.

"MEC Sipho Hlomuka has dispatched teams to the area of Ulundi to assess [the area]," he said.

We recieved reports of another Tornado near Ulundi (KZN) this afternoon (eDlebe area) (23 November 2019). https://t.co/xVAovLtIrI pic.twitter.com/KBVToH3aRs

"The department is in close liaison with the South African Weather Service (SAWS) in terms of the notices that they issue… those warnings are communicated to communities across the province's 54 municipalities." He added, "The COGTA MEC has been ensuring that the teams are activated and alerted on time when there are reports that come through from the weather service", he said. "The issue with tornados is that you don't know where it's going to strike and when it strikes it destroys everything and it's a short period time." 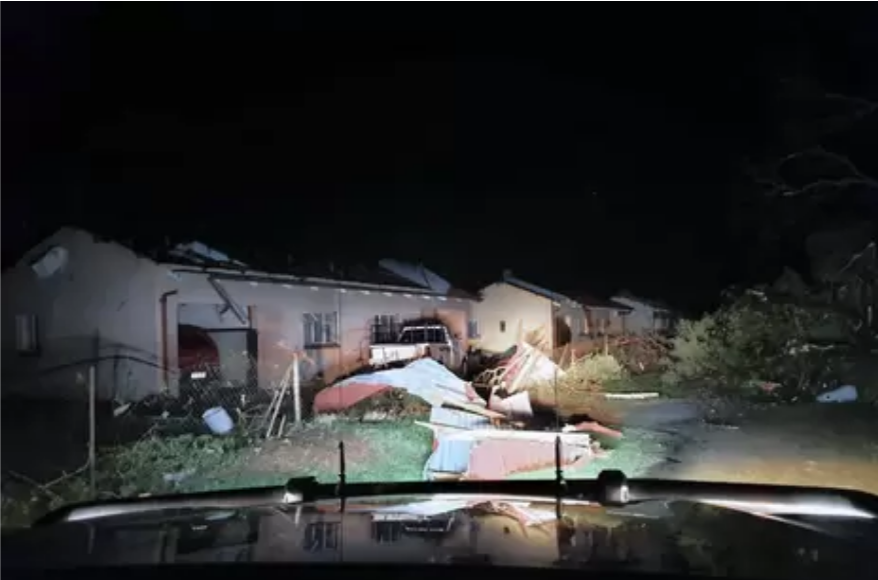 On Sunday, November 24, Justice Minister Ronald Lamola visited the Waterval Correctional center in Utrecht to examine the damage caused by Friday's tornado. Lamola's spokesperson Crispin Phiri said four cells in the Medium B facility and 46 houses had been damaged. This led to 141 inmates being transferred to nearby correctional facilities. No fatalities were reported as well. Power and water supply were disrupted for a while but contingency plans were activated.

There were severe damages at official residences. "Non-governmental organizations are providing meals to officials who are displaced and they will continue doing so until Tuesday where further assessments will be done," Phiri assured. "The Department of Correctional Services is also providing temporary shelter for officials affected. Operations at the Centre have normalized and offenders are safe and accounted for."

Hlomuka urged residents to be "cautious,  especially around low lying areas or when crossing bridges. Before making any long journey residents are urged to first check the weather forecast as heavy rains pose a serious risk on our roads."

Disaster Management teams remain on high alert and are looking after areas that are vulnerable to natural calamities. 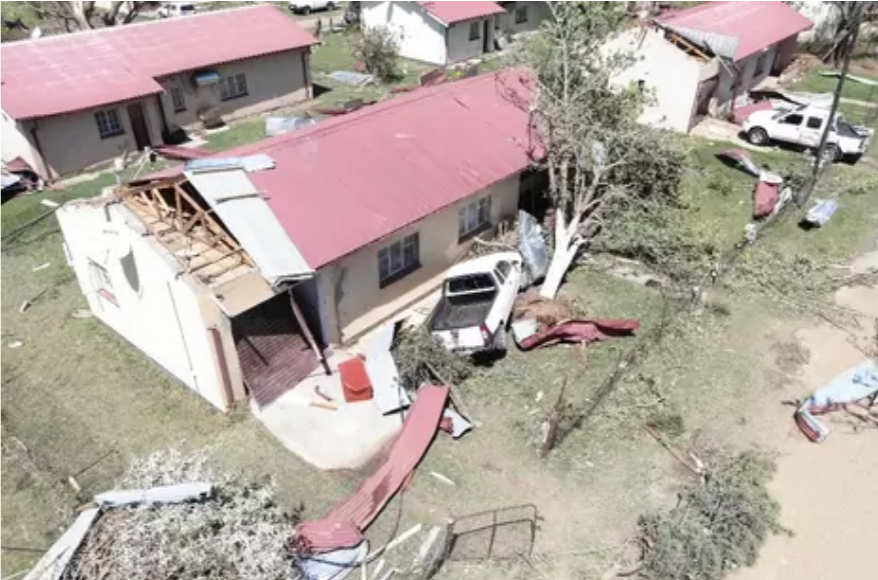