An exceptionally active earthquake swarm is ongoing near Saviese, north of Sion, Switzerland beginning in the night of November 4 to November 5, 2019, according to the Swiss Seismological Service (SED) at ETH Zurich. Such an accumulation of earthquakes is rather untypical for Switzerland.

SED has already recorded more than 100 events, wherein 12 had Magnitudes of 2.5 or bigger and were felt by the population of the Sion region up to Sierre. 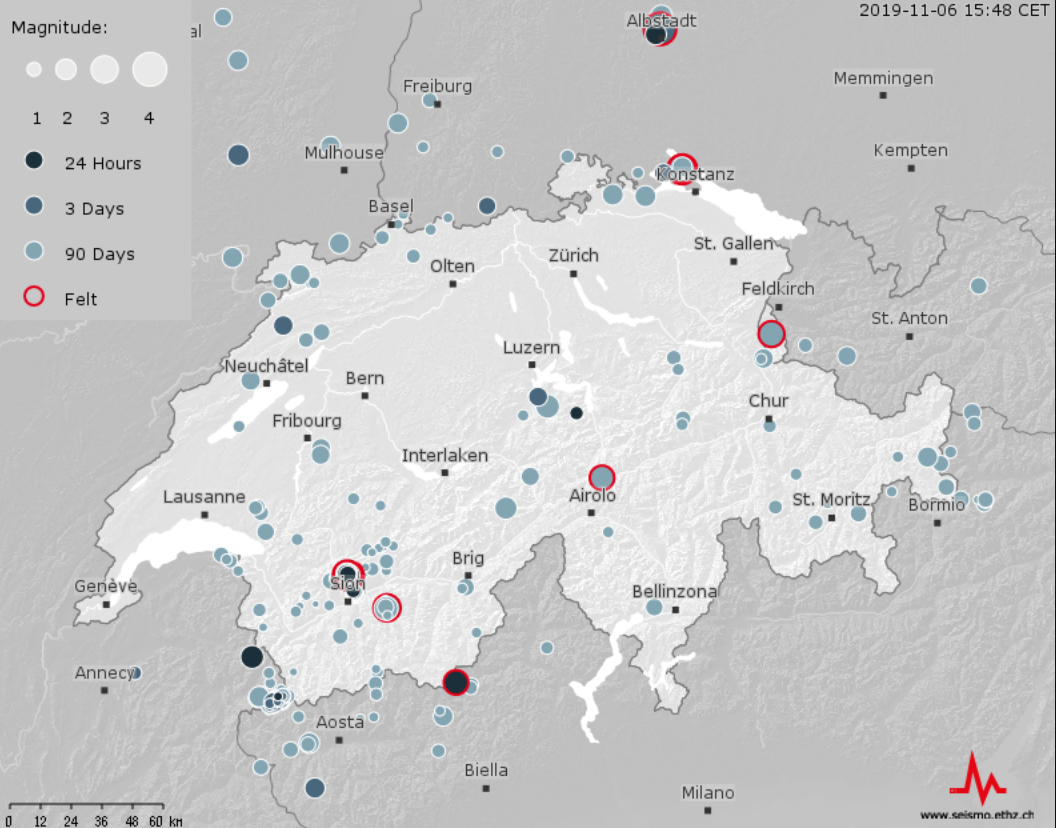 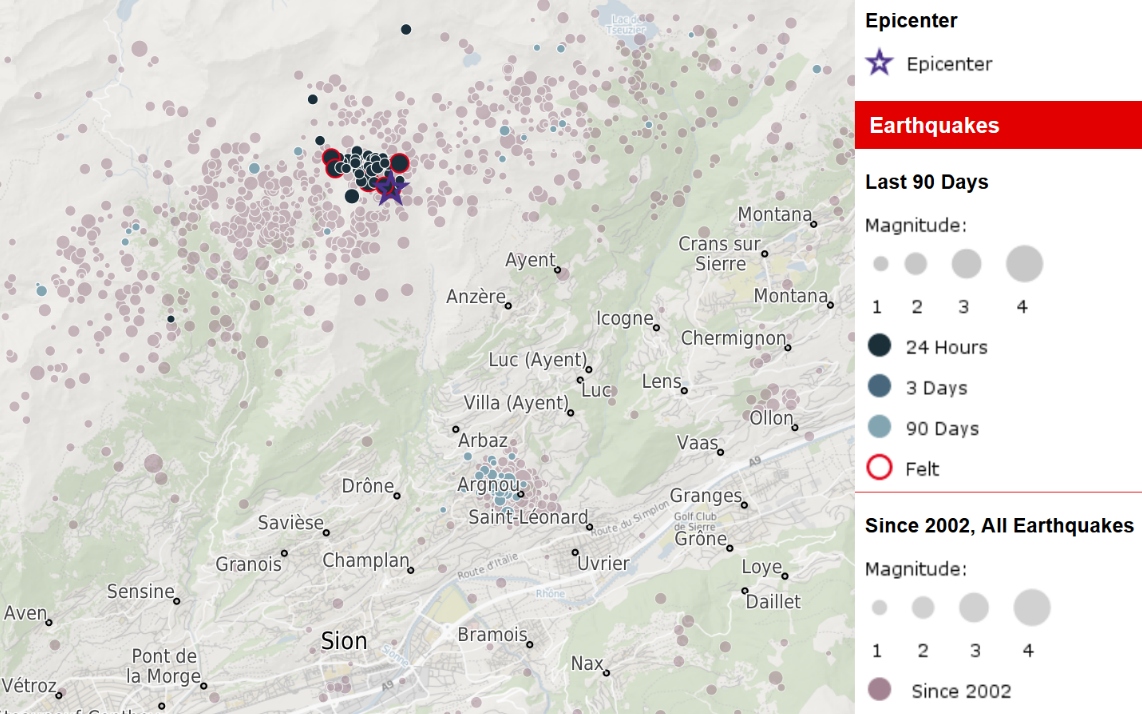 Four of the strongest quakes reached Magnitudes 3.0 and 3.3 and were sporadically felt even in the Bernese Oberland.

The agency has gathered several hundred felt reports on its website. 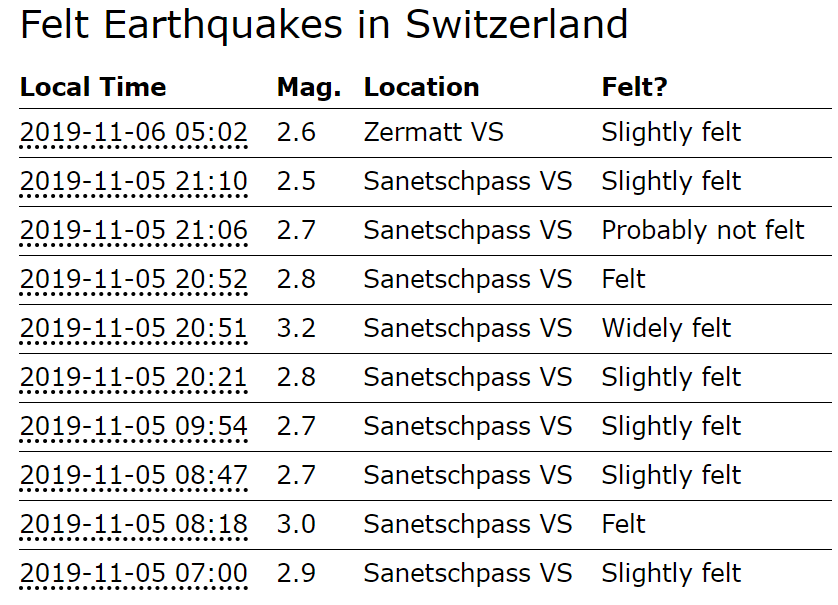 Such an accumulation of earthquakes is rather untypical for Switzerland, SED scientists said.

Earthquake swarms with many events within days or weeks occur regularly. However, only rarely as many perceptible quakes happen within a small period of time. This means that predicting the future development of this sequence is not possible.

However, the seismic activity usually decays after days or weeks at most. There is a probability of 5% to 10% for significantly stronger earthquakes to happen within the following days. 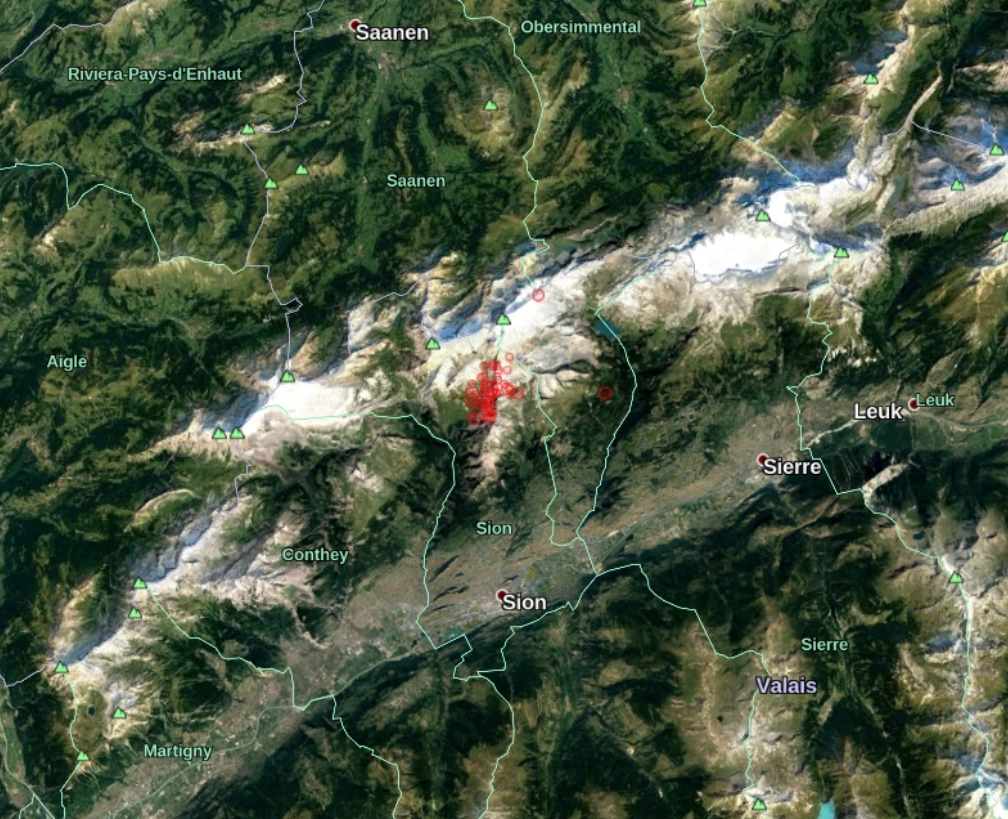 Valais is Switzerland's seismically most active region. The quakes of these days occurred in one of the most prominent zones of activity, which extends south of the Diablerets and Wildhorn massifs in parallel to the main valley.

The last felt event in the area before the start of the current swarm was on January 14, 2018. Even though small, instrumentally detectable quakes are observed nearly on a weekly basis.

The last strongly devastating earthquake in Switzerland took place on January 25, 1946, with Magnitude 5.8, which happened also near the Wildhorn and led to considerable damage in an expanded area.