Barren Island has entered a new eruptive phase since October 23, 2019, after a relatively calm period during the summer months with little or no activity.

Satellite imagery showed intermittent but frequent thermal signals and small ash plumes, indicating that mild activity has been taking place at the central cone of the only active volcano in India. 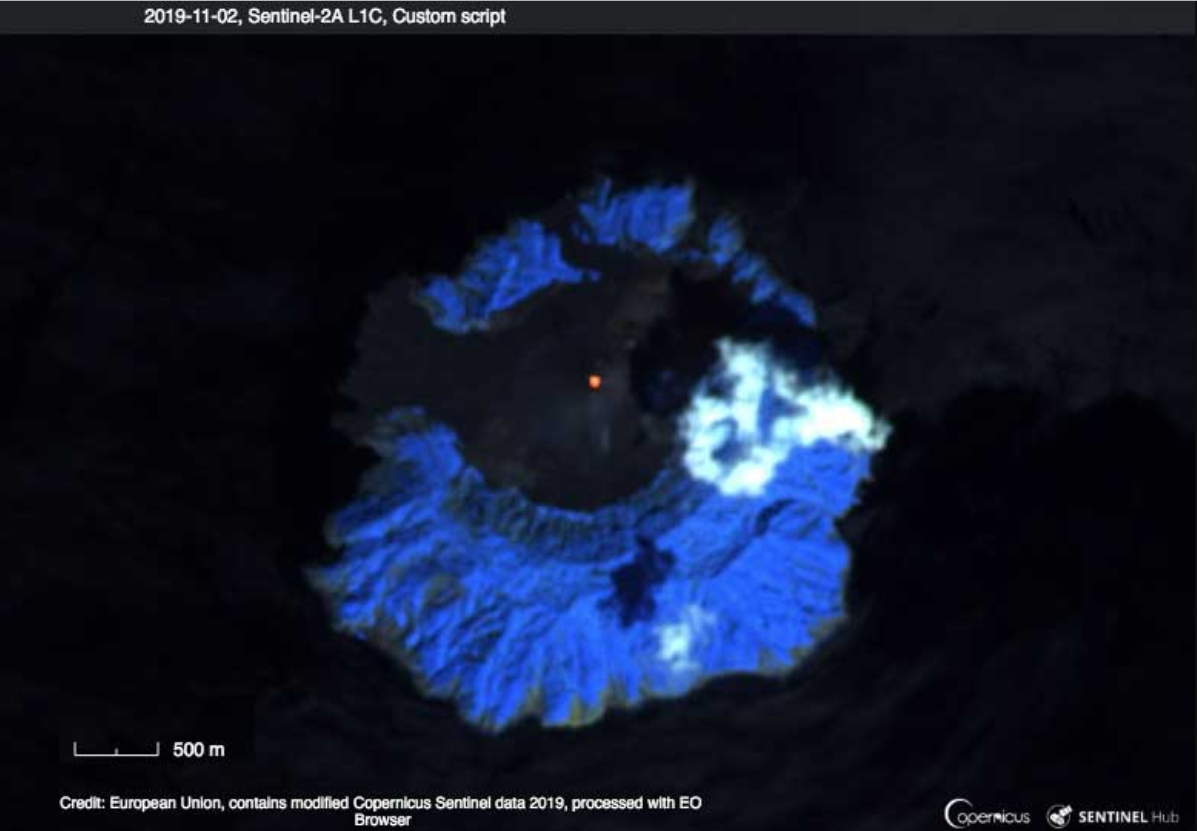 According to Volcano Discovery, the nature of this activity is most probably the same as the previous eruptions, such as the ones from January to May 2019, for instance, strombolian to Vulcanian explosions – a short, violent, relatively small explosion of viscous magma – and occasional small lava flows. 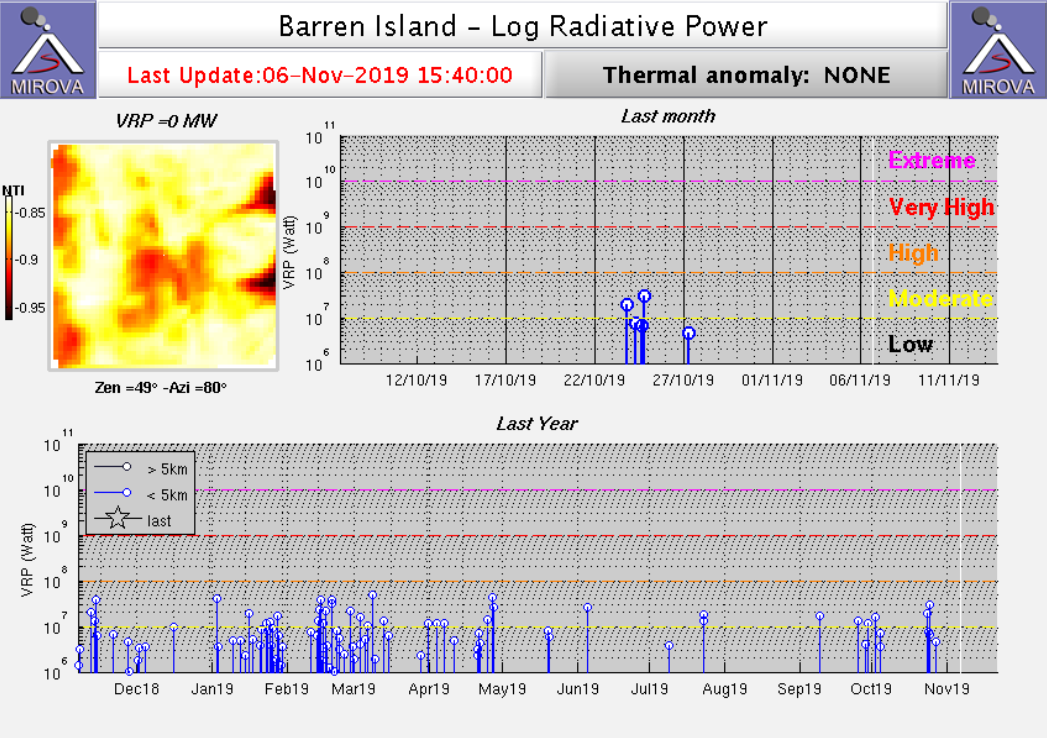 The caldera, which is open to the sea on the west, was created during a major explosive eruption in the late Pleistocene that produced pyroclastic-flow and -surge deposits. Historical eruptions have changed the morphology of the pyroclastic cone in the center of the caldera, and lava flows that fill much of the caldera floor have reached the sea along the western coast. (GVP)