India's Barren Island volcano is showing signs of increased activity once again, spewing smoke and lava. This volcano awakened in 1991 after over 150 years of sleep. Its last known eruption took place in February 2016.

A research team led by Dr. Abhay V. Mudholkar of India's National Institute of Oceanography was collecting sea floor samples in the Andaman Basin near the Barren volcano on January 23, 2017 when it suddenly started spewing ash, NIO reported.

The team then moved about one mile from the volcano and began closely observing it. It was erupting in small episodes lasting about 5 to 10 minutes. During the daytime, only ash clouds were observed.

However, after sundown, the team observed red lava fountains spewing from the crater and hot lava flows streaming down the slopes of the volcano. 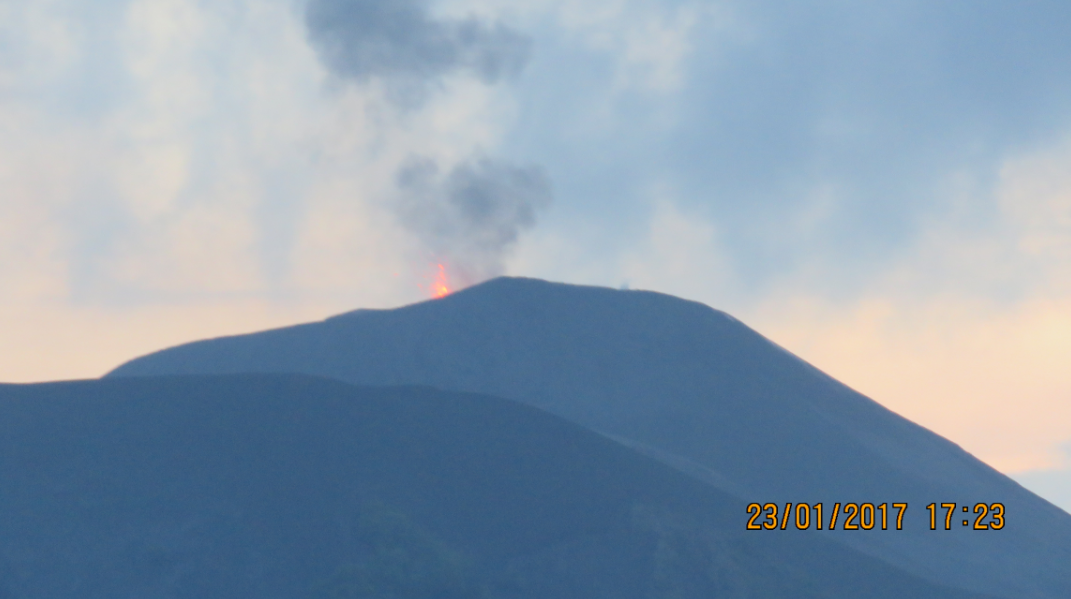 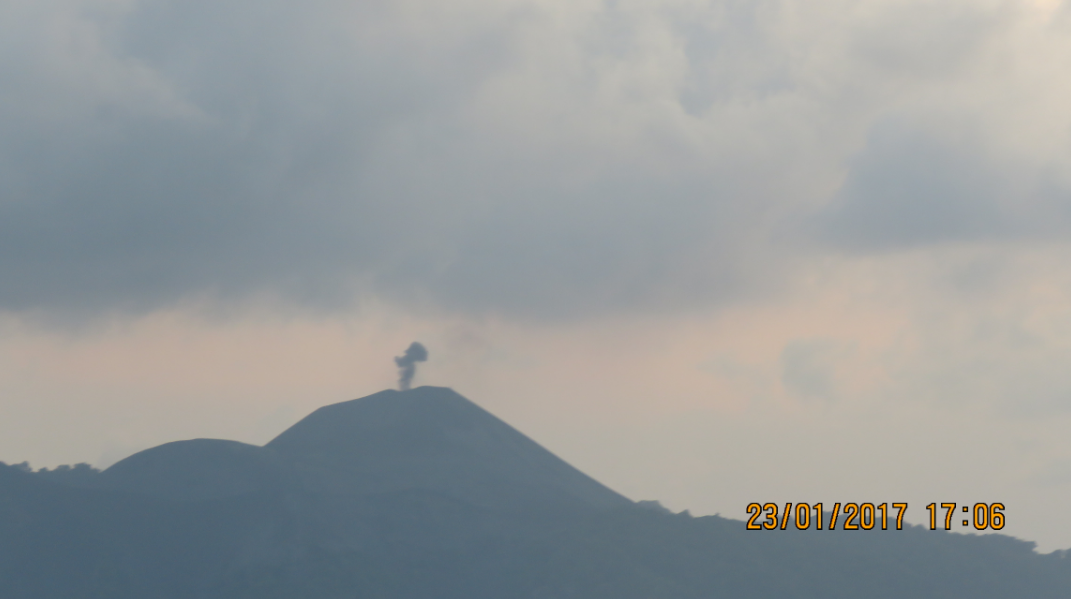 The volcano was revisited in the early hours of January 26, 2017, during the second leg of the cruise led by Dr. B.Nagender Nath.

The team has witnessed the continuation of spurts of blasts and smoke. They have sampled the sediments and water in the vicinity of the volcano and recovered coal-like black pyroclastic material representing proximal volcanic ejecta.

Clouds were seen at the crater mouth where the smoke was bellowing out in otherwise clear sky. These samples will help in deciphering the nature of the present and past volcanic activity in the region.

Researchers from CSIR-NIO (Council of Scientific & Industrial Research) have been studying the past volcanic events in Andaman Basin based on the ash layers in a sediment column. The team observed the activity for about 4 hours before continuing with their research cruise. Landing on the volcanic island was not attempted as it was too dangerous.

The Andaman Basin is an active back-arc spreading basin and is known for its strong seismicity and many submarine volcanoes and hydrothermal activity. Scientists from CSIR-NIO have been surveying the Andaman Basin and they have identified many small submerged volcanoes in a linear chain called a volcanic arc.

These volcanoes are formed due to the rising magma formed deep in the mantle due to the melting of the subducted Indian Ocean crust. A few of these submarine volcanoes have been dredged for samples and pumice type of light volcanic rock have been recovered.

The volcanic island is uninhabited and the northern part of the island is, as the name suggests, barren and devoid of vegetation. Private citizens of India can visit the volcanic island by chartered boats after obtaining the permission of the Forest Department in Port Blair. (CSIR-NIO)

Barren Island, a possession of India in the Andaman Sea about 135 km NE of Port Blair in the Andaman Islands, is the only historically active volcano along the N-S-trending volcanic arc extending between Sumatra and Burma (Myanmar). The 354-m-high island is the emergent summit of a volcano that rises from a depth of about 2250 m. The small, uninhabited 3-km-wide island contains a roughly 2-km-wide caldera with walls 250-350 m high.

The caldera, which is open to the sea on the west, was created during a major explosive eruption in the late Pleistocene that produced pyroclastic-flow and -surge deposits. Historical eruptions have changed the morphology of the pyroclastic cone in the center of the caldera, and lava flows that fill much of the caldera floor have reached the sea along the western coast.