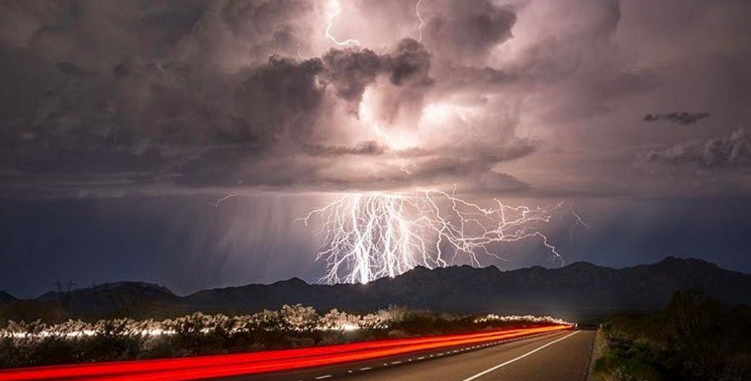 A line of severe thunderstorms hit Sydney and the New South Wales coast on Friday and Saturday, February 18, 2017 with tennis ball-sized hail and a massive number of lightning strikes. The storms toppled trees and power lines and damaged numerous cars and houses. Another severe storm is expected on Sunday, February 19.

Sydney was still recovering from a sudden storm on Friday that knocked out power to more than 40 000 homes when another line of severe storms arrived Saturday afternoon. State Emergency Service said they received more than 620 calls for help on Friday and 650 on Saturday.

Ausgrid spokeswoman Phillipa Wheeler said Friday's storm was a major event for their network and the damage is extensive.

Three sisters, aged in their 60s, were sitting on a park bench at Corbett Gardens in Bowral when they were struck by a bolt of lightning Saturday afternoon. They have been taken to a hospital, with one woman suffering serious burns to her body and the other two treated for shock, ABC reported.

BOM's duty forecaster Steph Spackman said Saturday's storms were moving quickly. "These thunderstorms are moving across the Sydney basin at a pretty good cracking pace of about 60 km/h (37 mph) and we do have a cell-based warning just to the east of Penrith," she said.

A massive number of lightning strikes was recorded across the Harbour City. Trains from a number of lines are delayed due to signal failures and a man was treated after suffering an electric shock at Rouse Hill, according to News.com.au.

Buckle up Sydney. This may be headed our way later today…#Sydneyweather #SydneyStorm pic.twitter.com/sJdCclsHc9

Can someone please explain this??? #SydneyStorm pic.twitter.com/NN8yrVgMyt

For those taking the piss out of hail size comparisons, I mean #SydneyStorm pic.twitter.com/YO7FkdcWw5

The weather bureau advised residents to clean gutters, remove outside furniture, put cars under cover and keep pets inside when the storms hit.

A similar storm is expected on Sunday, February 19 with a 90% chance of rain in the morning and afternoon. The weather should clear up on Monday through Thursday and then turn bad again on Friday, February 24.