A massive storm, one of the strongest to hit the region in a decade, smashed Southern California on Friday, February 17, 2017, bringing heavy rain and powerful winds. At least 4 people have been killed and numerous injured.

The storm downed trees and power lines, caused flash flooding, mudslides and major travel problems. Hundreds of flights were delayed or canceled. At least 4 people were killed and numerous injured before the storm left east toward Nevada and Arizona.

At the height of the storm, there were at least 82 000 customers without power. "There are multiple locations with spans of wire down that require extensive repairs to restore power, making restoration efforts take longer," LADWP said in a news release. They urged customers not to touch downed power lines or anything that may be touching a downed wire, including water.

Winds gusts up to 112 km/h (70 mph) or more lashed parts of the region, while heavy rains turned creeks and rivers into brown torrents, releasing slews of mud from hillsides burned barren by wildfires, the AP reported.

INCREDIBLE VIDEO: part of SB I-15 is washed away; fire engine tumbles off the side; fortunately no one hurt pic.twitter.com/5VMzQEBlqa

110 Fwy SHUT DOWN in both directions between Slauson Ave. & the 10 Fwy due to flooding. Cars stuck in several feet of water. pic.twitter.com/IChYNrbNkr

Multiple vehicles were swept away from a road in San Bernardino County, prompting the helicopter rescue of one person from the roof of a car.

In Duarte, officials order the evacuations for the Fish Fire burn area, some 180 homes, before the storm. Mud reportedly flowed freely down hillsides and into streets, overflowing barriers but for the most part, homes had been spared serious damage.

In Studio City, a massive sinkhole opened up swallowing two cars. Firefighters rescued a woman trapped in the sinkhole just moments before a van fell on top of her car.

A second sinkhole opened on southbound Interstate 15, catching a fire truck on its edge. The truck eventually fell into the sinkhole but there were no injuries reported.

Flooding is a concern in many of the reservoirs in central and northern California, weather.com said. Officials closely monitored the Anderson Reservoir, which is at 99 percent capacity. It should only be at 68 percent because of seismic concerns.

At Lake Oroville, officials were confident that the rainfall wouldn't cause additional problems. Water level reportedly stood 40 feet) below Sunday's level, when nearly 200 000 residents had to be evacuated. 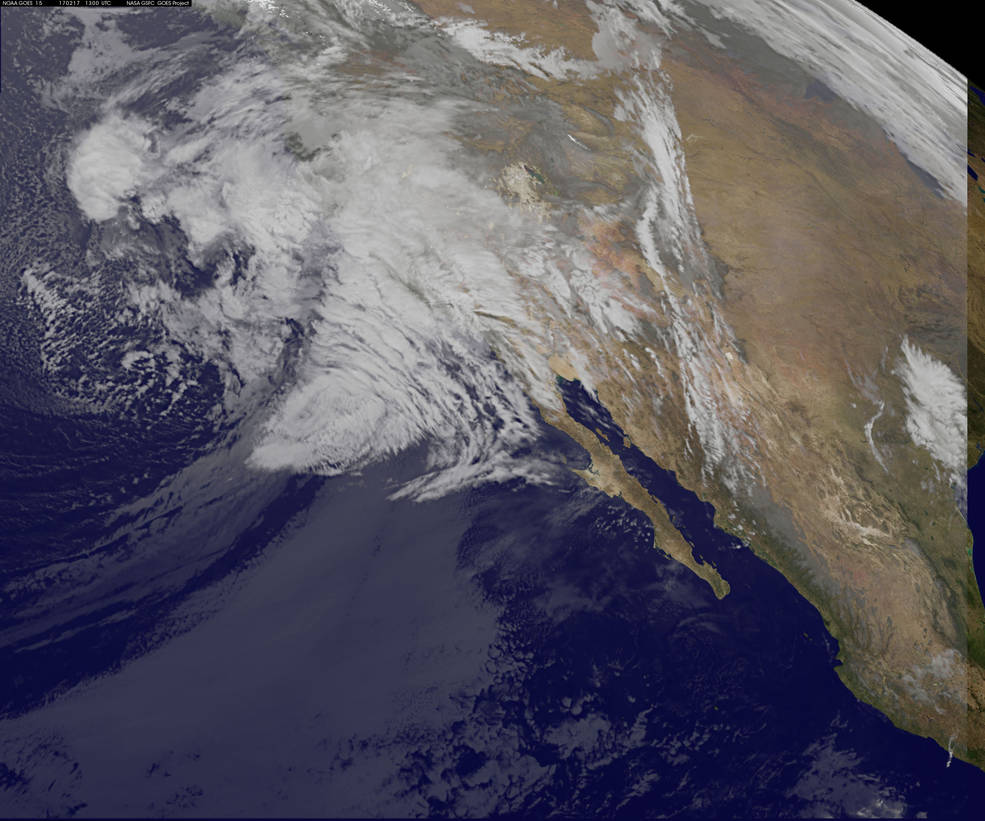 Daily rainfall records were also broken at Santa Maria Airport and in Lancaster. 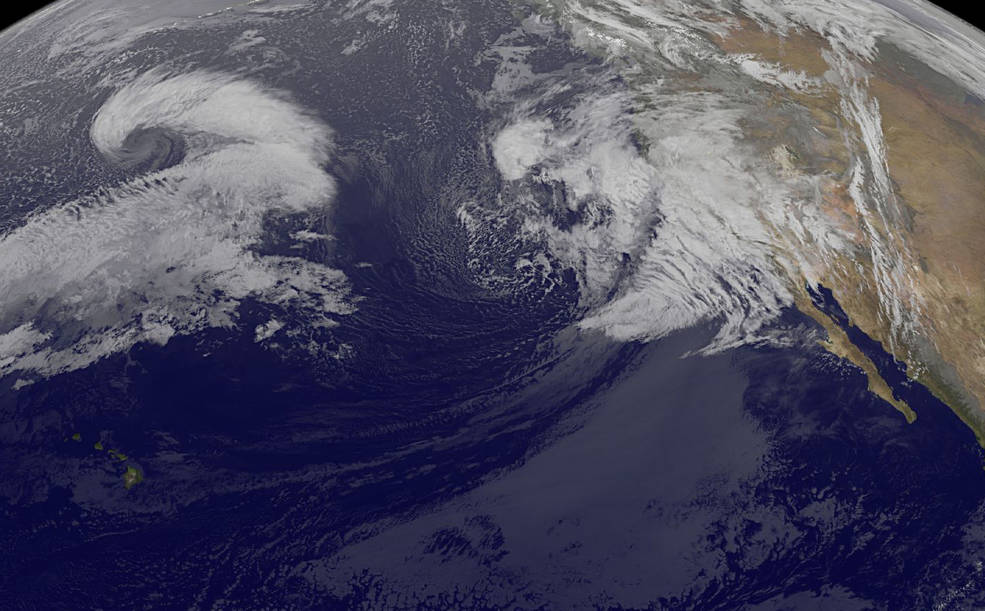 Another storm system is headed toward the Pacific coast. It should start affecting the coast on February 20 and 21 and could bring even more rain.