Archaeologists discovered evidence suggesting that humans in India have survived the catastrophic Toba supervolcano eruption in Indonesia 74 000 years ago. After studying stone tools unearthed in northern India, researchers found a continuous occupation, showing humans were there before and after the explosion.

Mount Toba is a supervolcano situated on the Sumatra Island in Indonesia. Its caldera is now Lake Toba, the biggest crater in the world. The volcano is the site of the biggest eruption on Earth in the past two million years (VEI 8), which coincided with the migration of ancient humans from Africa into Asia. The Toba catastrophe theory holds that this event caused a global volcanic winter of six to ten years and possibly a 1 000-year-long cooling episode.

Stone tools unearthed in Dhaba, northern India, suggest that humans were there before and after the eruption. According to lead author Chris Clarkson from the University of Queensland, the tools were similar to the ones being used by Homo sapiens in Africa in the same period. 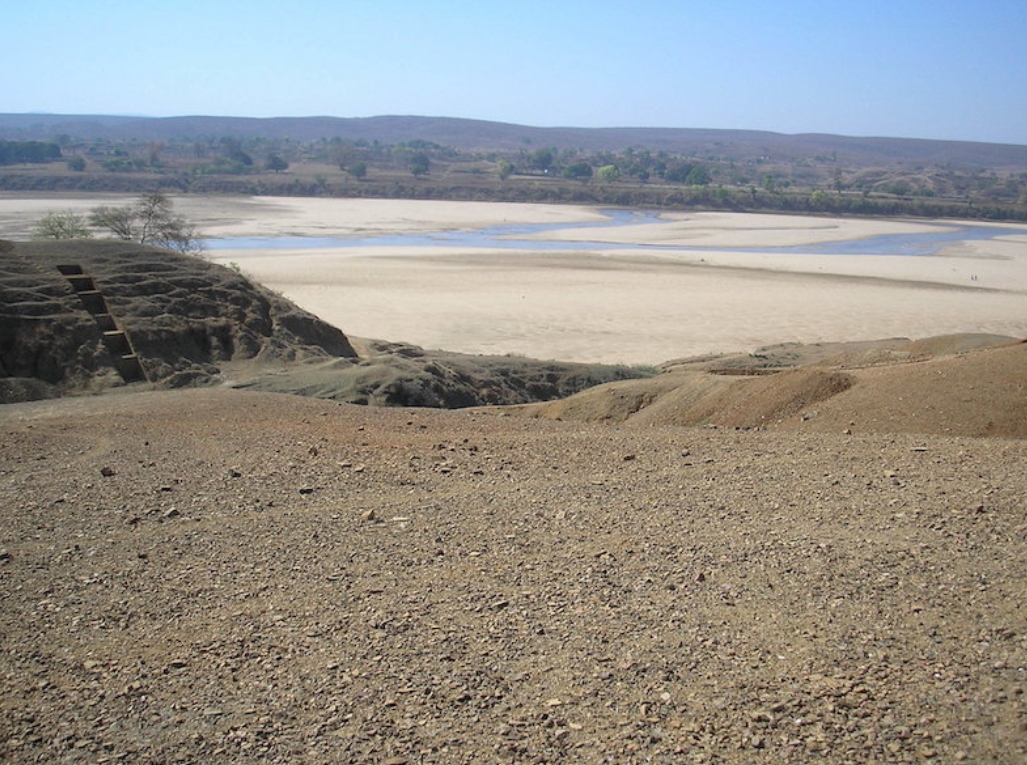 A view from the Dhaba site, where an archaeological trench is visible near the left edge. Image credit: Christina Neudorf/Max Planck Institute

"The fact that these toolkits did not disappear at the time of the Toba super-eruption or change dramatically soon after indicates that human populations survived the so-called catastrophe and continued to create tools to modify their environments," Clarkson said.

Archaeologists found stone tools at Dhaba's excavation sites in the Middle Son Valley– these tools were found to had been crafted before to after the explosion, beginning at 80 000 years ago. 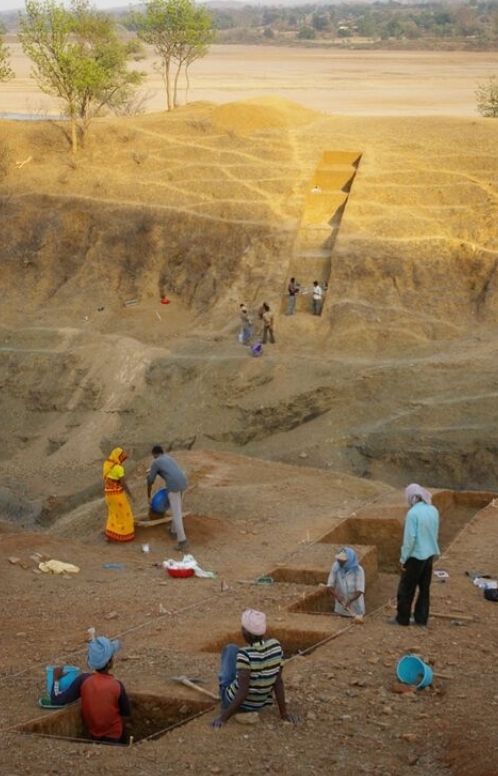 The supervolcano eruption has sparked many controversies on how it affected Earth. Some scientists believe that the event emitted enormous ash into the atmosphere, blanketing the skies that caused winter-like conditions for up to 10 years and a cooler climate for a thousand years, which led to the extinction of modern humans.

However, evidence gathered in Africa, India and Asia showed that the Toba explosion did not affect the human population severely.

"A prominent theory is that the few human survivors in Africa coped by developing more sophisticated social, symbolic and economic strategies, in turn enabling them to repopulate Africa and then migrate into Europe, Asia and Sahul by 60 000 to 50 000 years ago," Clarkson explained.

"In fact, archaeological sites in southern Africa show human populations thrived following the Toba super-eruption. Climate and vegetation records from Lake Malawi in East Africa likewise show no evidence for a volcanic winter at the time of the eruption," he added."

"In Sumatra, close to the eruption itself, colleagues found Homo sapiens teeth which dated back to 73 000 to 63 000 years ago. This indicates Homo sapiens was living in Sumatra in a closed canopy rainforest environment soon after the eruption."

Clarkson noted that even though the Toba supervolcano eruption was a colossal event, it may only have had a minor impact on human populations in India at that time. 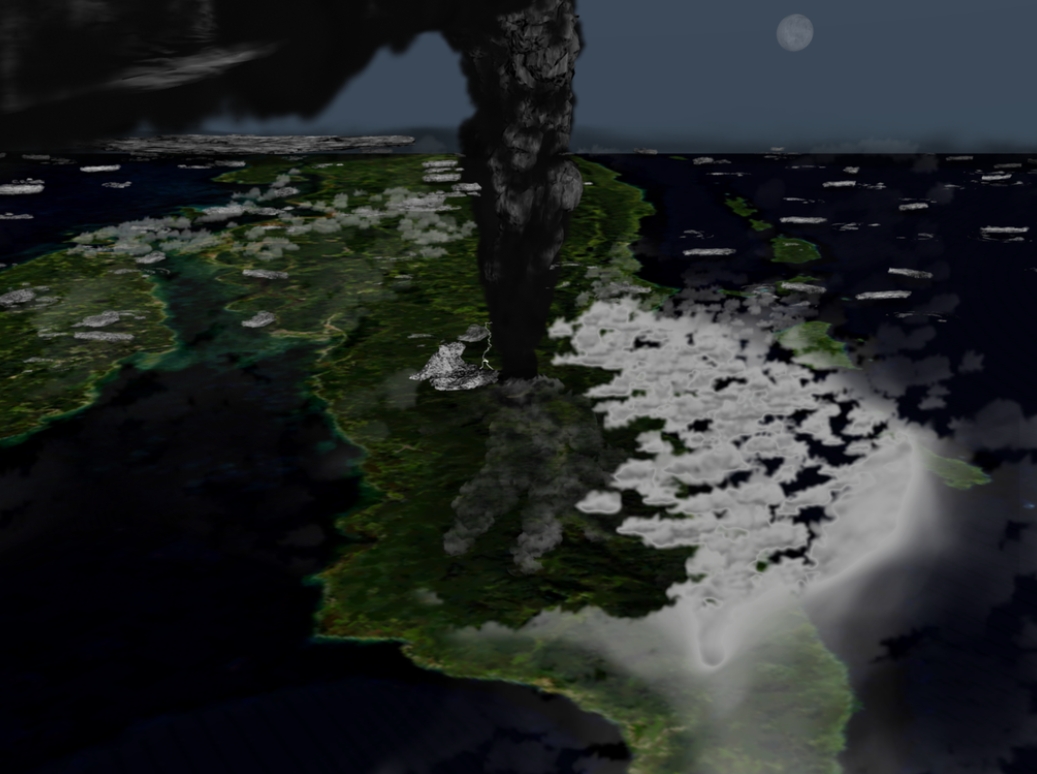 The findings showed that there were no disruptions in stone tool production, meaning the site was continuously occupied– had the eruption affected the population, it would have caused a gap in production.

Moreover, stone tools in the site were found to be similar to those in Arabia from around 100 000 years ago, as well as tools found in Australia, where ancient humans were believed to have arrived 65 000 years ago. This indicates that there was a technological continuity moving west to east, thus, there was a human migratory path.

The researchers concluded that stone tools found in northern India suggest that ancient humans were present in the area as early as 80 000 years ago and lived through the eruption of Toba 74 000 years ago. 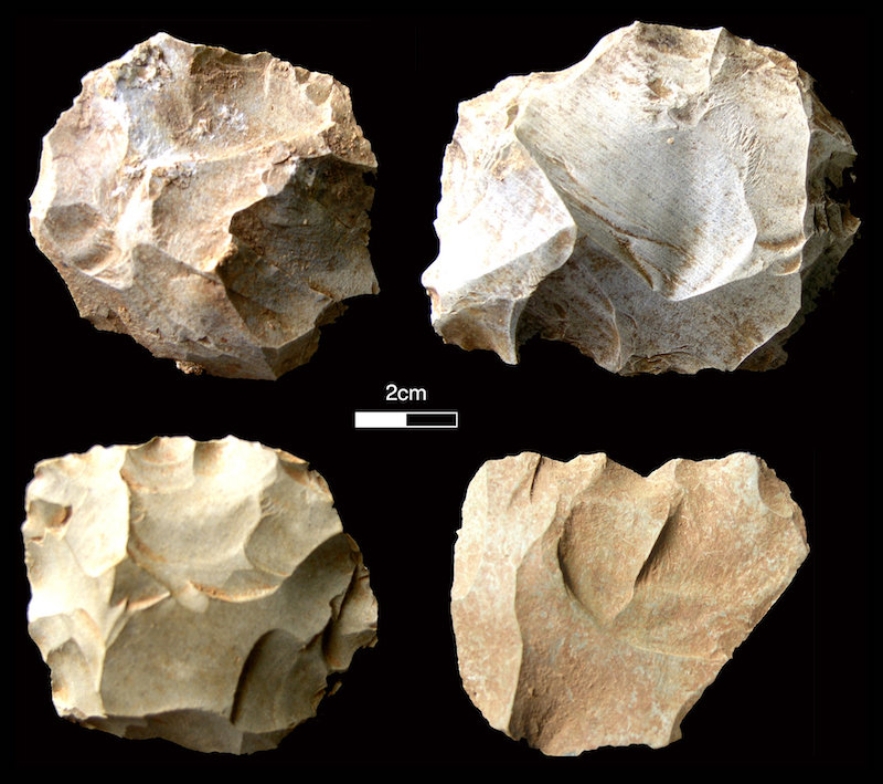 India is located at a critical geographic crossroads for understanding the dispersal of Homo sapiens out of Africa and into Asia and Oceania. Here we report evidence for long-term human occupation, spanning the last ~80 thousand years, at the site of Dhaba in the Middle Son River Valley of Central India. An unchanging stone tool industry is found at Dhaba spanning the Toba eruption of ~74 ka (i.e., the Youngest Toba Tuff, YTT) bracketed between ages of 79.6 ± 3.2 and 65.2 ± 3.1 ka, with the introduction of microlithic technology ~48 ka. The lithic industry from Dhaba strongly resembles stone tool assemblages from the African Middle Stone Age (MSA) and Arabia, and the earliest artefacts from Australia, suggesting that it is likely the product of Homo sapiens as they dispersed eastward out of Africa.