A study of an ancient fossil mollusk shell from the Late Cretaceous revealed that the Earth had days half an hour shorter 70 million years ago. The planet rotated 372 times per year during that period, compared to the 365 to 366 days in the present.

The prehistoric mollusk was from an extinct diverse group known as rudist clams that grew quickly, laying down growth rings daily.

This new study used lasers to sample minute slices of shell and count the rings more precisely than human researchers that used microscopes. The rings allowed the scientists to identify the number of days per year and accurately calculate a day's length 70 million years ago.

In addition, the study also found that the mollusks harbored photosynthetic symbionts that could have fueled reef-building on the scale of corals in the modern days.

The findings showed an unprecedented detail regarding how the animal lived through and what the water conditions it grew in were like.

"We have about four to five data points per day, and this is something that you almost never get in geological history. We can basically look at a day 70 million years ago. It's pretty amazing," said lead author Niels de Winter, an analytical geochemist at Vrije Universiteit Brussel.

The researchers' analysis of the shell is composed of two parts connected by a natural hinge or bivalve. It revealed that the ocean had warmer temperatures during that time than previously believed, and they reached 40 °C (104 °F) in the summer and over 30 °C (86 °F) in the winter.

"This bivalve had a very strong dependence on this daily cycle, which suggests that it had photosymbionts," de Winter said. "You have the day-night rhythm of the light being recorded in the shell."

Moreover, it showed that the shell grew faster in the day than in the night, indicating that the clams may have had a relationship with another species that fueled reef-building and fed on sunlight– this type of one or two-way relationship is called symbiosis. 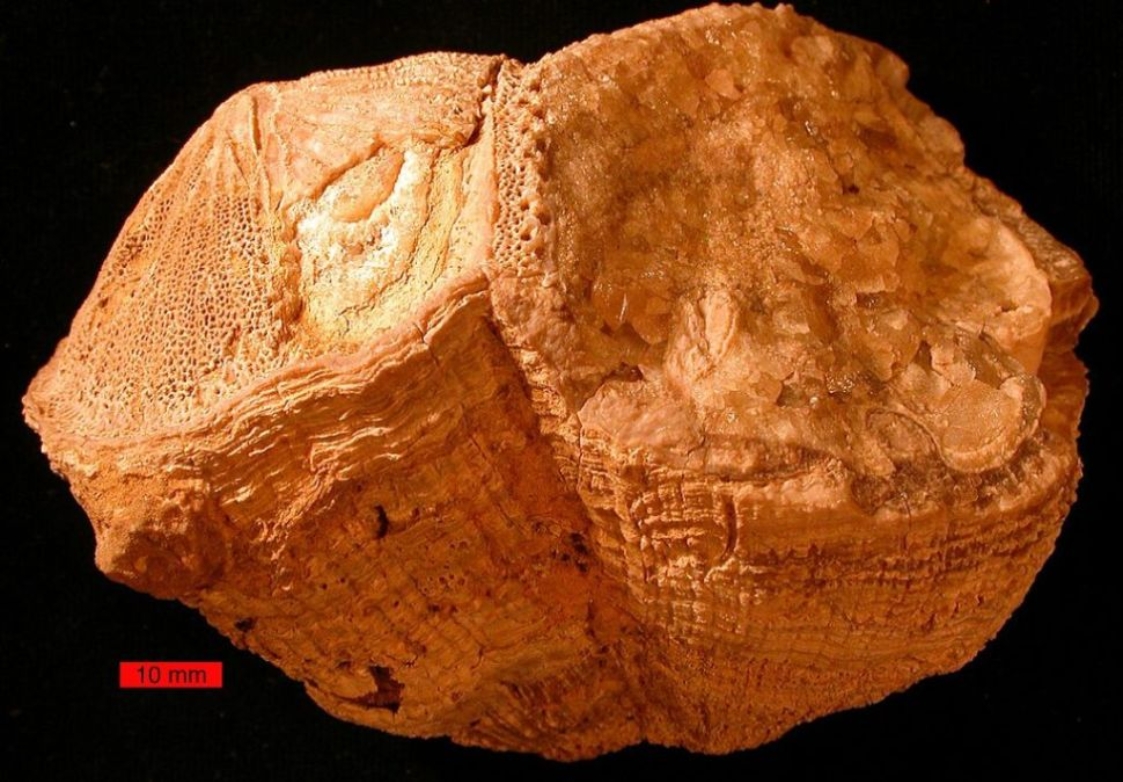 Researchers were able to identify various seasons and count the years as the ancient mollusk showed great seasonal changes.

Years during that period were 372 days long, and a day lasted for 23 hours and 30 minutes. This was the most accurate count discovered for the Late Cretaceous period.

"The high fidelity of this data-set has allowed the authors to draw two particularly interesting inferences that help to sharpen our understanding of both Cretaceous astrochronology and rudist palaeobiology," said Peter Skelton, a former lecturer of palaeobiology at The Open University who is not involved in the study.

Although the number of days in a year has changed, the length of a year has remained the same since the Earth's orbit around the Sun does not change. The length of a day has been increasing as the Moon's gravity produces friction from ocean tides, slowing down the planet's rotation.

As the Earth slows down, the pull of the tides accelerates the Moon, making it move farther away every year. Now, the Moon pulls away around 3.8 cm (1.5 inches) each year, but it has changed over time.

The research team said they are hoping to use this new method to examine older fossils to discover even older stories from the planet's natural record keeper.

This study presents subdaily resolved chemical records through fossil mollusk shell calcite. Trace element profiles resolve periodic variability across ~40‐μm‐thin daily growth laminae in a Campanian Torreites sanchezi rudist bivalve. These high‐resolution records are combined with seasonally resolved stable isotope and trace element records that allow shell‐chemical variability to be discussed on both seasonal and daily scale. A combination of layer counting, spectral analysis of chemical cyclicity and chemical layer counting shows that the rudist precipitated 372 daily laminae per year, demonstrating that length of day has increased since the Late Cretaceous, as predicted by astronomical models. This new approach to determine the length of a solar day in geologic history through multiproxy chemical records at subdaily resolution yields considerably more control on the uncertainty of this estimate. Daily chemical variability exceeds seasonal variability in our records, and cannot be explained by diurnal temperature changes. Instead, we postulate that rudist shell chemistry is driven on a daily scale by changes in light intensity. These results together with those of stable isotope analyses provide strong evidence that Torreites rudists had photosymbionts. Bivalve shell calcite generally preserves well. Therefore, this study paves the way for daily‐scale reconstructions of paleoenvironment and sunlight intensity on geologic time scales from bivalve shells, potentially allowing researchers to bridge the gap between climate and weather reconstructions. Such reconstructions improve shell chronologies, document environmental change in warm ecosystems, and widen our understanding of the magnitude of short‐term changes during greenhouse climates.