NASA believes that the mysterious comet named C/2019 Q4, which exited the astronomical community this week, is from outside the solar system. The object was discovered by Gennady Borisov, a Crimean astronomer at the MARGO observatory, Nauchnij, on August 30, 2019.

Astronomers theorize it to be interstellar after observing its trajectory and velocity.

Davide Farnocchia, an astronomer at the Jet Propulsion Laboratory, explained, "the comet's current velocity is high, about 150 000 km/h (93 000 mph) which is well above the typical velocities of objects orbiting the Sun at that distance."

He added that the high velocity could be an indicator that the comet did not only come from the outer solar system but will also head back to interstellar space.

The comet, an icy body enveloped in a cloud of dust and particles, is still going inward towards the Sun. It will stay farther than the orbit of Mars and will approach Earth no closer to 300 million km (190 million miles). 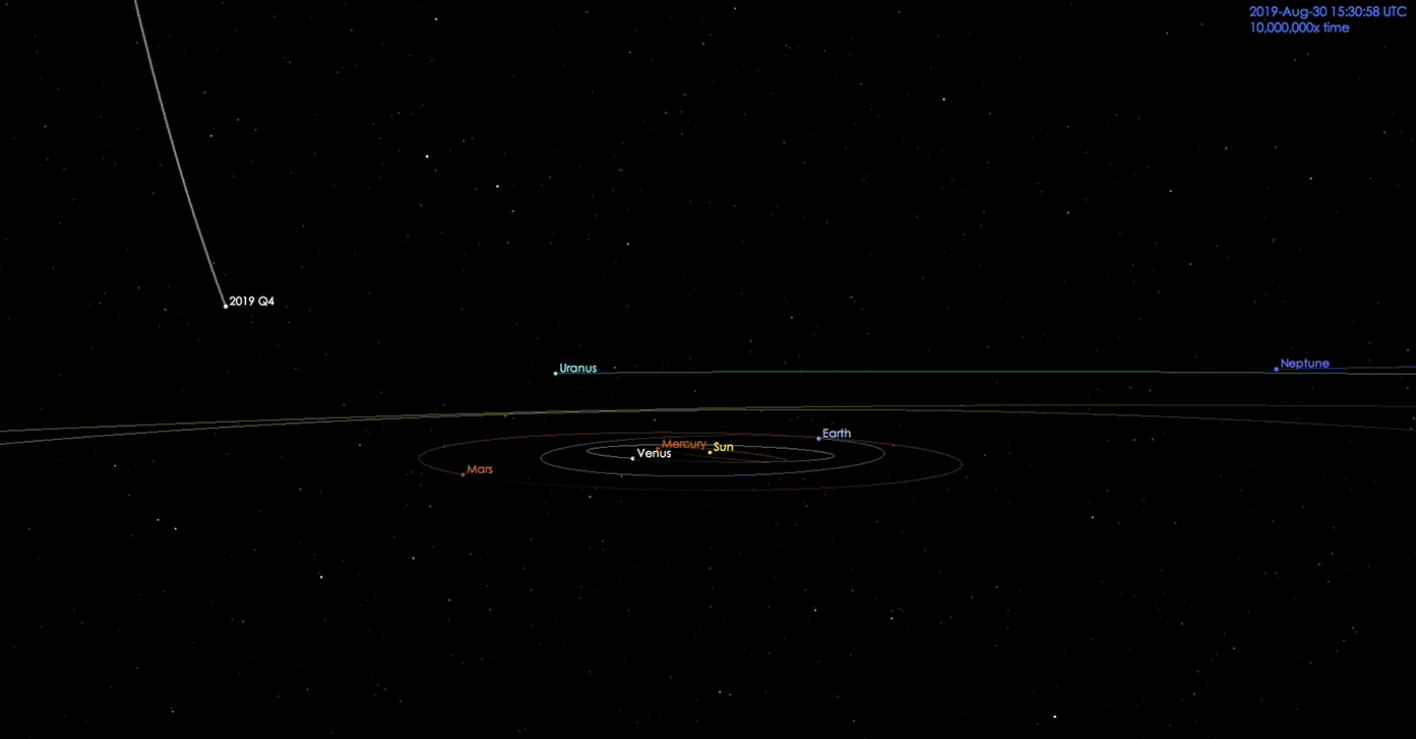 According to Farnocchia, it can be observed using professional telescopes in the coming months, and "will peak in brightness in mid-December and continue to be observable with moderate-size telescopes until April 2020."

NASA stated that it is not yet confirmed to be an interstellar object. But if ever it is, it would be the second comet tracked from outside our solar system.

The first one was called the Oumuamua, which was detected and confirmed in October 2017.

Astronomer Paul Chodas described it as "a strange visitor from a faraway star system, shaped like nothing we’ve ever seen in our own solar system neighborhood." Oumuamua is a Hawaiian name that means "a messenger from afar arriving first".