Tropical storm "Podul" has weakened into a low tropical depression after it made landfall in north-central Vietnam on August 30, 2019, with average wind speed between 40 to 60 km/h (25 to 37 mph). Meanwhile, the storm slammed provinces in the north and northeast areas of Thailand, hitting the province of Khon Kaen the worst. Deadly flash floods and landslides produced by the rains took the lives of 5 residents.

Podul hit Vietnam's Quang Binh province by 20:00 UTC and moved towards the boundary between Laos and Thailand by 09:00 UTC. Northern and central areas in Vietnam including Hoa Binh, Son La, Yen Bai, and Phu Tho were expected to have heavy storms today that would go on until September 2.

Five casualties were reported in Thailand as Podul crossed Vietnam's coast and hit the country. 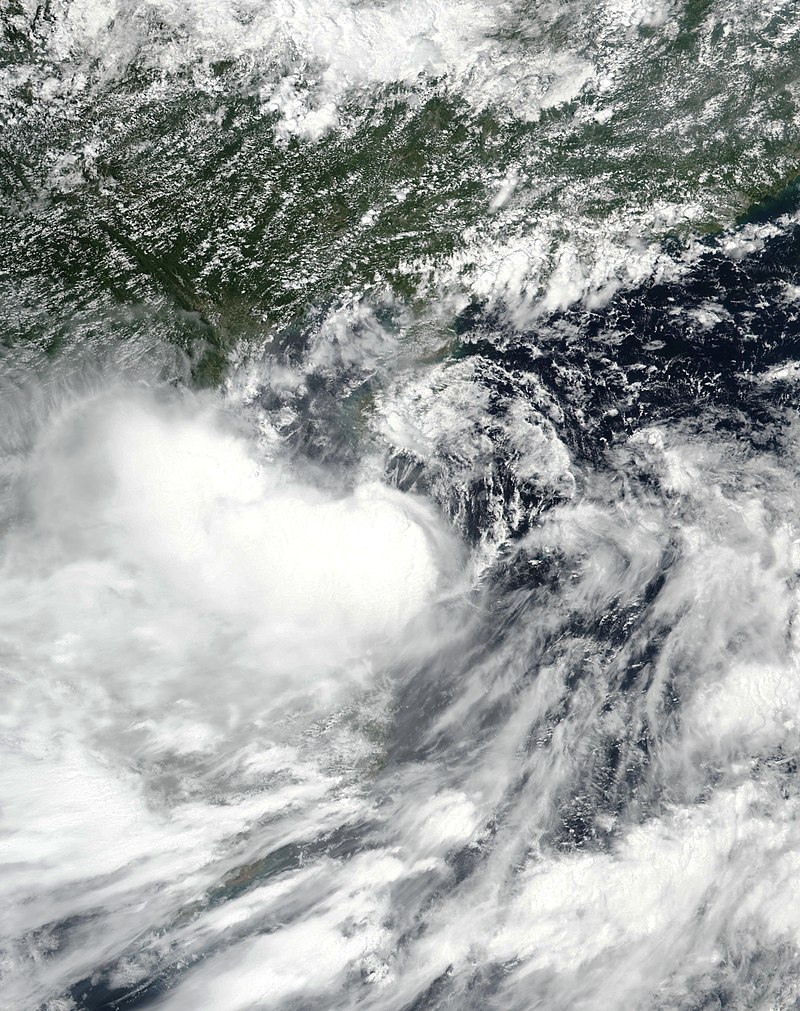 Thai media identified the victims who were swept away by racing waters as Samorn Suekwan, 67, Vieng Tongyoiyord, 58, and Chonthicha Archaroen, 18. The other victims named Jamnong Buasaeng, 50, died from a collapsing brick, while Sarawut Chanthopaeng, 20, died by electrocution while helping neighbors with their belongings and fighting floodwaters at the same time.

A landslide also occurred in Nan Province, damaging around 15 homes.

Authorities have issued red warnings for areas in the north and northeastern Thailand. Heavy storms were predicted to slam more areas until September 3.