Orange alert was issued for economic losses. Significant damage is likely and the disaster is potentially widespread. 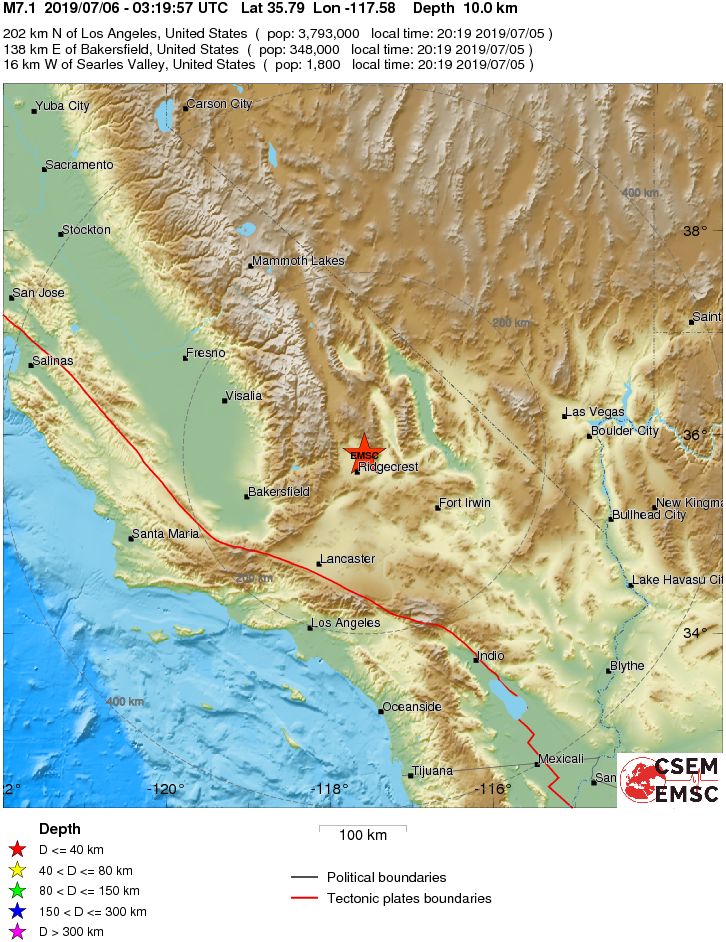 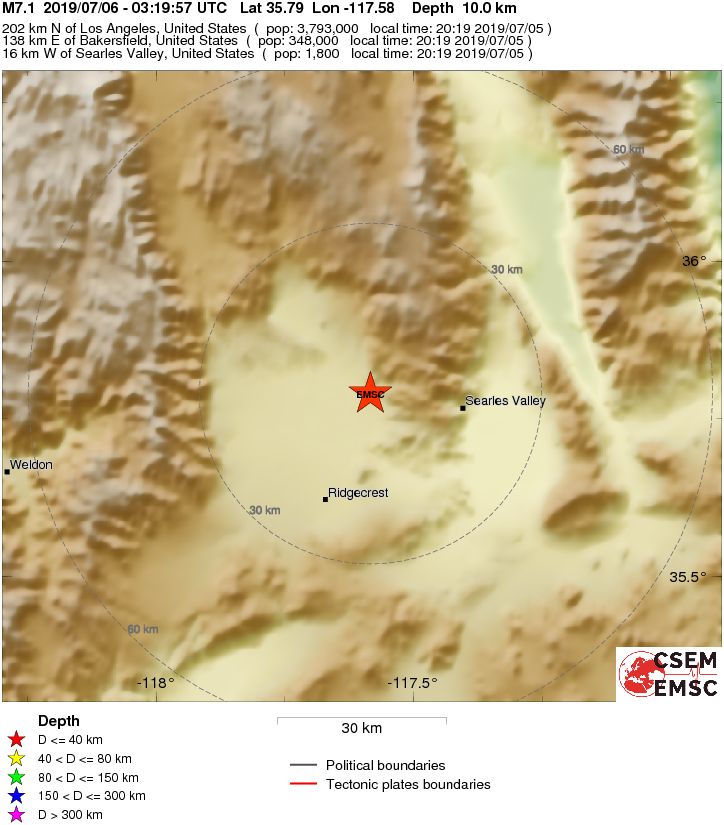 Orange alert was issued for economic losses. Significant damage is likely and the disaster is potentially widespread. Estimated economic losses are less than 1% of GDP of the United States. Past events with this alert level have required a regional or national level response.

Recent earthquakes in this area have caused secondary hazards such as tsunamis, landslides and liquefaction that might have contributed to losses.

The USGS registered 1 804 earthquakes in this area since July 4: 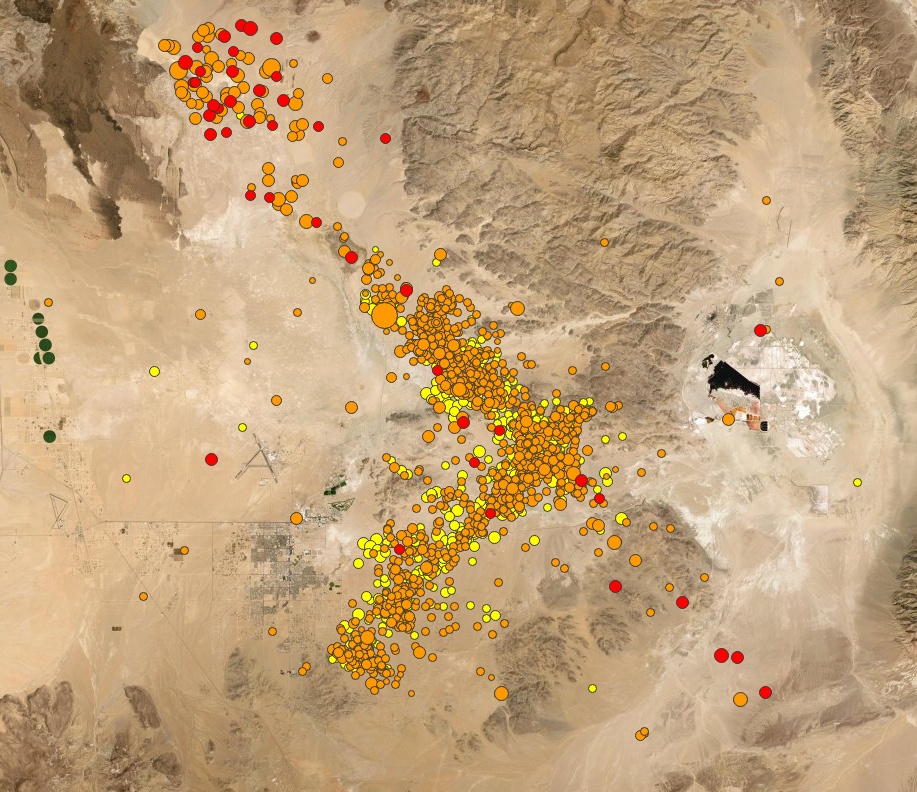 Earthquakes near Ridgecrest from July 4 to 6, 2019. Credit: USGS 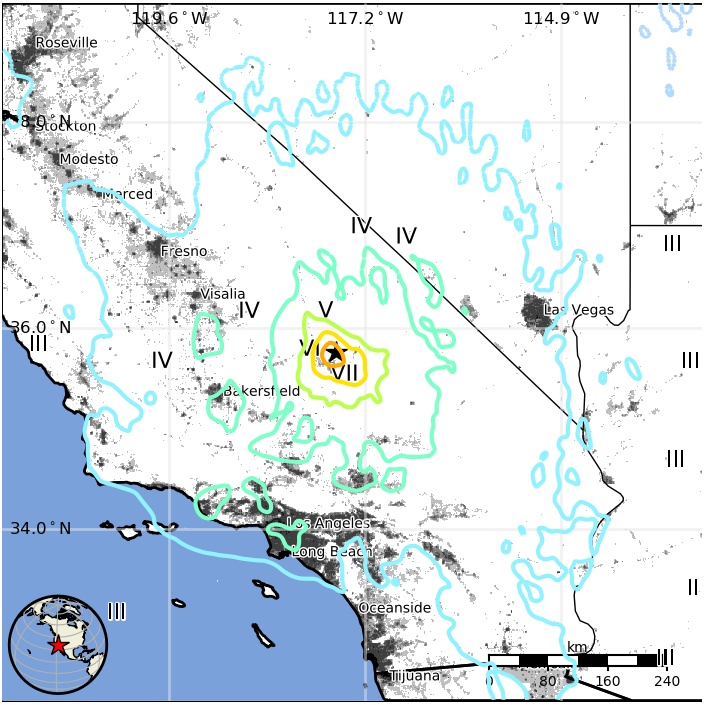 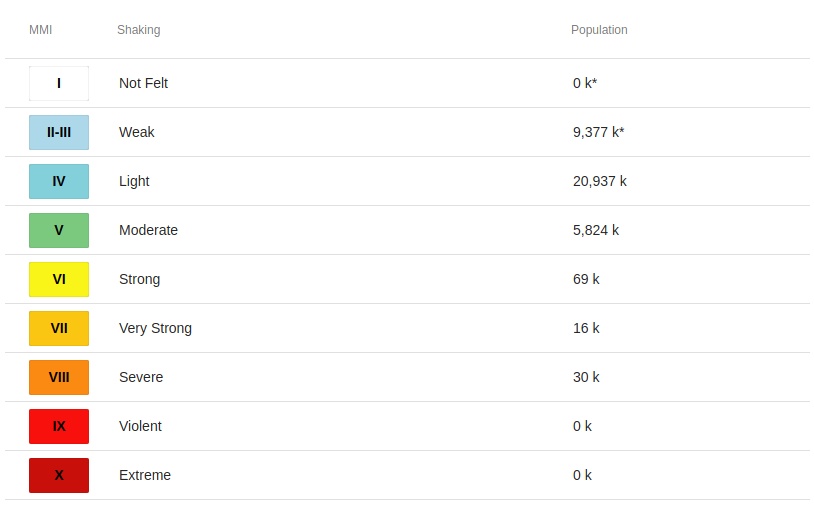 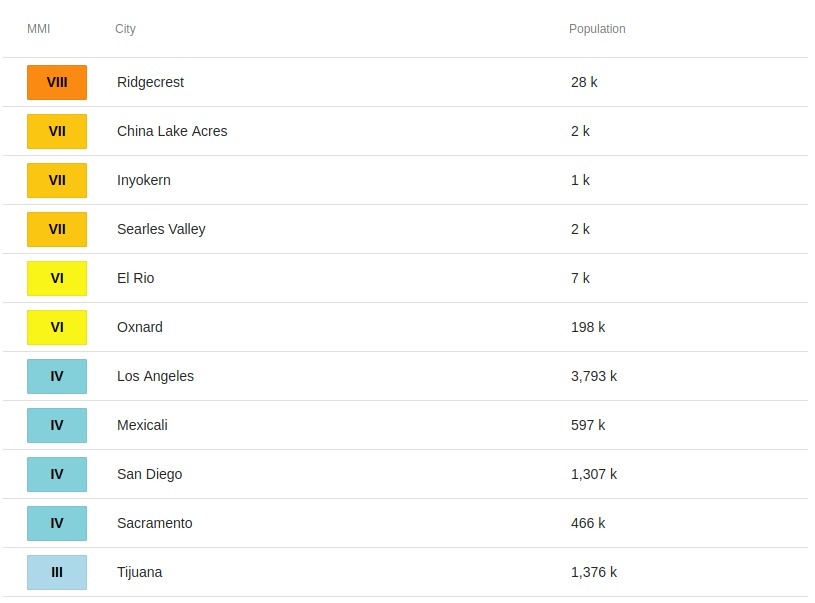 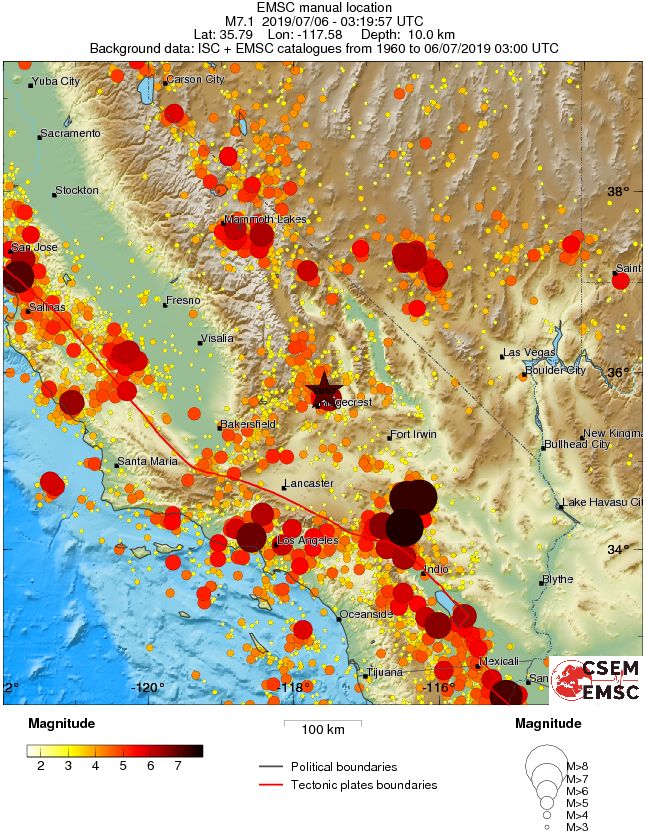 New7.1magnitude #earthquake rocks Southern #California
The L.A. Fire Department went into earthquake mode, standard procedure to get trucks out of buildings and begin searching for damage. A small number of power
A 5.5 aftershock hit the same region 28 minutes after the 7.1 quake pic.twitter.com/4h1xsRxgVI

An emergency operations center was activated and nearly 2 000 people are without fire, she added

A woman from Bakersfield (136 km / 84 miles SSW of the epicenter) told CNN the shaking lasted for about a minute, far larger than the one on July 4.

The Los Angeles Fire Department said there were reports of wires down and localized power outages.

CalTech seismologist Lucy Jones said both M7.1 and M6.4 quakes are a part of an ongoing sequence of a 'very energetic system.'

California Gov. Gavin Newsom declared a State of Emergency for San Bernardino County today, 2 days after the same was declared for Kern County due to M6.4 earthquake.

The 7.1 quake struck in the same vicinity, causing widespread and significant damage to critical infrastructure, including roads, water lines, and gas lines, resulting in multiple structural fires, the governor stated in the proclamation issued July 5.