A major winter storm system that brought blizzard conditions, severe thunderstorms, and heavy rainfall over much of the United States on March 13 and 14, 2019 departed into Canada today. In its wake, major to record river flooding is likely to continue through this weekend and into next week from the Plains to the Upper Midwest and into the lower Mississippi River. Fortunately, no significant storm systems are expected over the next week.

Major floods are affecting the central United States on March 14 and 15 after a massive late-winter storm dropped heavy rand and mixed with melting snowpack, swelling waterways to historic levels in Nebraska, South Dakota, Iowa and Minnesota.

So far, 19 locations across the Midwest have set new flood crests, said TWC's senior meteorologist Jon Erdman. These include eight locations in both Iowa and Nebraska, two in South Dakota and one in Wisconsin. Erdman noted that the flooding will continue through the weekend and highlighted a possible flood record on the Missouri River at Brownville, Missouri.

"This is probably the most widespread flooding damage we've had in the last half century" – Nebraska Governor @PeteRickettsNE on the ongoing flooding across the state #NEflood #NEwx #flood pic.twitter.com/ERY4bA8B0a

The way #floodwaters can isolate is scary. A home is surrounded near Waterloo, #Nebraska on Friday. Photo from @chrismachian
More #newx #flood coverage-> https://t.co/WDbSYAwguG pic.twitter.com/S3uDT63Nkq

From the Fremont area this morning on the Platte. Each of those little islands has dozens of cattle on it, stranded with no place to go.

Our thoughts are with our agriculture industry as they will certainly feel the effects of this flooding. pic.twitter.com/PK8gpu2NMb

Officials in Omaha, Nebraska, and surrounding communities are asking anyone who lives along the Missouri, Platte and Elkhorn rivers to leave their homes.

At least one person has been killed after he tried to rescue a stranded motorist. The incident happened at Shell Creek near Columbus in eastern Nebraska on March 14.

According to Mike Gillispie, NWS hydrologist in Sioux Falls, the flooding was the worst in nearly a decade in places. 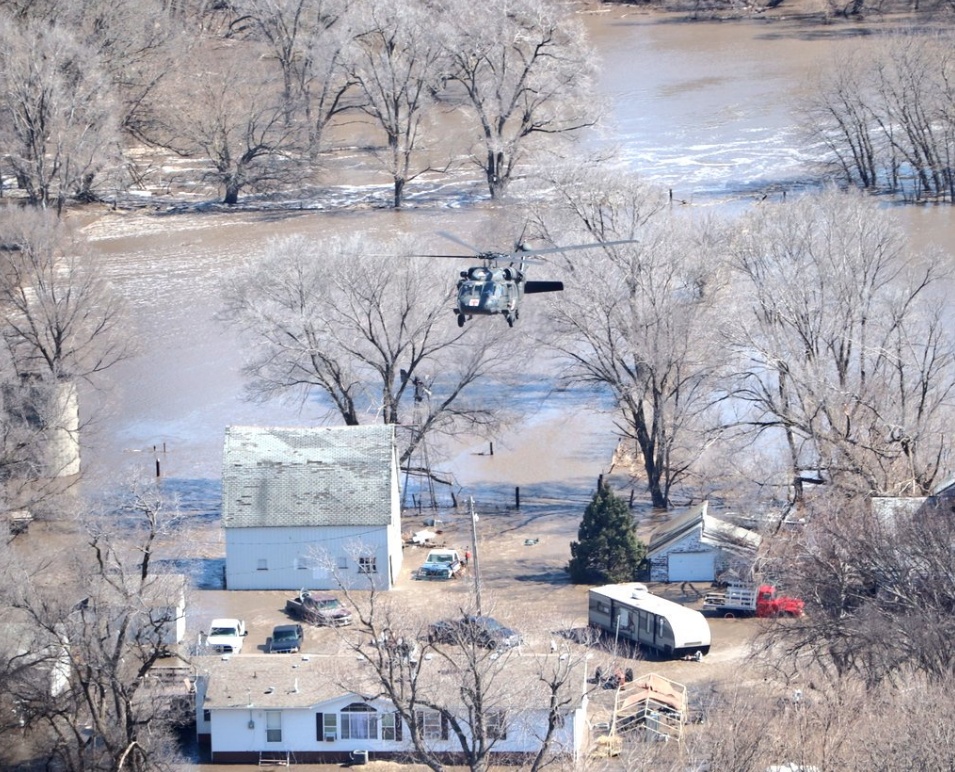 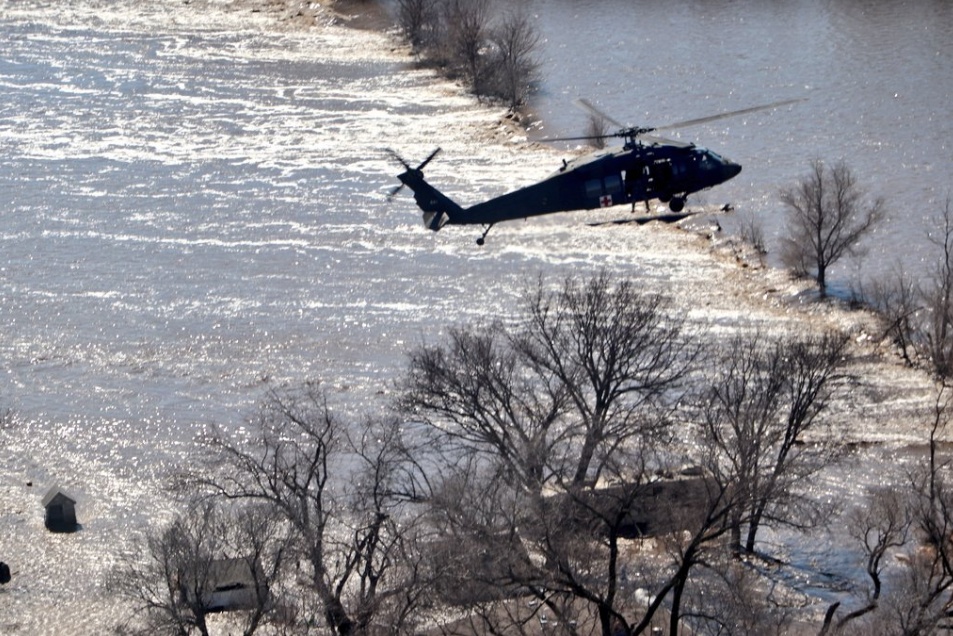 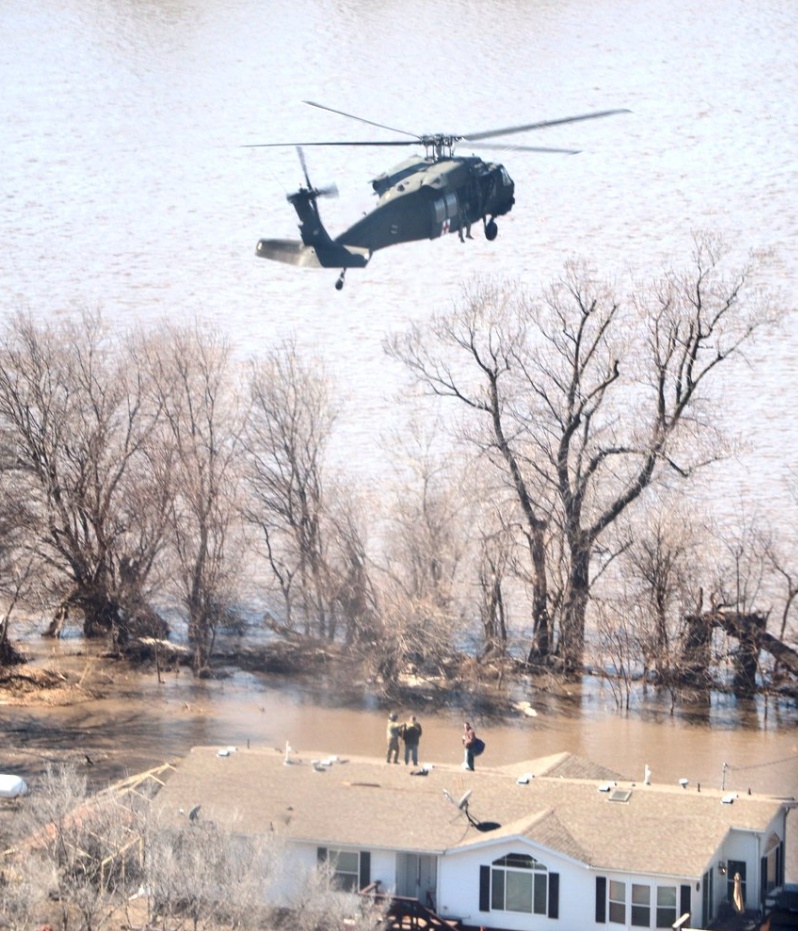 Flooding remains serious in the lower Missouri River region, a major source for the Mississippi River.

The Nebraska Public Power District said it was likely the station would be shut down early Saturday, March 16 if the Missouri River rises to 13.8 m (45.5 feet), as projected by the NWS. Plant officials, however, say they are confident that the flooding around the plant presents no danger to the public. The station provides 35% of NPPD's power.

All traffic on the Missouri River from about 80 km (50 miles) south of Omaha, Nebraska down to St. Joseph, Missouri has been shut down due to rising river levels.

Emergency disaster proclamation was declared in Iowa and Nebraska and the same is being prepared in South Dakota.

The storm produced at least three tornadoes in Michigan and Indiana on March 14. There are no immediate reports of any injuries, but homes and trees were damaged and power was knocked out to thousands, AP reported.