A big and powerful storm has formed in the Mediterranean Sea over the past 24 hours. Powerful winds, huge waves heavy snow, rain and ice are expected to impact most of southeastern Europe.

"Large waves affect the western Mediterranean on Thursday, with maximum wave height reaching 8 – 9 m (26 – 29 feet) on Menorca, and 6 – 7 m (19 – 23 feet) on Mallorca (significant wave height is 1/2 to 2/3 of these values) and up to 10 – 14 m (33 – 46 feet) along parts of the coast of Algeria. … Also expect major waves across southern and central Mediterranean, particularly on the western and southern coast of Sicily, Lampedusa and Malta. Waves reaching maximum heights up to 8 -10 m (26 – 33 feet) are expected there on Friday, pushing towards the eastern Mediterranean and affecting the coast of Libya and western and southern Crete with waves up to 8 -10 m maximum height." 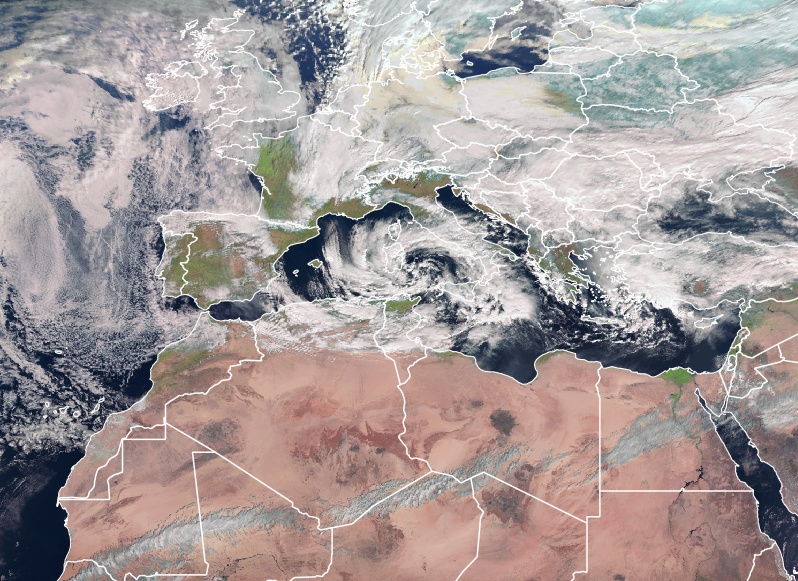 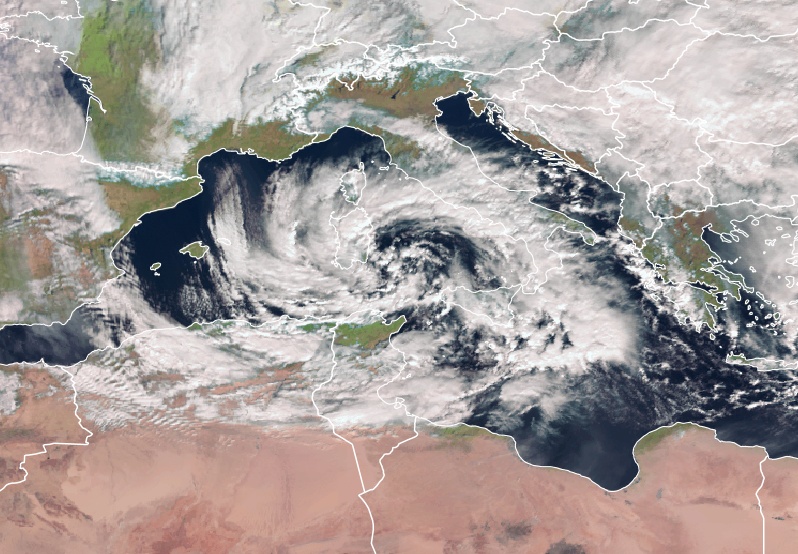 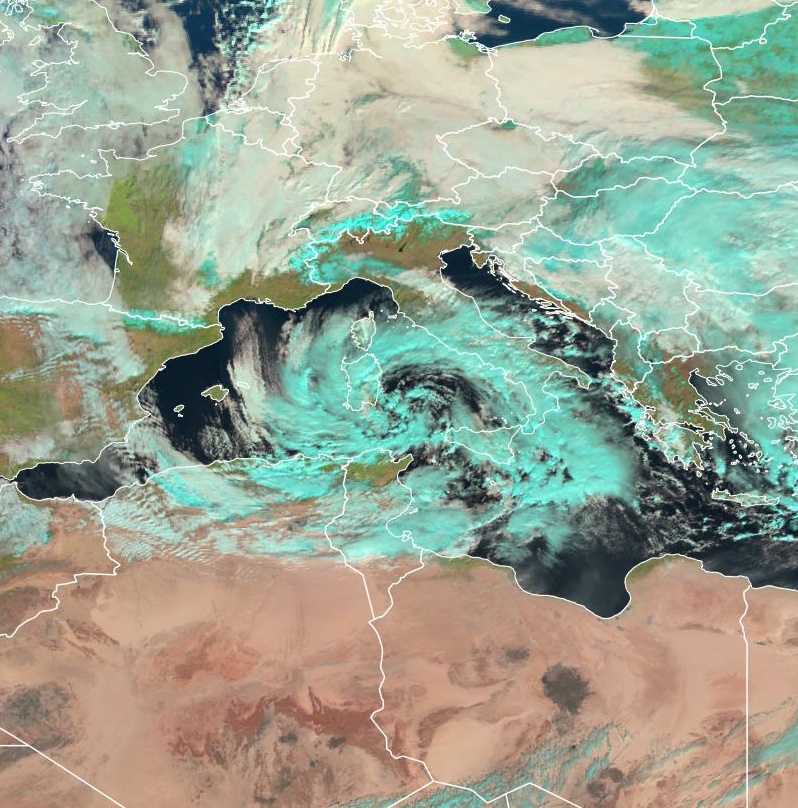 A ship with 47 refugees onboard is facing severe weather conditions at sea and is asking any safe harbor in Europe: 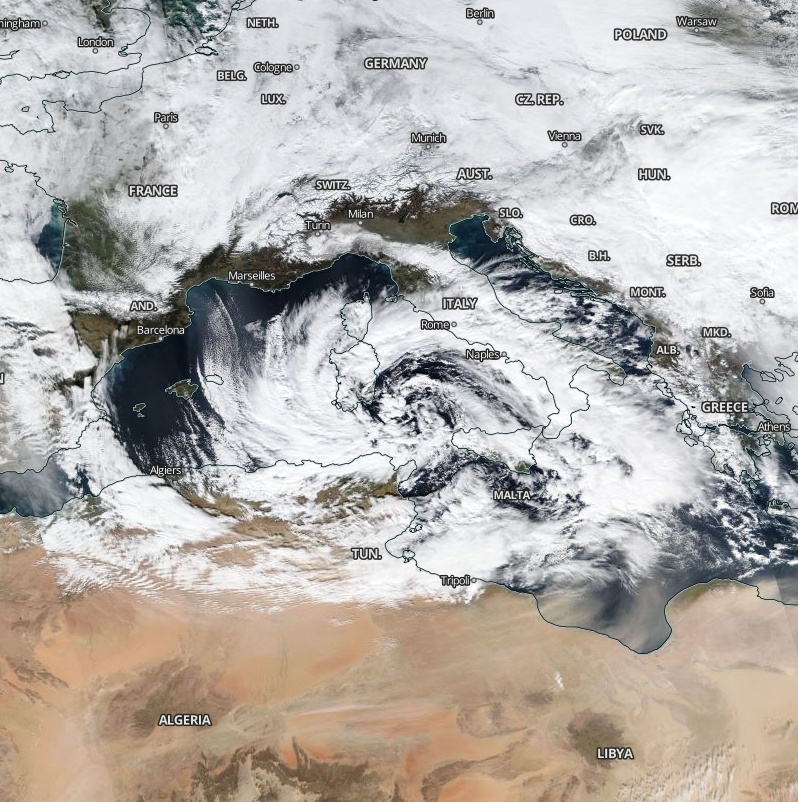 There is the potential that this storm could be distinguished as a medicane, a more tropical-like cyclone moving through the Mediterranean Sea, AccuWeather senior meteorologist Eriuc Leister said.

A large and powerful storm, which could be dubbed a 'medicane,' will bring impactful weather to millions of people from Italy to the Balkan Peninsula: https://t.co/99xceDHwRI pic.twitter.com/3S8NZFjeip

Buckle up, this is just another powerful storm expected to affect Europe over the next two weeks.