A winter storm will move across the Central Plains into the Great Lakes through the weekend bringing significant snowfall and gusty winds, leading to significant reductions to visibility, NWS warns. Meanwhile, Pacific storm systems continue to produce heavy snow in higher elevations and heavy rain along the West Coast, with flash flooding and debris flows possible over burn scars. Record lows will be widespread across the Northeast and northern Mid-Atlantic region Friday morning, November 23.

Precipitation will form by Friday morning ahead of a developing cold front in the central U.S., and as an upper-level trough pushes the front eastward, spread into the eastern U.S. by Saturday, November 24, NWS meteorologists Reinhart and Tate noted 07:59 UTC, November 23.

The precipitation will be mostly rain, except for snow in the Upper Mississippi Valley on Friday evening into Saturday, and also into the Southern and Central Appalachians.

There, light snow and freezing rain are forecast on Friday night into Saturday morning, which could cause slick travel conditions temporarily. Rain will move from the Mississippi Valley on Friday into the Tennessee and Ohio Valleys and Southeast on Friday night.

Generally, less than an inch of rain (25 mm) is forecast in those areas. On Saturday, rain will spread into the Mid-Atlantic states, and above an inch of total precipitation could fall (rain combined with the liquid equivalent of the light freezing rain and snow) in the Appalachians.

The cold temperatures felt this Thanksgiving in the northern Mid-Atlantic and Northeast will continue into Friday morning.

Low temperatures are expected to remain 8 – 16 °C (15 to 30 °F) below average there, which will lead to widespread record lows. Temperatures will slowly warm over the next couple of days, but remain below average through the end of the week there.

Meanwhile, multiple frontal systems along with upper level disturbances will move across the western U.S. over the next few days. This will bring an increased amount of precipitation in the area, with rain in the lower elevations and snow in the higher elevations of the Pacific Northwest, northern California, and across the Intermountain West.

Although this rainfall is beneficial for the fires, burn scars could create hazardous weather and lead to flash flooding, meteorologists warn. In addition, debris flows are also a hazard.

This widespread precipitation is expected to last through Saturday morning.

By Saturday evening and into Sunday morning, precipitation will shift to portions of the northern and central Rockies in addition to the northern/central Plains. 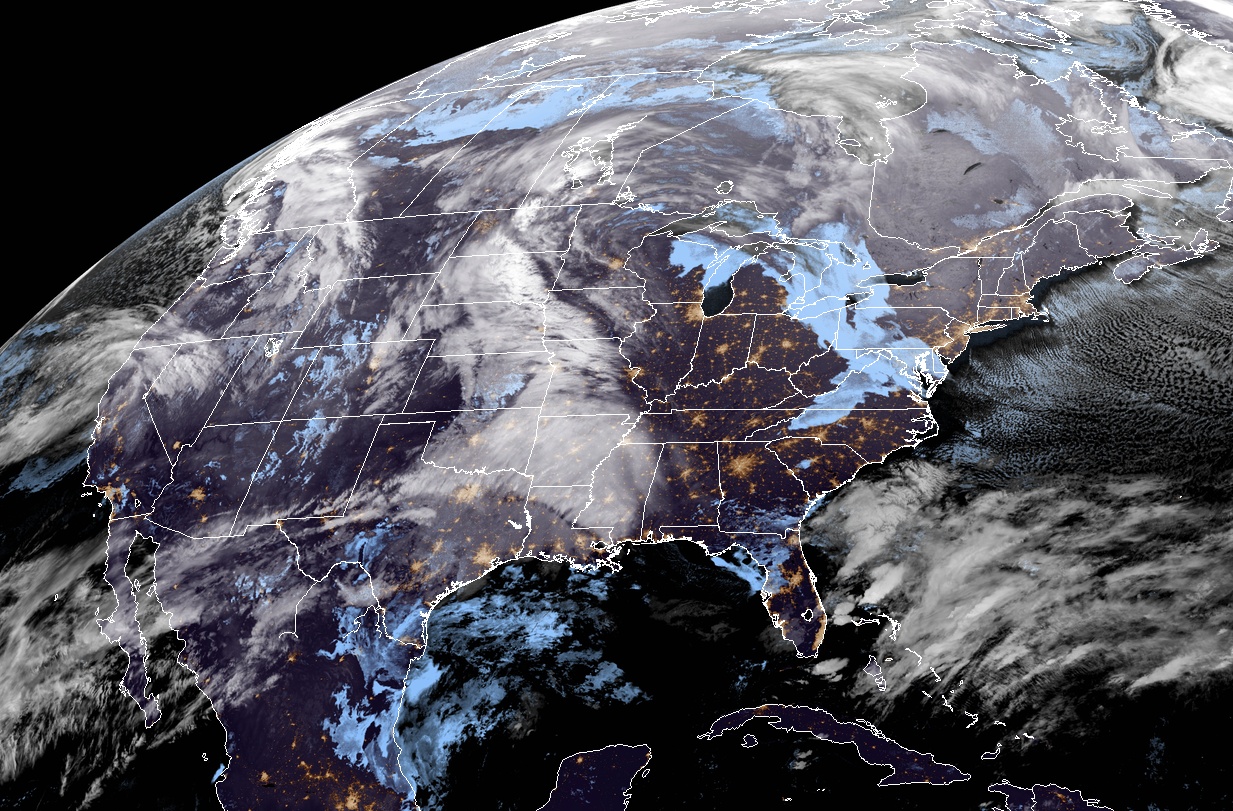