Tropical Storm "Michael" formed October 7 near the Yucatan Peninsula as the 13th named storm of the 2018 Atlantic hurricane season. A Tropical Storm Warning is currently in effect for the Cuban provinces of Pinar del Rio and the Isle of Youth, and the coast of Mexico from Tulum to Cabo Catoche, including Cozumel. Florida Governor Rick Scott announced that he will declare a state of emergency for the counties in the Florida Panhandle and Big Bend.

Michael was a stationary tropical storm at 18:00 UTC (13:00 CDT) and expected to resume a slow northward motion later today. A slow increase in forward speed is expected over the next few days.

The center of Michael is forecast to move near the northeastern tip of the Yucatan Peninsula Monday morning (local time), October 8, and then across the eastern Gulf of Mexico late Monday through Wednesday morning, October 10. 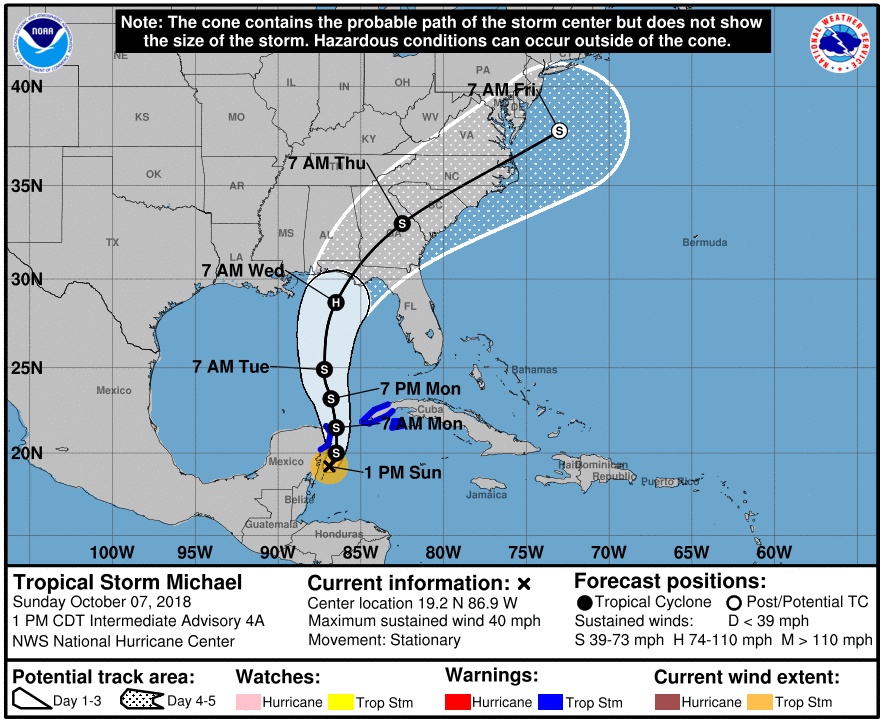 Tropical storm conditions are expected to first reach the coast within the warning area by this evening or tonight, making outside preparations difficult or dangerous, NHC forecasters said.

Total rain accumulations of 76 to 178 mm (3 to 7 inches) are expected over western Cuba and 51 – 102 mm (2 to 4 inches) over the Yucatan Peninsula, Belize, and northern Honduras through Tuesday, October 9.

This rainfall could lead to life-threatening flash floods and mudslides in areas of mountainous terrain.

Elsewhere, outer rain bands from Michael are expected to produce total rain accumulations of 51 – 102 mm (2 to 4 inches) across the Florida Keys through Monday. 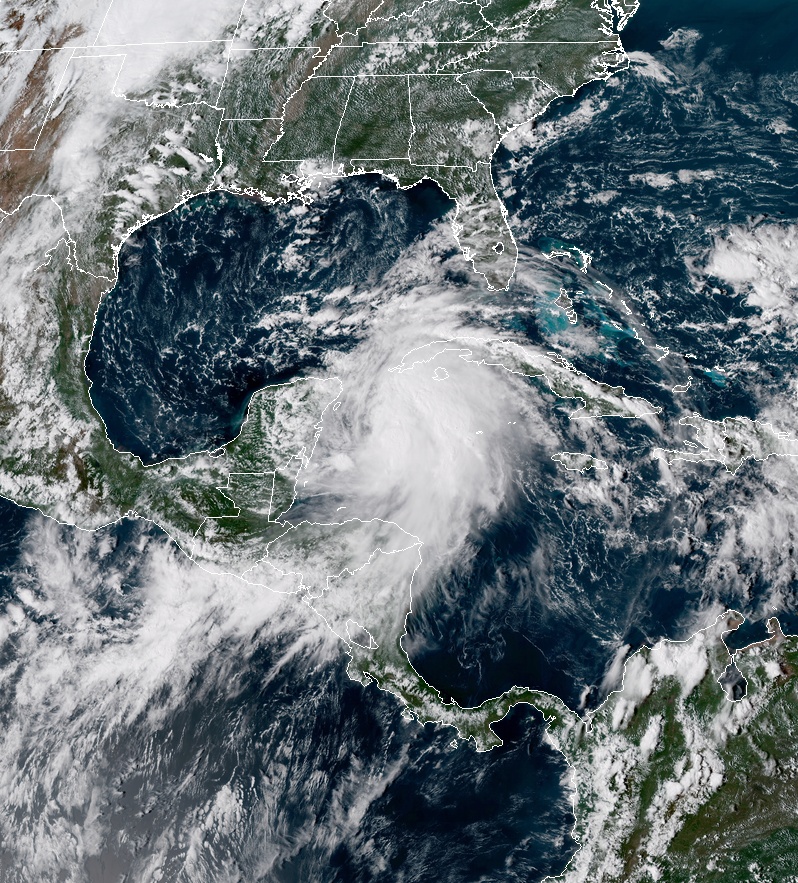 Moderate westerly shear is forecast to gradually decrease over the next day or two as an upper-level trough over the Gulf of Mexico moves westward and weakens.

This, in combination with warm waters, should allow for gradual strengthening as the system moves northward over the Gulf of Mexico.

Nearly all of the intensity models bring the cyclone to hurricane strength over the Gulf of Mexico in 2 to 3 days.

There is an increasing risk of dangerous storm surge, rainfall, and wind impacts over portions of the northern Gulf Coast by mid-week, although it is too soon to specify the exact location and magnitude of these impacts, NHC said.

Residents in these areas should monitor the progress of this system.

Florida Governor Rick Scott announced that he will issue an executive order declaring a state of emergency for counties in the Florida Panhandle and Big Bend as the state continues to monitor and prepare.

"Later today, I will receive a full update and briefing on the forecast and potential impacts of the storm from federal, state and local emergency management officials," he said.