A major increase in SO2 emissions was observed at Vanuatu's Ambae volcano over the past couple of days, with levels similar to those measured in early April when much of the island was devastated by ashfall. Volcanic alert level for the volcano was raised to Level 3 on July 21.

The volcanic eruption at Ambae confined inside the Lake Voui is consistent with the Volcanic Alert Level 3, the Vanuatu Meteorology and Geohazards Department (VMGD) said July 21.

Scientific analyses confirm that the current activity is similar to the volcanic activity of March 2018 with more and sustained emissions of volcanic ashes.

A major increase in SO2 and ash emissions was detected over the past few days, with levels similar to those measured in early April when the volcano released more sulfur than in any eruption over the past 3 years.

Major increase in SO2 emissions from #Ambae/#Aoba (#Vanuatu) in recent days. Levels similar to those measured in early April when much of the island was devastated by ashfall.  data from @NASANPP OMPS and @NASA OMI. @GeohazardsObs @NASAEarth @Eruptn https://t.co/PoMAYJIcxV pic.twitter.com/628CwFAhMi

The Danger Zone for life safety is now limited at 3 km (1.8 miles) radius from the active vent and areas located in the Yellow Zone (See map below).

Observations flights on July 13 and 20, 2018 confirm the activity at the volcano is only occurring in one of the summit crater lakes (Lake Voui) and is not changing. Photographs taken during observation flights show the activity consists of explosions and ejection of hot rocks from the eruptive vents accompanied by ash emission. 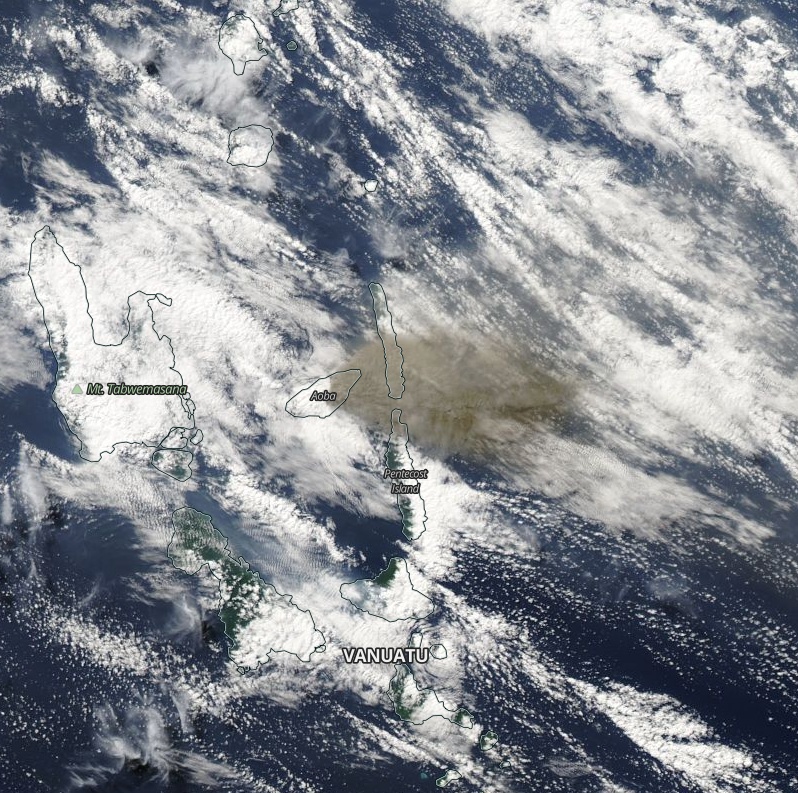 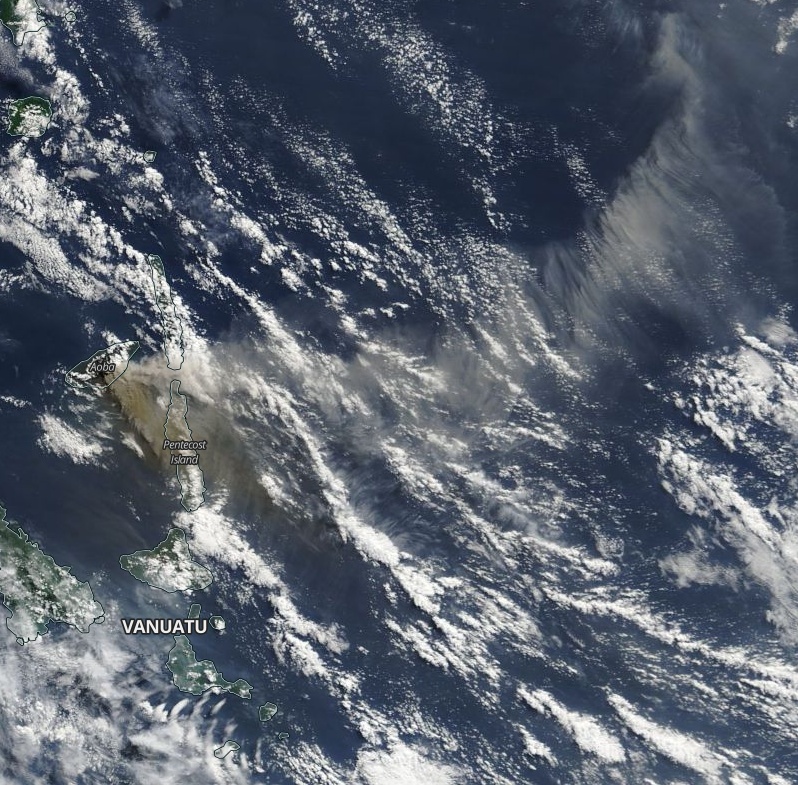 The presence of ash that has fallen on Ambae during the last eruptive phases and now will continue to change the behavior of streams and creeks when it rains. The creeks and streams can produce floods and carry a lot more debris (sands, gravel and boulders).

The flow path of streams and creeks could change due to the flood debris, VMGD warns, adding that landslides may occur at some areas during heavy rainfall.

All tourism agencies, local authorities, people of Ambae and the general public is advised not to access the Danger Zone which is now about 3 km radius from the eruptive vent. In this area flying rocks, volcanic gases and ashes are expected.

Villages in the Yellow Color may continue to expect a change in streams and creeks flows during rainfall.

Villages from Ambae island will continue to experience impacts of volcanic gases and ashes especially those exposed to prevailing trade winds direction. 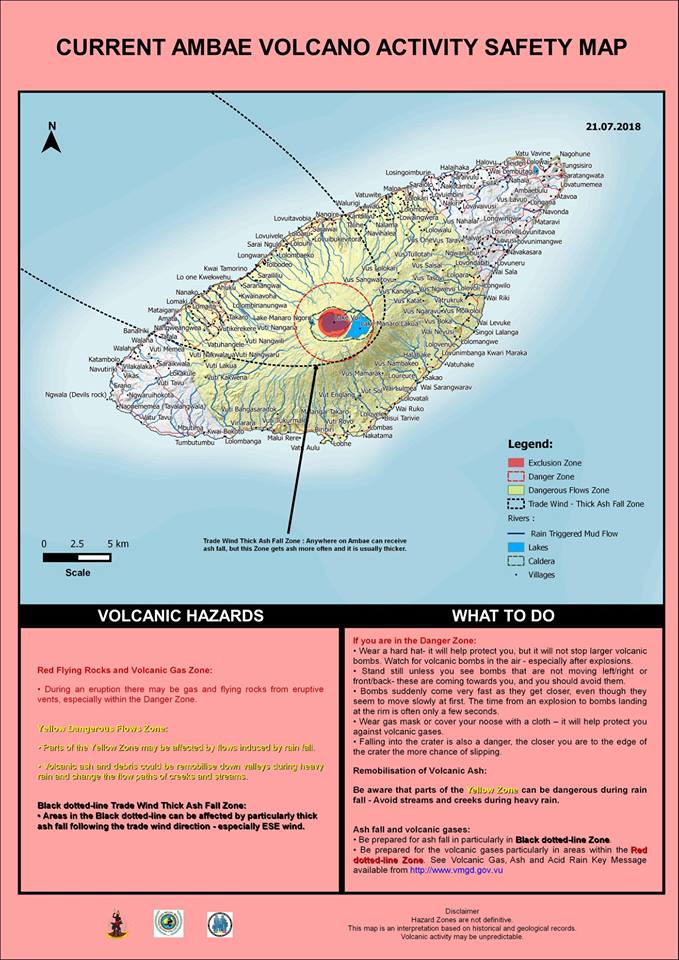