Tropical Storm "Jongdari" formed July 24, 2018, as the 11th named storm of the 2018 Pacific typhoon season. Jongdari continued strengthening on July 25 and is expected to become a typhoon before it makes landfall just south of Tokyo on July 28. There is still plenty of time and uncertainty and the system could still change its track. 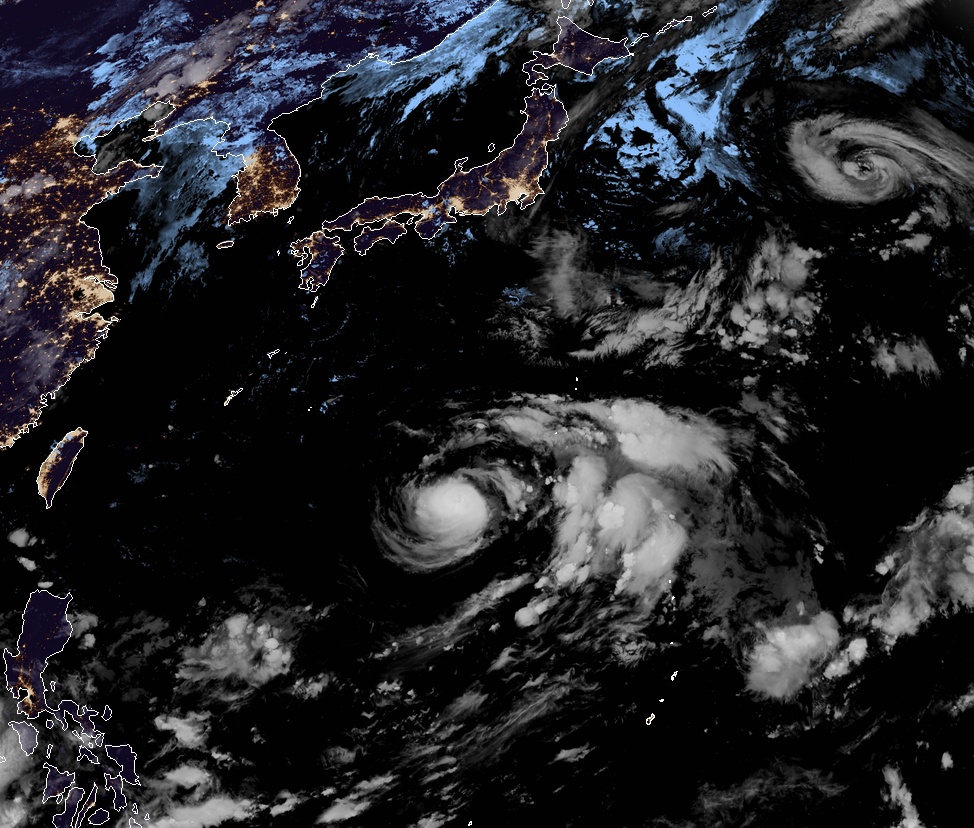 Tropical Storm "Jongdari" at 18:20 UTC on July 25, 2018. Tropical Storm "Wukong" is located east of Japan. However, this storm is weakening and moving away from the country. Credit: JMA/Himawari-8, RAMMB/CIRA

Jongdari is forecast to continue tracking along the northern periphery of the near-equatorial ridge over the next 36 hours. After that, the system will accelerate northeastward to northward through 15:00 UTC, July 28 as the steering ridge to the east strengthens.

During that time, Jongdari is expected to intensify to a peak of 185 km/h (115 mph), turn west and make landfall south of Tokyo sometime on July 28.

However, there is currently a significant uncertainty in the exact trajectory and timing.