This cyclone is expected to be declassified as a tropical cyclone over the next day or so as it moves southeast into the Tasman Sea and then re-intensify as it enters mid-latitudes. Fehi or its remnants are expected to reach South Island, New Zealand with very heavy rain and cross the country on February 1. 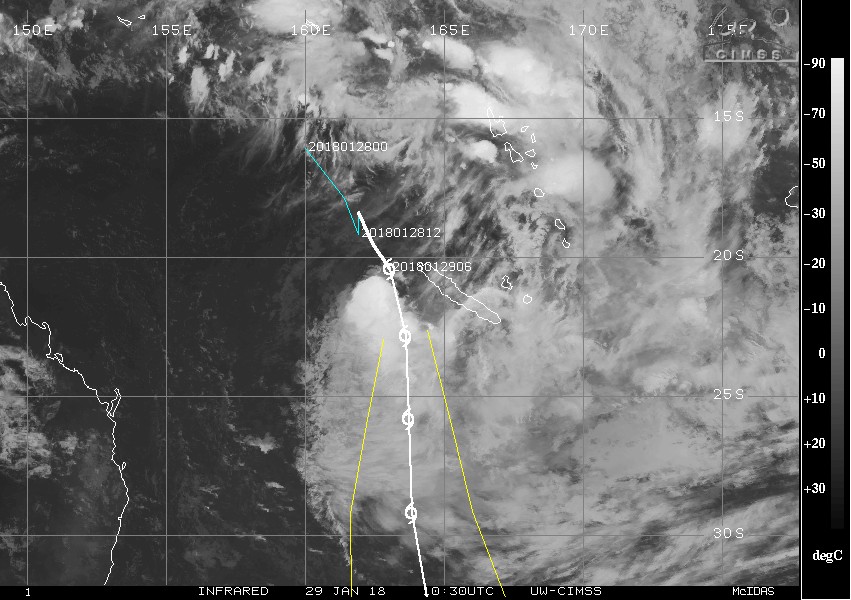 Upper level analysis indicated the vertical wind shear is strong and sea surface temperatures marginal, preventing further development. Fehi should remain near 40 – 45 kt over the next 24 hours and begin the extratropical transition by 18:00 UTC on January 30. The transition is expected to complete by 09:00 UTC on January 31, and models are indicating the system will slightly re-intensify as a cold-core system and expand its wind field as it enters mid-latitudes. 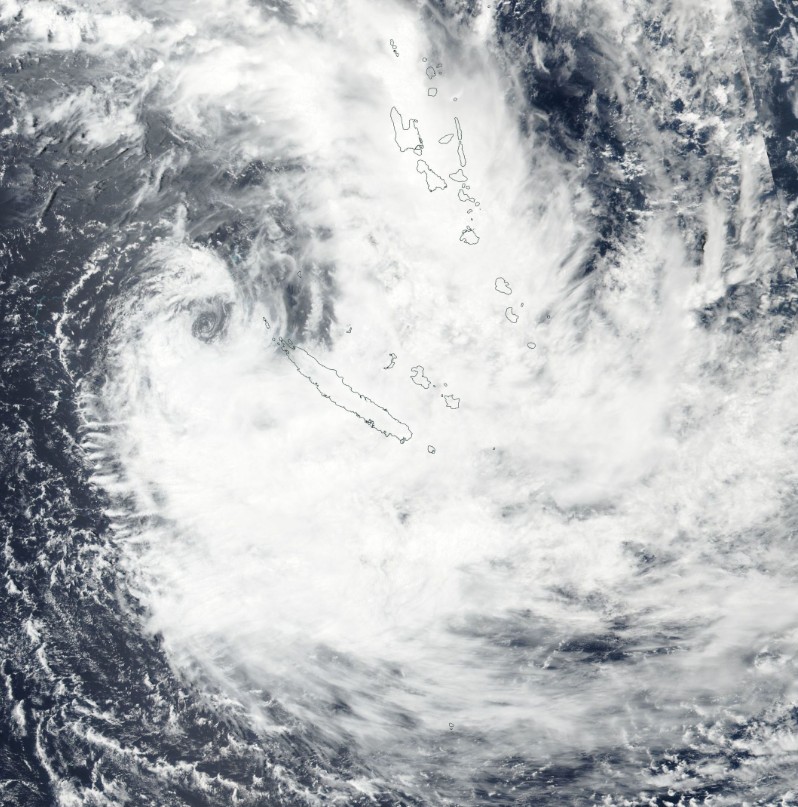 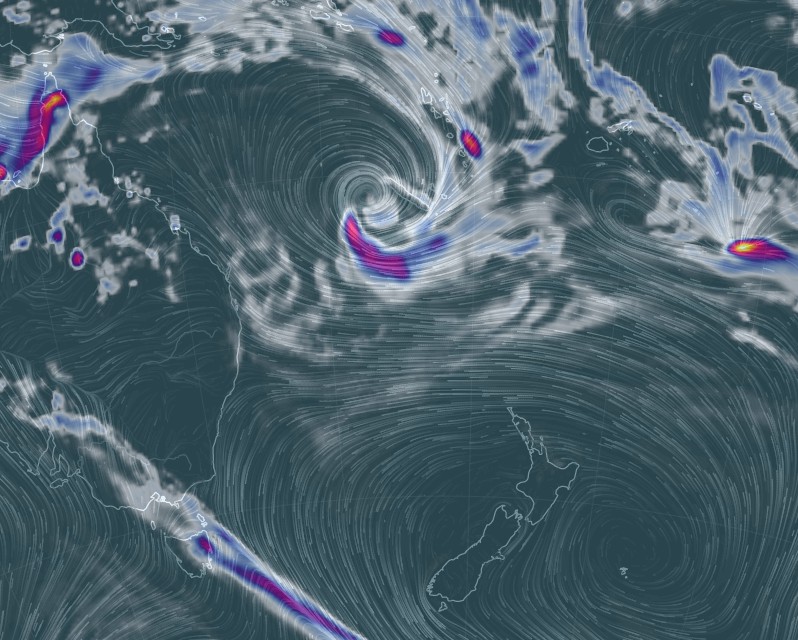 The warmer than usual waters around New Zealand will help fuel this storm and keep very heavy rain and winds going as it approaches New Zealand's western coastline and then crosses the country on Thursday, February 1, WeatherWatch forecasters warned. There is a chance of flooding from this low as well as wind damage. Seas will also be especially rough in western areas later this week.

"This tropical storm is certainly one to watch and all holidaymakers, trampers and those in rural areas should be well aware of the potential for severe weather it may create."