NMC first issued a Yellow snowstorm warning on January 24, the second on their four-tier weather warning system, expecting 5 to 12 cm (1.9 – 3.9 inches) of snow in parts of Anhui, Jiangsu, Henan, Hubei, Shaanxi and Zhejiang.

A Blue alert for cold wave (the highest) is in effect. NMC advised residents to stay indoors and urged local authorities to take precautions on roads, railways, electricity and telecommunications. 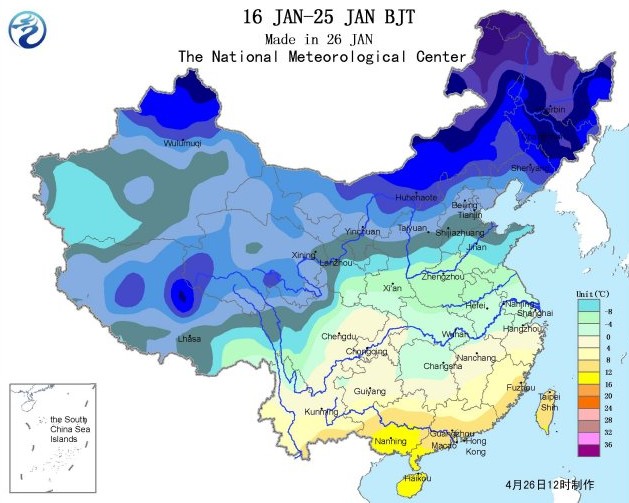 Blizzards in some areas are expected to last more than three days, with new snow falling up to 20 cm (7.8 inches), NMC said.

According to a report by Hubei Provincial Department of Civil Affairs, landslides occurred in Xueyiding Village, Maotian Township, Enshi Tujia and Miao Autonomous Prefecture. At least one person has been killed.

Two rounds of very heavy snowfall that hit China's eastern and central regions at the start of the year killed at least 21 people, destroyed 700 homes and damaged more than 2 800, as of January 8, 2018.