A very bright fireball illuminated the sky over Michigan, US at 01:11 UTC on January 17, 2018 (20:11 EST, January 16) and was followed by a sonic boom heard over a wide area. The USGS registered it as M2.0 earthquake just north of Detroit, Michigan.

50 people reported concurrent sound associated with the event and 114 delayed. Reports are still coming in. 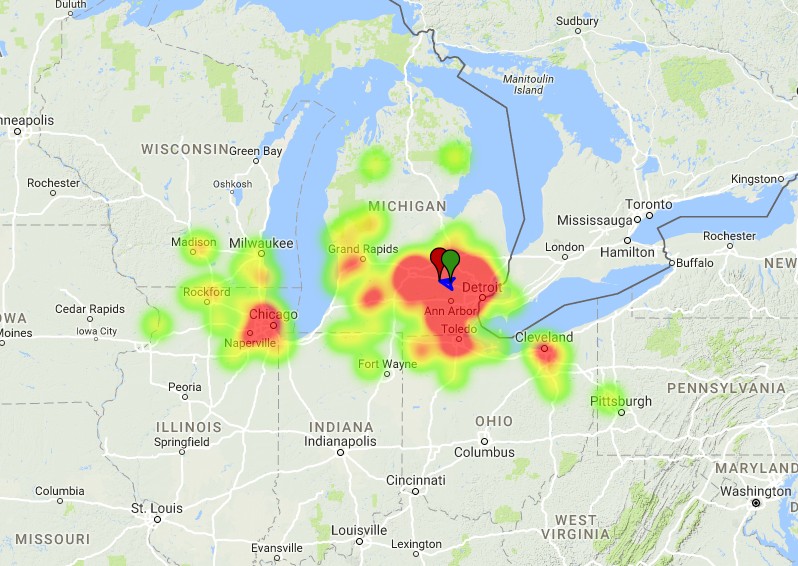 This event was registered by the USGS as M2.0 earthquake just north of Detroit and reported as felt by more than 115 people. The image below shows the approximate location of the epicenter. 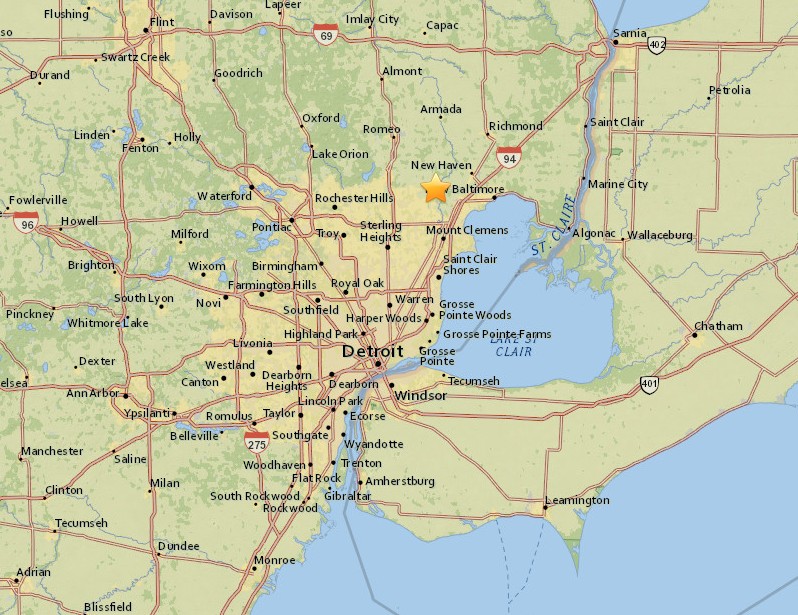 Local law enforcement agencies asked witnesses to stop calling 911 to report the meteor, saying they were tying up the phone lines.

"There is no need to call 911, it's a natural meteor fireball," the Ingham County's Office of Homeland Security and Emergency Management said in a Facebook post.

This event sparked so much interest that people coming to AMS website managed to crash it.

"Major event in Michigan. Server is getting overloaded. We'll be back ASAP, check back soon," AMS said and directed users to submit their reports to the International Meteor Organization (IMO). Since IMO and AMS share reports received, there was no fear of lost reports.

"This fact, combined with the brightness of the meteor (which suggests a fairly big space rock at least a yard across), shows that the object penetrated deep into the atmosphere before it broke apart (which produced the sounds heard by many observers). It is likely that there are meteorites on the ground near this region – one of our colleagues at JSC has found a Doppler weather radar signature characteristic of meteoritic material falling to Earth."

What my security cam caught during the #meteor in #Michigan pic.twitter.com/8vR2Xc3aoa

So people have told me they saw this thing in Northern Michigan, West Virginia, Ohio, Indiana, Illinois, Kentucky, even Texas! Looks like it was central to metro Detroit. (Video: Kevin McCombs) pic.twitter.com/IDGFNJAQaM