At the base of the Transantarctic Mountains lies a geological oddity. Don Juan Pond is one of the saltiest bodies of water on the planet, filled with a dense, syrupy brine rich in calcium chloride that can remain liquid to -50 °C (-58 °F), far below the freezing point of water. But the source of water and salt to this unusual pond remains a mystery — even as hints emerge that water in a similar form could exist on Mars.

A new University of Washington study uses the pond’s bizarre chemistry to pinpoint the water’s source. The recent paper, published September 15 in Earth and Planetary Science Letters, reports that it is fed by a regional deep groundwater system and not, as previously suggested, from moisture seeping down from local valley slopes. 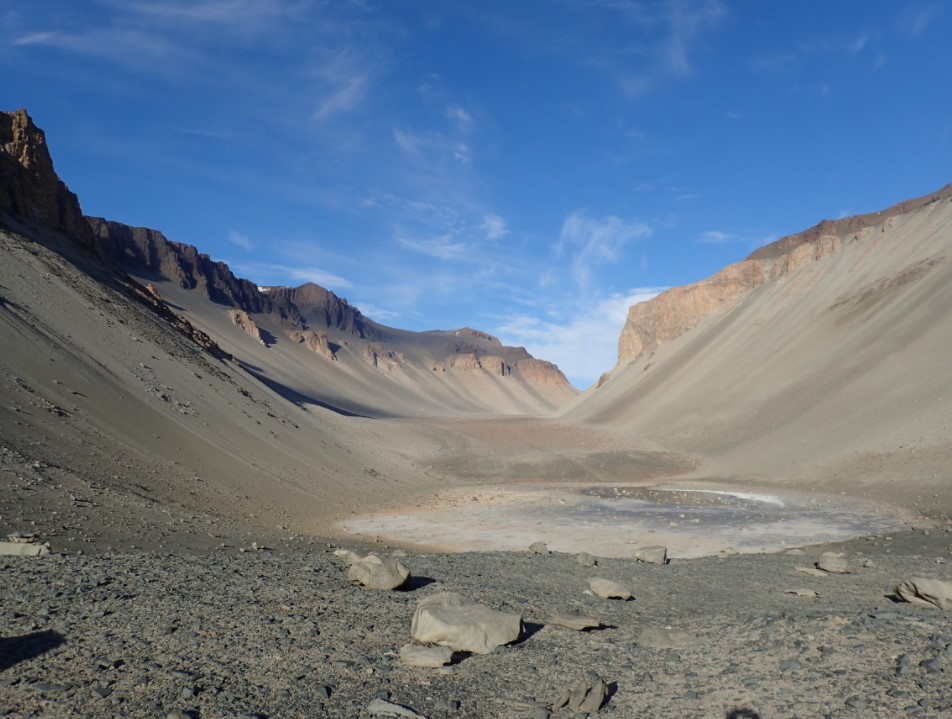 The liquid in Don Juan Pond is almost 45 percent salts by weight. It is in Wright Valley, one of the Antarctic valleys where the air is very cold and dry. Credit: Pierre Roudier/Flickr

"Don Juan Pond is probably one of the most interesting ponds on Earth," said lead author Jonathan Toner, a UW research assistant professor in Earth and space sciences. "After 60 years of extensive study, we still don’t really know exactly where it’s coming from, what drives the fact that it’s visible on the surface, and how it’s changing."

The perennial pond measures about 100 by 300 meters (328 by 984 feet), the size of a few football fields, and is about 10 cm (4 inches) deep on average. It was first visited in 1961 and named after the expedition’s helicopter pilots, Donald Roe and John Hickey, earning it the name Don Juan Pond. The unique salts in the pond lower the freezing point, which is why this saline pond can exist in a place where the temperature ranges from -50 to 10 °C (-58 to +50 °F).

The pond was long believed to be fed by deep groundwater. But then a high-profile 2013 paper suggested that near-surface moisture seeps, similar to recurring slope lineae features recently observed on Mars, were transporting salts downhill to create the salt pond. 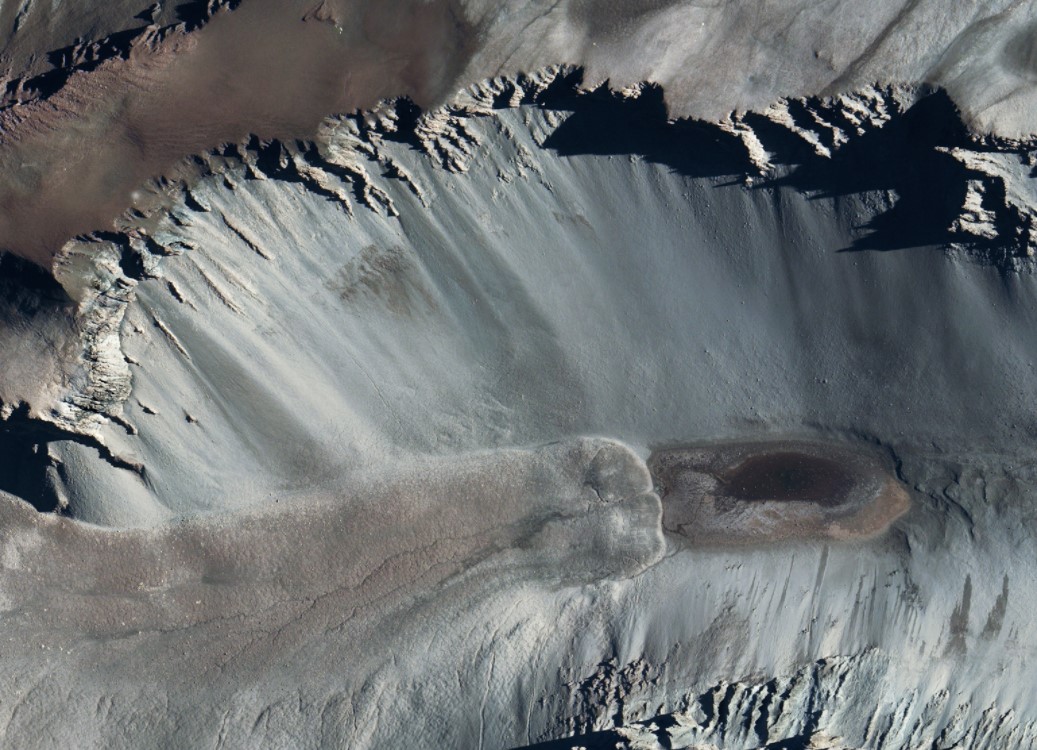 Toner is a geochemist specializing in the formation and properties of water in extreme environments on Earth, Mars and beyond. For the new study, Toner created a model to compute how salty water changes during evaporation, freezing, and with different water and salt inputs and outputs. In Antarctica’s appropriately named McMurdo Dry Valleys, water evaporation concentrates salts in the pond, which forces some salts to crystallize. These processes, along with inputs and outputs, cause the pond’s water to change over time.

Toner ran his model for two situations: one where the water was gurgling up from beneath, and another where it was trickling down from near-surface seeps. Results show that the observed chemical makeup could only be produced from underneath.

"You couldn’t get Don Juan Pond from these shallow groundwaters," Toner said. "It’s definitely coming from the deep groundwater."

His calculations also show that upwelling groundwater cycles through the pond every six months, meaning the water must exit the pond via some unseen underground outflow.

The pond’s hydrology is important to geologists because nowhere on Earth is more similar to Mars. The Red Planet is extremely cold and dry, and the McMurdo Dry Valleys are one of the coldest and driest locations on Earth.

"If there is water on Mars, it’s probably going to look a lot like this pond," Toner said. "Understanding how it formed has large implications for where would you expect to find similar environments on Mars."

Recent studies hint that liquid water might exist on the surface of Mars, potentially harboring life or even eventually supporting long-term human settlements. The darker lines on steep slopes, which look like moisture streaks observed above Don Juan Pond, could be caused by a similar groundwater system.

Toner will be part of a team exploring Don Juan Pond and surrounding areas this December, sponsored by NASA and the National Science Foundation. Researchers will spend six weeks camping near the pond and taking repeated chemical measurements of its liquid. They will also explore the nearby slopes to measure the chemistry of the moisture seeps, and try to find further evidence for the source of salts to Don Juan Pond.

"If we accept that the deep groundwater theory is true, then what we’re seeing could be part of a bigger process that involves quite an extensive aquifer," Toner said. "When thinking about the implications for a similar environment on Mars, that’s much more exciting than just a localized surface phenomenon."

The research was funded by NASA. Other co-authors are Ronald Sletten and David Catling in the UW Department of Earth & Space Sciences.

Provided by University of Washington

Featured image: The liquid in Don Juan Pond is almost 45 percent salts by weight. It is in Wright Valley, one of the Antarctic valleys where the air is very cold and dry. Credit: Pierre Roudier/Flickr