New observations and data analysis by scientists from the Geohazards division of the Vanuatu Meteorology and Geo-hazard Department (VMGD) suggests that the volcano seems to have settled in a more stable state of activity.

According to the VMGD, photographs and thermal infrared images taken during observation flights on Saturday, September 30 and Sunday, October 1, 2017 show that the activity at the volcano is firmly restricted to the crater area.

The activity consists of explosions and ejection of hot rocks similar to that at Yasur on Tanna. "Maybe about every 8 to 10 seconds there was an explosion, throwing lava bombs up maybe 50 to 100 m (160 – 330 feet) above the crater and there’s also two small lava flows that are flowing across the island into the lake as well," said GEONET's vulcanologist Brad Scott who flew over the volcano on Saturday.

Small lava flows were also observed near the small craters, and into the lake. Because the activity is more settled and focused in the summit area, the possibility of a large eruption affecting the whole island is now looking less likely, VMGD said October 1.

Scientists from VMGD will keep monitoring closely the activity, both remotely from Port Vila, thanks to a network of instruments on Ambae, and on the island as needed. 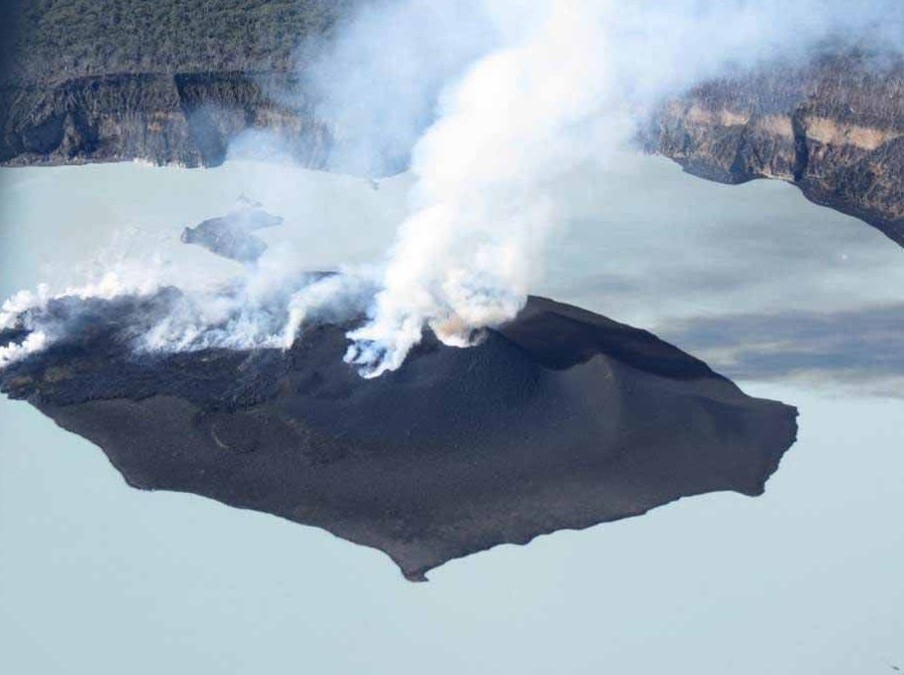 As reported by Reuters on October 1, Vanuatu has launched a Dunkirk-style evacuation on the northern island of Ambae as a flotilla of boats rescues islanders from an erupting volcano that has polluted many of the island’s sources of drinking water.

Crowds of islanders from at least three evacuation points on the island have begun boarding ferries, canoes and commercial vessels for the safety of surrounding islands Maewo, Pentecost and Santo.

The eruption has polluted many of the island’s water sources leaving thousands of people in need of safe drinking water, Red Cross delegate Joe Cropp told Reuters by phone on Sunday. "Water is crucial," he said. "It’s important to get on top of it right away."

The Alert Level for Ambae volcano remains at Level 4. This means that the Ambae volcano is in an ongoing moderate eruption state. At this Alert Level, the volcanic activity is likely to continue to increase or decrease to its normal level of unrest at any time. The danger is in the Red, Grey, Orange, and White dotted Zones (see map below). 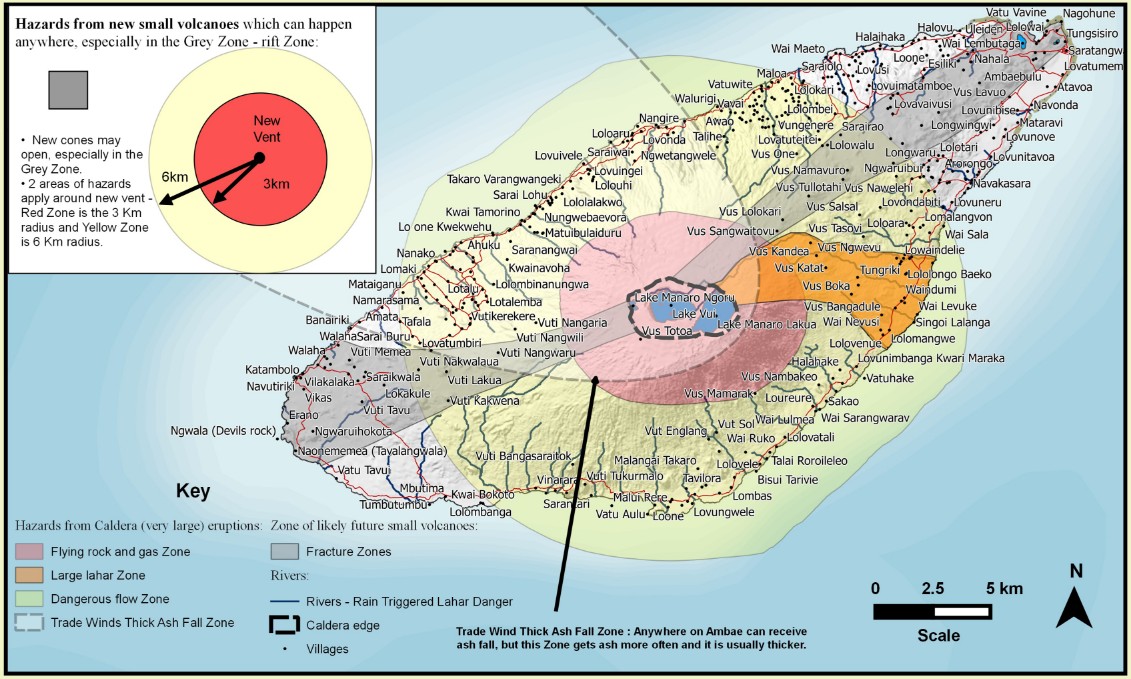 This is a reminder to all visitors to must not access the Red Zone, zone of flying rocks and volcanic gases which is about 6.5 km (4 miles) radius from Manaro Voui (Ambae). Villages located in the Grey and Orange Zones will expect unusual volcanic hazards and ash falls can be expected around the island especially in villages exposed to prevailing trade winds direction, White Zone dotted. Acid rain may also be expected in that zone. Acid rain cause foliage fumigation hence damage garden crops.