Volcanic explosions were recorded at Vanuatu's Ambae volcano at 07:32 UTC (18:32 LT) on October 30, 2018. The Volcanic Alert Level remains at Level 2 and danger to direct safety to life for visitors and communities remains at 2 km (1.2 miles) radius around the eruptive vent.

The explosions were accompanied by the ash column up to 4 – 5 km (13 000 – 16 000 feet) above the crater, the Vanuatu Meteorology and Geo-hazards Department reports.

Areas from Ambae's south to the south-east of Ambae that are exposed to the upper-level NW wind direction including part of South Maewo and North Pentecost would have experienced moderate ash fall.

The local population from neighboring islands can hear rumbling from the volcano, smell volcanic gases and see volcanic ash and/or gas plume.

All tourism agencies, local authorities and the general public are highly advised to consider this information, VMGD said. 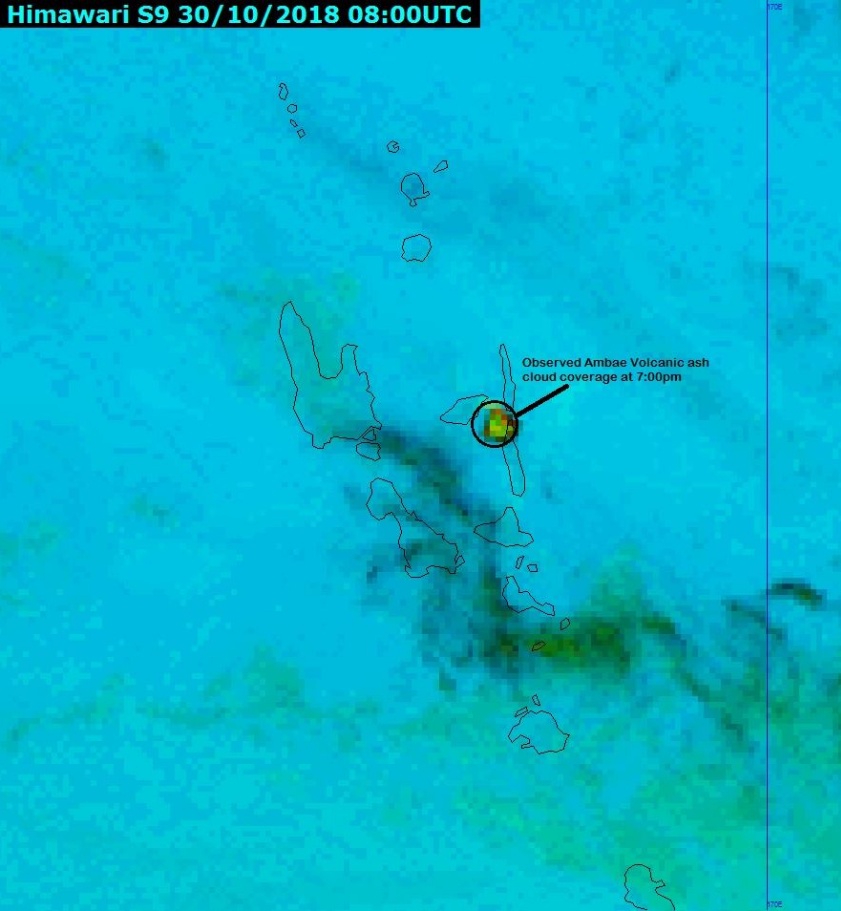 Although the possibility that the Ambae volcano activity escalates to the level of Minor eruption is now low, there are still thousands of displaced people who anticipate returning to their home island at the end of the state of emergency next month. Meanwhile, aid is still coming in from other Ni-Vanuatu people who want to help.

Activity at Ambae’s Lake Voui was characterized only by steam emissions and the eruption had ceased, VMGD reported September 21 and lowered the Alert Level to 2 (on a scale of 0 – 5).