A powerful explosive eruption took place at Russia's Sheveluch volcano at 17:40 UTC on Sunday, July 23, 2017, producing strong pyroclastic flows. The explosions sent ash up to 12.2 km (40 000 feet) above sea level, according to the Tokyo VAAC. The Aviation Color Code was raised to Red and lowered back to Orange at 22:16 UTC.

Ash plume drifted to the north-east, KVERT said following the eruption, adding at 22:35 UTC that strong gas-steam activity possibly with a small amount of ash continues.

By 22:10 UTC, the ash cloud continued drifting to the north-east. Its front was located about 700 km (434 miles) from the crater, according to Himawari-8 satellite imagery. 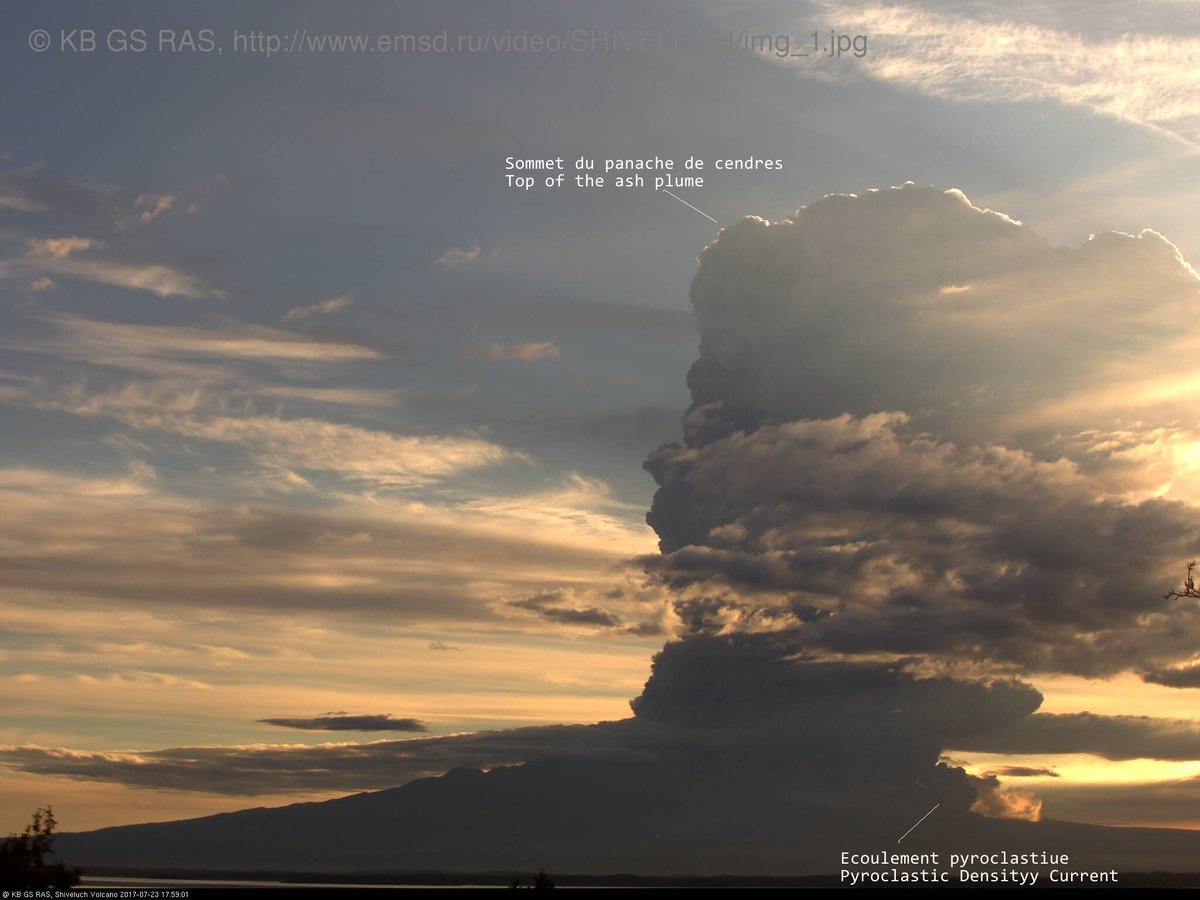 Ash explosions up to 10 – 15 km (32 800 – 49 200 feet) above sea level could occur at any time, KVERT warned. Ongoing activity could affect international and low-flying aircraft.