Several rounds of severe thunderstorms that rolled through Michigan Thursday into Friday, July 6 and 7, 2017, left one person dead, numerous trees and power lines down, and more than 156 000 Consumers Energy customers without power. As of 05:00 local time today, more than 130 000 were still without power.

More than 156 000 Consumers Energy customers were without power across the state of Michigan after an upper-level disturbance moved through lower Michigan producing severe thunderstorms and strong winds that ripped through the region, damaging more than 200 power lines.

The company said most of the outages are on the west side of the state, but some central parts are without power too. The power is expected to be restored by Sunday night, July 9, but it's possible that additional storm activity prolongs restoration times.

The outages forced schools and businesses to close Friday as well as traffic disruption across the affected region.

According to Grand Haven Public Safety Director Jeff Hawke, one elderly man was killed after a large tree fell on his home in Highland Park's Poplar Ridge.

In Charlotte, MI @KevinLaverywkar reports many trees down, one fell on a house #stormdamage #miwx pic.twitter.com/U8SwlvDfYO

Another look at the towering thunderheads lit up by nonstop lightning this morning in Middleville. @StormHour #miwx #wx pic.twitter.com/BtP2aGKbP1

The National Weather Service reported wind gusts of 80 to 130 km/h (50 to 80 mph) throughout the region. 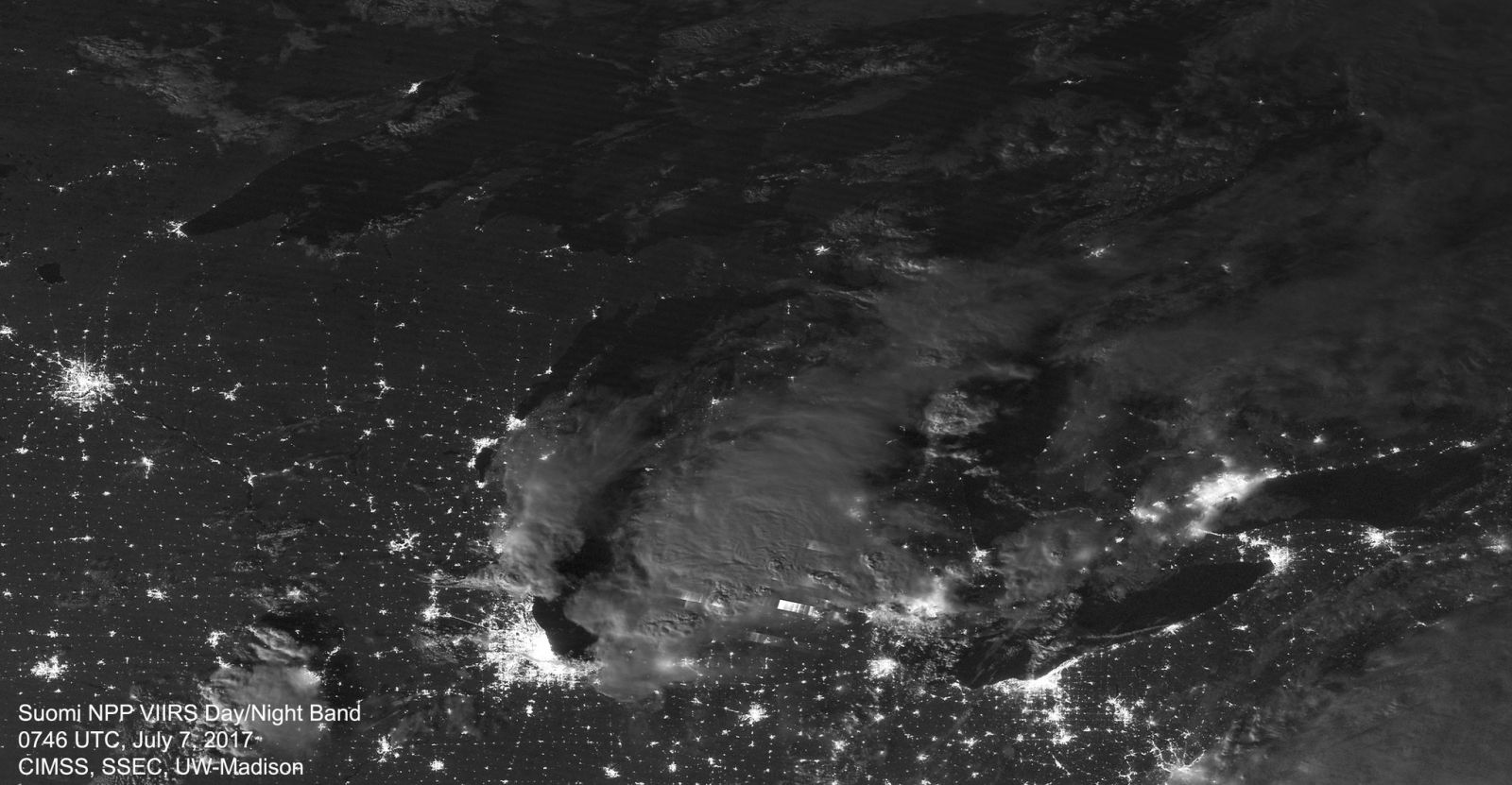