An intense earthquake swarm is in progress near the city of Ohrid, Macedonia since June 18, 2017. Major earthquakes occurred in this region during historical times and the seismic hazard is among the highest of the Balkan Peninsula. The last prominent earthquake in this region occurred on February 18, 1911. It was a magnitude 6.7 earthquake at a depth of 15 km (9.3 km). 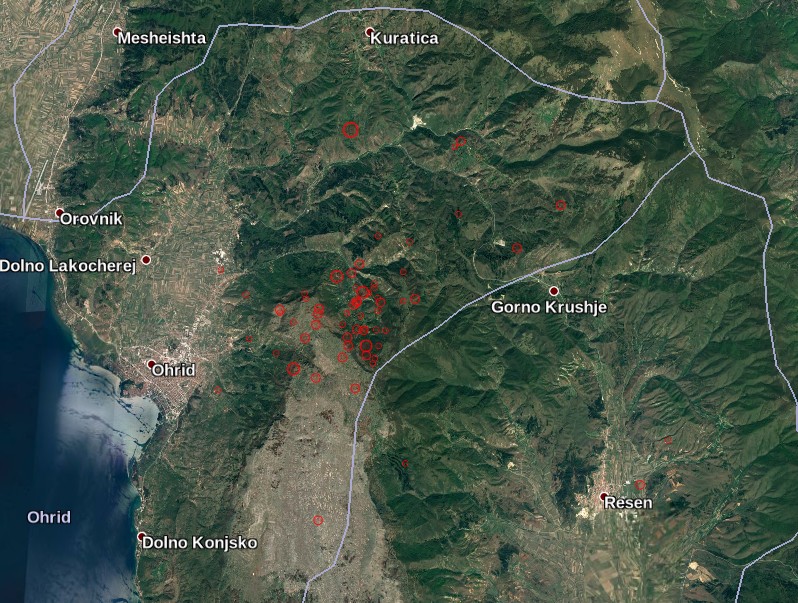 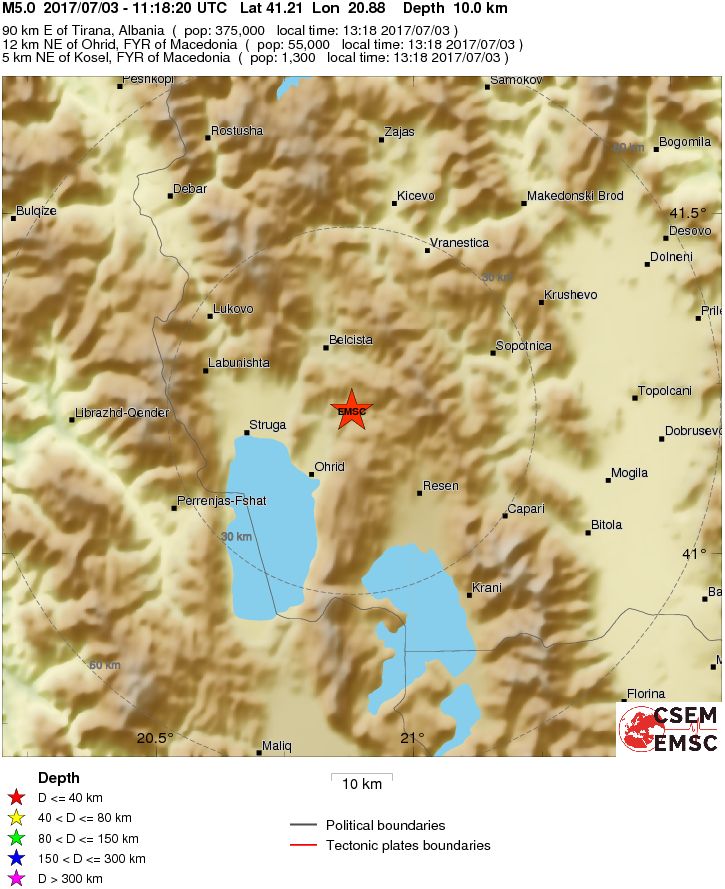 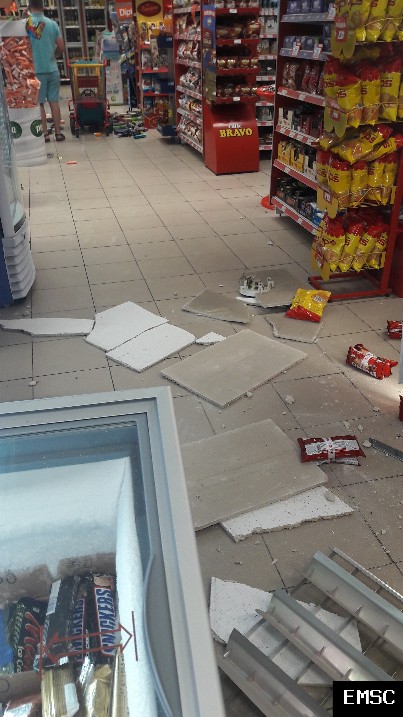 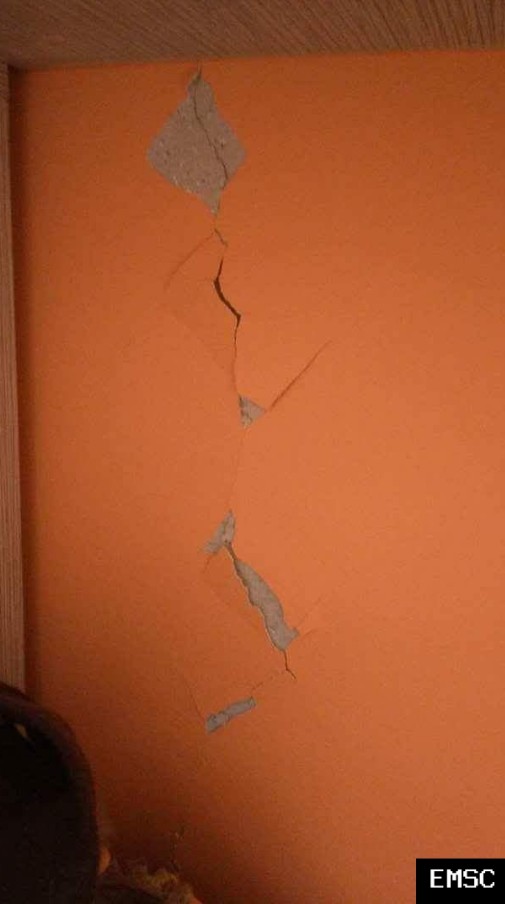 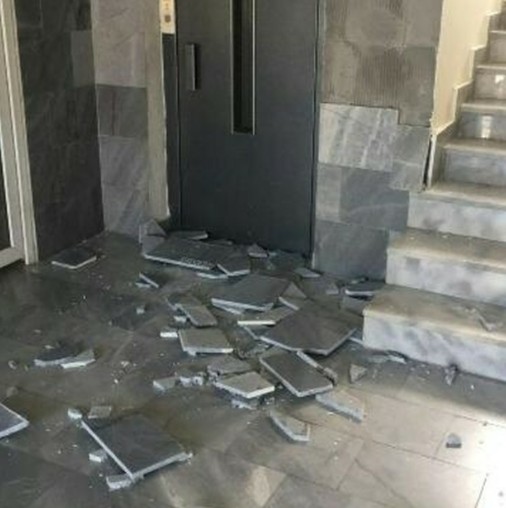 Active tectonics in the Ohrid Basin

The Ohrid Basin is a major N-S trending graben structure located on the border of Macedonia and Albania, associated with other basins (Korce basin) in the Dinaride mountain belt. Within the basin an "ancient lake" developed since the Late Miocene/Pliocene with almost 290 m water depth. Since the beginning of basin formation around 700 m of sediment accumulated in the lake, the initial stage of subsidence is triggered either by extension or strike-slip movements. The general geodynamic setting of the Lake Ohrid area can be described with a "basin and range" situation. The multidisciplinary ICDP-SCOPSCO initiative is currently investigating Lake Ohrid and its environs.

The central mountain chain, especially the intramontane basins of Late Neogene age, form one of the most active seismic zones in Albania/Macedonia with several moderate earthquakes reported during the last few centuries (Muço 1998; NEIC database, USGS).

Major earthquakes occurred during historical times. Lychnidos (the ancient city of Ohrid) was destroyed completely by an earthquake in 526 AD. It was rebuilt by Emperor Justinian (527-565), who was born in the vicinity, and was called by him Justiniana Prima, i.e. the most important of the several new cities that bore his name. The last prominent earthquake took place in on 18th February 1911 at 21.35 close to Lake Ohrid Basin, (M 6.7, corresponding to EMS X; 15 km depth, N 40.9°, E 20,8°). 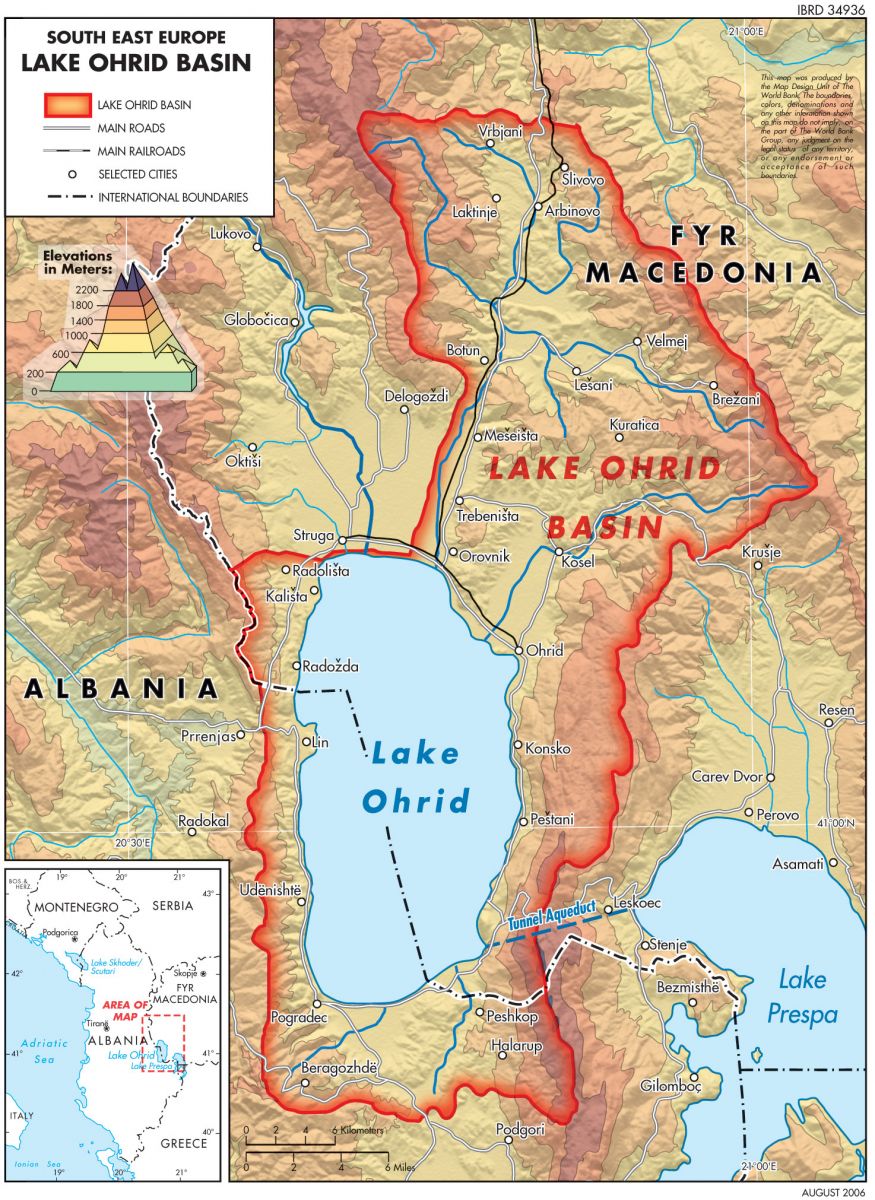 Lake Ohrid Basin is a graben structure situated in the Dinarides at the border of the Former Yugoslavian Republic of Macedonia (FYROM) and Albania. It hosts one of the oldest lakes in Europe and is characterized by a basin and range-like geological setting together with the half-graben basins of Korca, Erseka and Debar. The basin is surrounded by Palaeozoic metamorphics in the northeast and north and Mesozoic ultramafic, carbonatic and magmatic rocks in the east, northwest, west and south. Palaeocene to Pliocene units are present in the southwest. With the basin development, Neogene sediments from Pliocene to recent deposited in the lows.

Three major deformation phases lead to the basin formation: A) NW–SE shortening from Late Cretaceous to Miocene; B) uplift and diminishing compression during Messinian – Pliocene; C) vertical uplift and (N)E–(S)W extension from Pliocene to recent. Neotectonic activity of the study area concentrates on N–S trending normal faults that flank the Ohrid Basin on the east and west.

Seismic activity with moderate to strong events is documented during the last 2000 y; the seismic hazard level is among the highest of the Balkan Peninsula. Activity of the youngest faults is evidenced by earthquake data and field observations. Morphotectonic features like a wind-gap, fault scarps, a stepped series of active normal faults, deformed palaeosols, and fault-related hydrothermal activity are preserved around Lake Ohrid and allow delineating the tectonic history. It is shown that the Lake Ohrid Basin can be characterized as a seismogenic landscape.