By 07:21 UTC on June 28, the Nevada Seismological Lab and USGS registered 40 earthquakes in the area, with magnitudes ranging from 0.1 to 4. All earthquakes are occurring at shallow depths up to 6.8 km (4.2 miles). 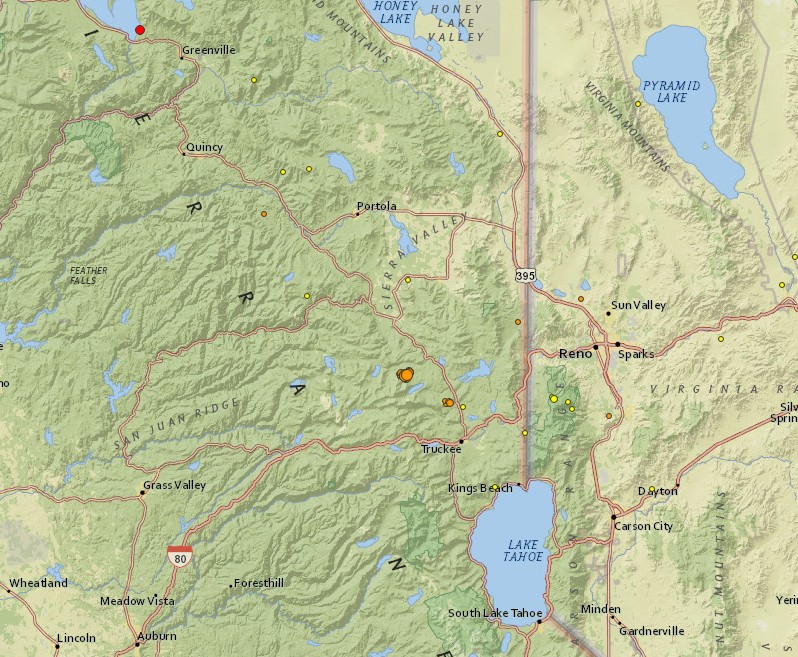 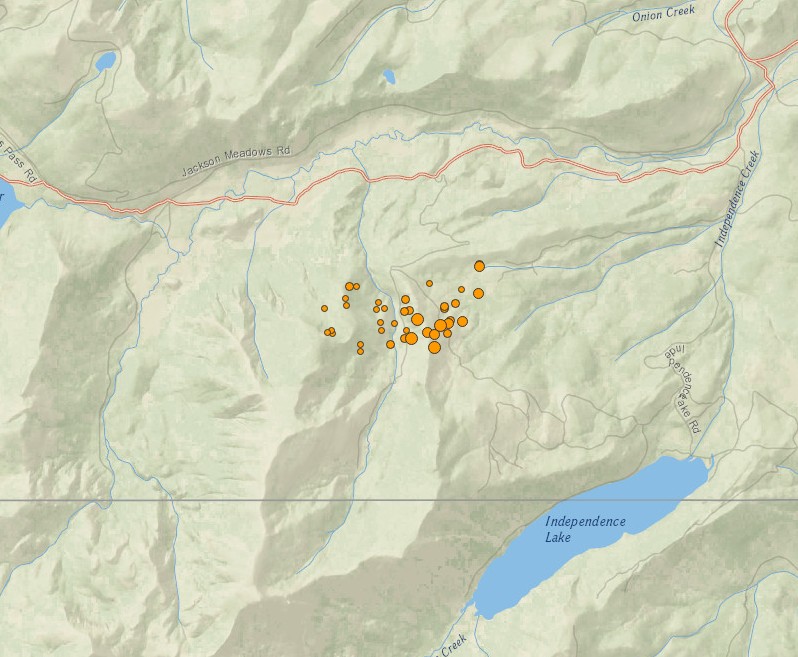 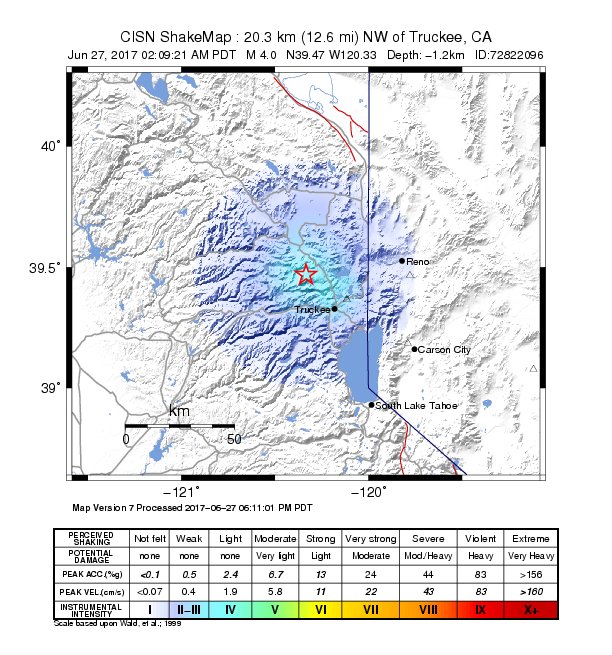 "This part of the Western United States, in between the Sierra Nevada Microplate and the Basin and Range Province, is what is known as Walker Lane," David Jacobson of Temblor says.

"This shear zone, together with the San Andreas Fault, accommodates the majority of plate motion between the Pacific and North American plates. Walker Lane is predominantly made up of discontinuous sets of right-lateral strike-slip faults. In the area around the swarm, there are several mapped faults, including the Polaris Fault and East Truckee Fault Zone. While these are known right-lateral faults, consistent with the predominant motion in the area, the sense of slip on today’s earthquakes is ambiguous. One of the reasons why this is the case is because due to the small magnitudes, the quakes may have occurred on smaller antithetic faults rather than structures associated with the large northwest-southeast-trending right-lateral faults.

"Despite the fact that these small earthquakes do not pose a risk to residents in the area, their location allows us to highlight the larger faults, which are capable of M6.5+ quakes. This includes not only the Polaris Fault, which runs through the town of Truckee, but the faults that bound Lake Tahoe, and the Carson City Fault. If such an earthquake were to occur on any of these faults, the consequences could be severe. While this may seem like an unlikely event, such a quake is not out of the question. Based on the Global Earthquake Activity Rate (GEAR) model, which is available in Temblor, a M=6.0+ quake is likely in your lifetime in this region. This model uses global strain rates and seismicity since 1977 to forecast the likely earthquake magnitude in your lifetime anywhere on earth. " 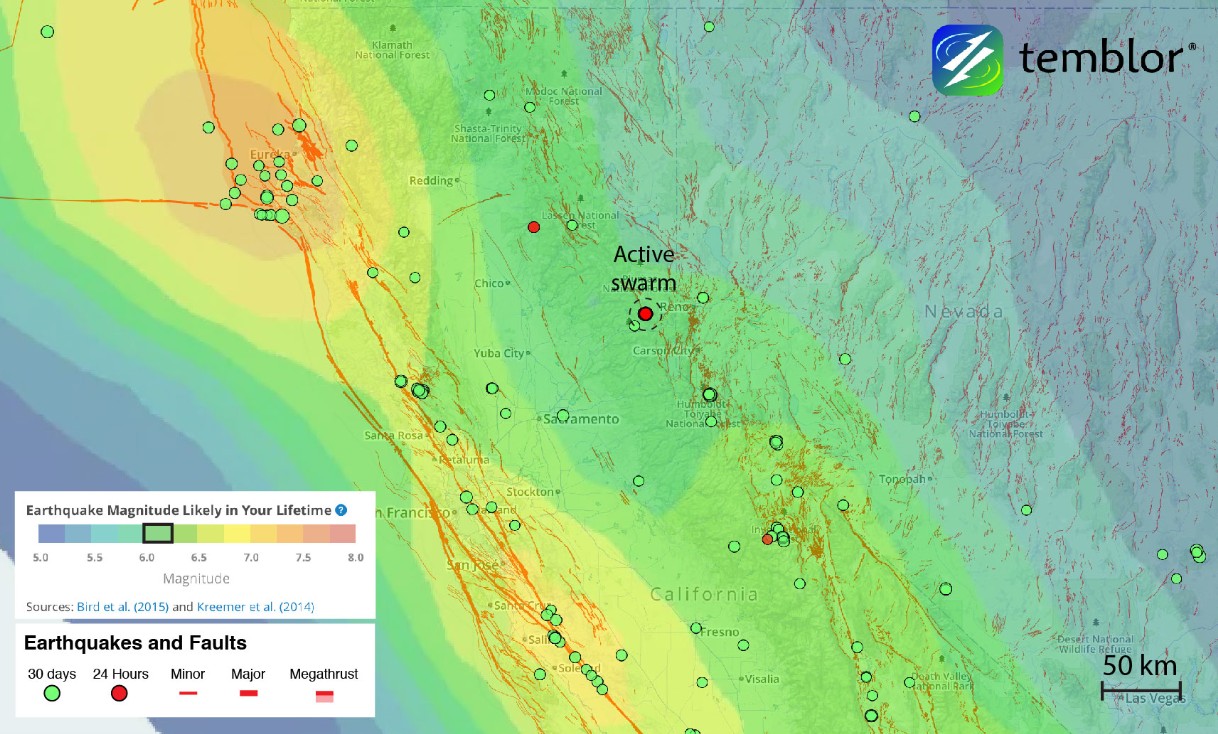 This Temblor map shows the Global Earthquake Activity Rate (GEAR) model for California and Nevada. This model uses global strain rates and seismicity since 1977 to forecast the likely earthquake magnitude in your lifetime anywhere on earth. From this figure, one can see that around the location of the active swarm, a M6.0+ earthquake is likely.