Hundreds of thousands of people have been stranded in major flooding in Thailand's south since January 1, 2017. Authorities reported Sunday, January 8, that at least 19 people have died and that military forces have been deployed to cope with massive flooding. The worst is not over yet, meteorologists warned.

The floods have ravaged 10 provinces in the region since the new year, with only Yala and Ranong seeing the situation easing, according to the Disaster Prevention and Mitigation Department.

In some villages, the water level has reached roof height. Bridges have collapsed in some districts of Nakhon Si Thammarat province, leaving more than 10 000 villagers stranded, the Anadolu Agency reported.

“A major effort is required to ensure people are moved to higher ground and receive food and medical supplies,” junta spokesman Gen. Sansern Kaewkamnerd told the Bangkok Post. The armed forces have opened command centers, under the responsibility of military officers, in flood-ravaged areas in order to coordinate rescue and relief efforts.

“Each center chief will play a role in setting up units which will be deployed to assist in emergency operations,” said Kaewkamnerd.

Disaster Prevention and Mitigation Director, Gen. Chatchai Promlert, said Sunday that 19 people had died and one is still missing.

Local media reported hundreds of thousands of people had been stranded in their homes. Around 700 000 people have been affected. 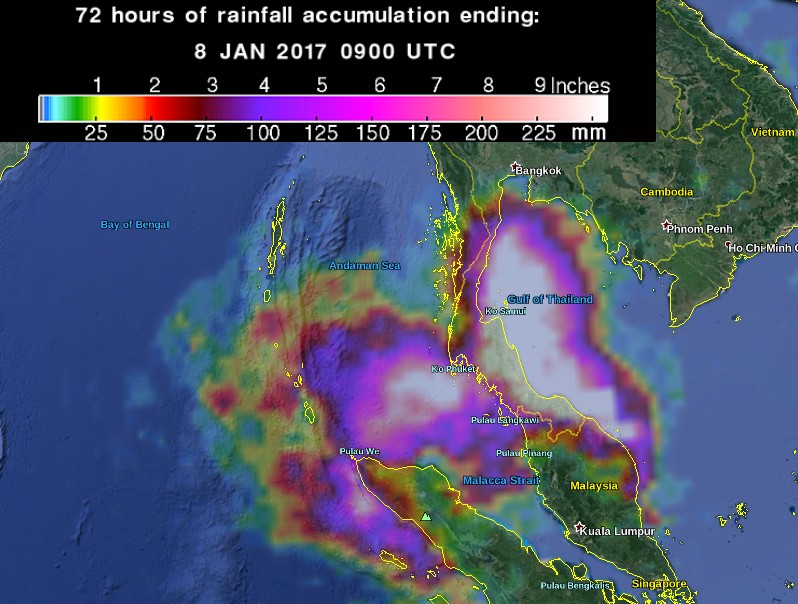 Outbreaks of persistent heavy to torrential rains are forecast for 13 provinces from now until Tuesday, January 10 as the active low pressure over the Andaman Sea, the South and the west coast is moving north slowly into the Gulf of Martaban and Myanmar, according to the Meteorological Department on Sunday. 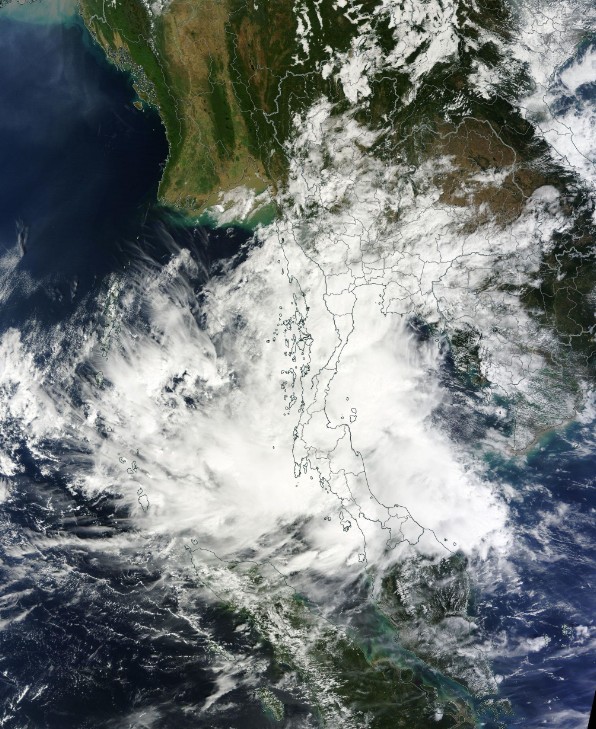 The strong northeast monsoon still prevails over the Gulf of Thailand and the South forcing waves up to 2 – 3 meters (6.5 to 9.8 feet) high in the Gulf and Andaman Sea. People should beware of inshore surge. All ships should proceed with caution, and small boats keep ashore for the next few days.

January is typically the driest month in Thailand.

The death toll has risen to 36.

The rain has eased in some parts of the south and the water is starting to recede, allowing a major clean-up to get underway, the ABC reports.

At least one major hospital, an airport and several highways are still closed.

The number of victims has risen to 43, Thailand's Department of Disaster Prevention and Mitigation reported.

The Ministry of Interior said more than 1.6 million people have so far been affected. More than 530 000 homes have been damaged by floodwater.

Further heavy rain is expected between January 16 and 22.