Tropical Depression 01W (One), the first tropical depression of 2017 NW Pacific typhoon season, has formed just east of the Philippines on January 7, 2017. TD 01W, locally known as Auring, has already made landfall. Due to heavy rain associated with the system, authorities have alerted against possible flash floods and landslides.

Auring made landfall over Siargao Island, Surigao Del Norte, Philippines around 14:00 local time on January 8, 2017 (06:00 UTC). According to the PAGASA, estimated rainfall amount is from moderate to heavy within 300 km (186 miles) diameter of the tropical depression.

The first tropical depression of the 2017 NW Pacific season has formed just east of the Philippines. Not forecast to intensify much. pic.twitter.com/SlPswBZGaJ

Residents of areas with TCWS #1 (Luzon, Visayas, Mindanao) and over the rest of Eastern and Central Visayas are alerted against possible flash floods and landslides. Fisherfolks and those with small seacrafts are advised not to venture out over the eastern seaboard of Visayas and of Mindanao. Tropical Cyclone Warning Signals elsewhere are now lifted.

PAGASA forecasters said rains with gusty winds are expected over Caraga region and the provinces of Misamis Oriental, Camiguin, Negros, Cebu, Bohol, Siquijor and Southern Leyte. Cloudy skies with moderate to occasionally heavy rains and isolated thunderstorms which may trigger flashfloods and landslides will be experienced over the rest of Visayas. Cloudy skies with light to moderate rains and isolated thunderstorms will prevail over the rest of Mindanao and the regions of MIMAROPA and Bicol. Partly cloudy to cloudy skies with isolated light rains will be experienced over Metro Manila and the rest of Luzon. 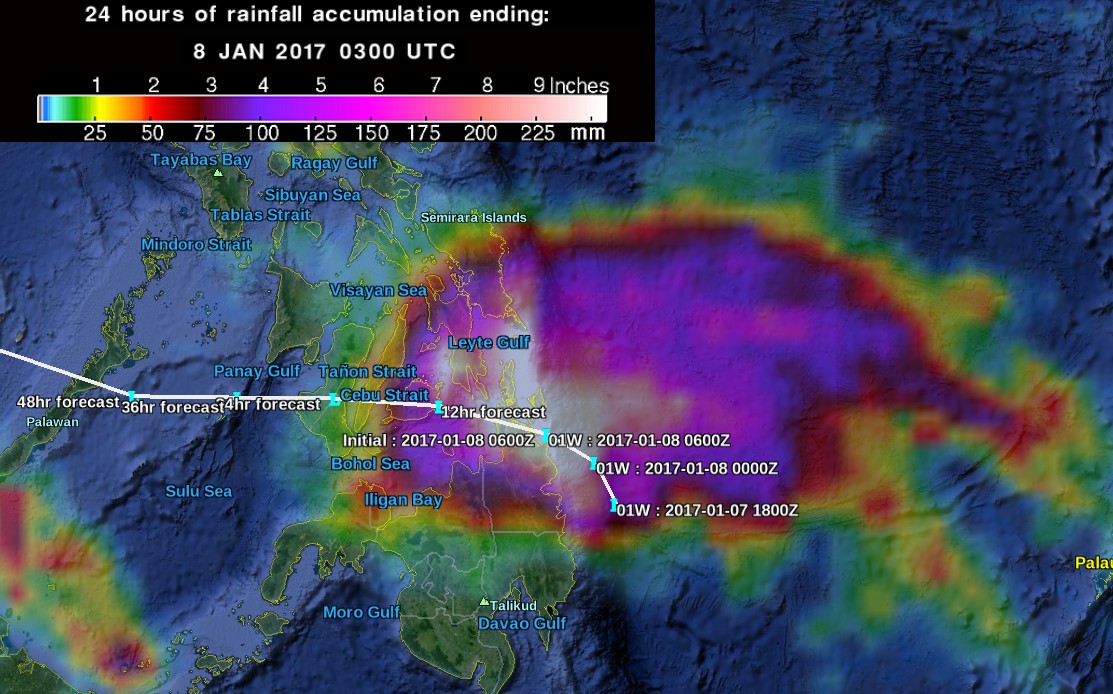 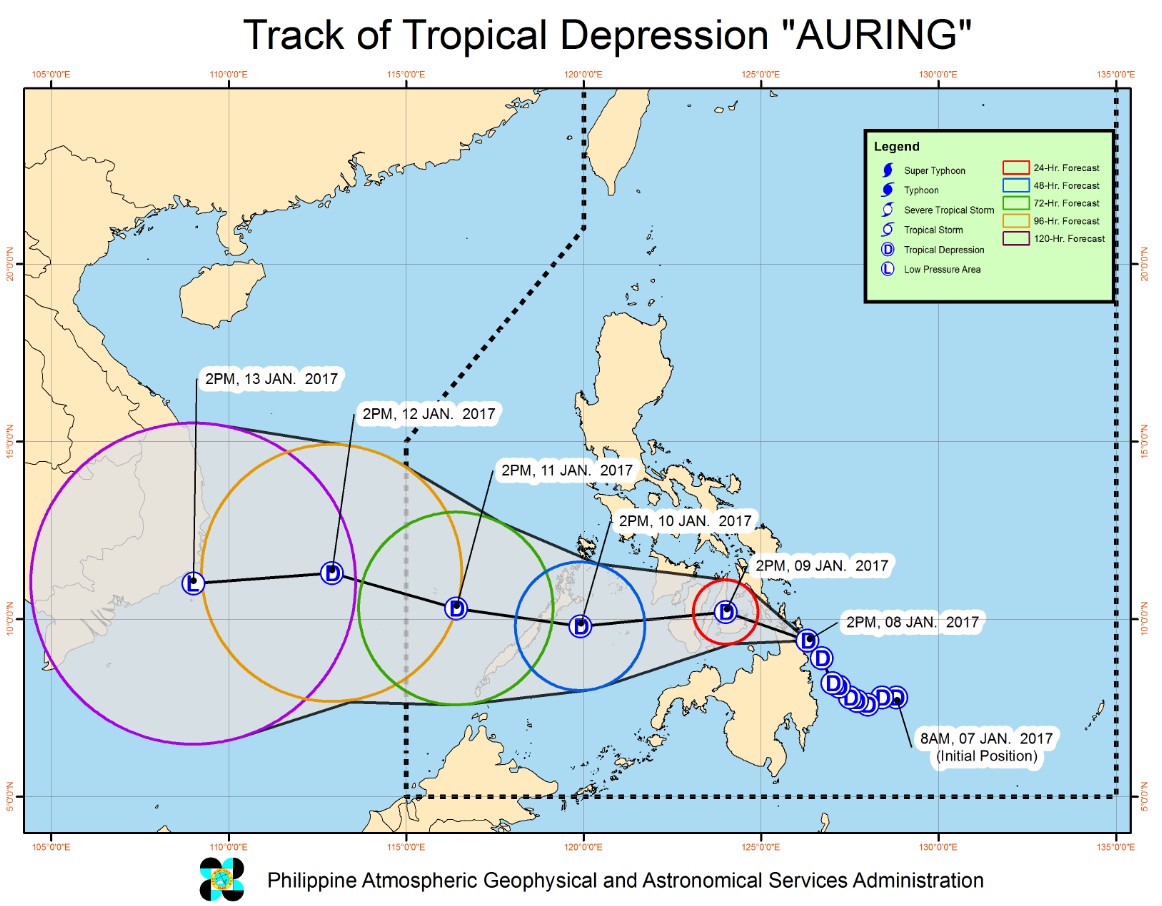 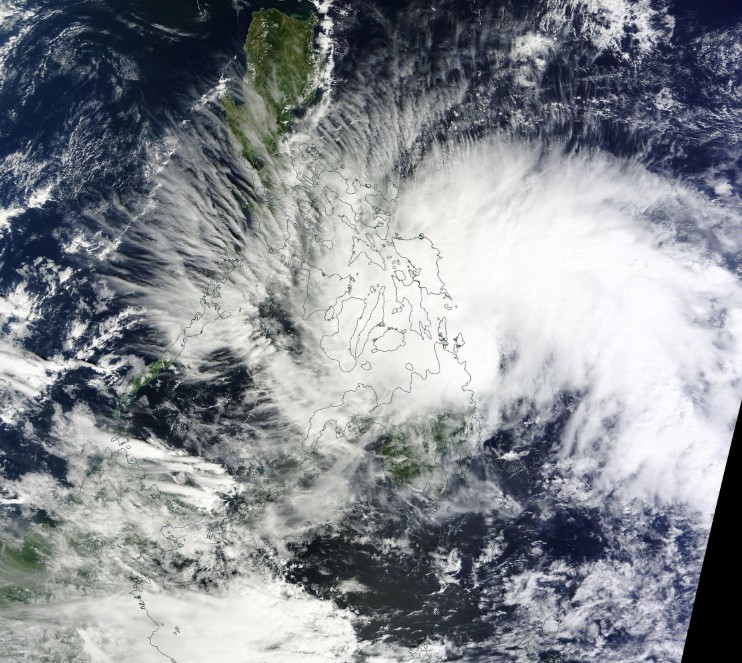 According to the JTWC, Auring will cross the Visayan islands before exiting into the South China Sea within the next 48 hours. Land interaction will weaken the system over the next 24 hours and then slightly recover in the Sulu Sea.

After 48 hours, Auring will make one final island crossing through Palawan before dissipating in the South China Sea due to increased vertical wind shear and cold northerly surge.